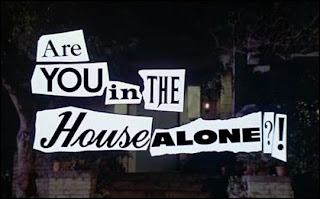 Randy Stumpf, where are you? I know him best as Andy, Billy’s sleazy co-worker in Silent Night, Deadly Night, but Randy was all over the airwaves in the 70s and early 80s. I just watched him on the first episode of The Brady Brides and I also remember seeing his mug in several other shows. According to IMDb, Deadly Night was Randy’s last foray into world of celluloid, and goshdarnit, I kind of miss that lug. Like, I didn’t know I missed him until I revisited this awesome little potboiler, but I do. 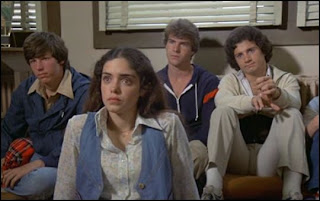 That's Mr. Stumpf next to Mr. Quaid! I could just die!


Randy is E.K. Miller in Are You in the House Alone, and he’s red herring #1 or #2, depending on how you list your red herrings. Too obvious to truly consider him a potential rapist, he’s still got that sleaze thing down pat. He’s the one you love to hate. The other red herring just oogs you out. Big difference. OK, so let me get to the plot here. The beautifully petite and buxom Kathleen Beller is Gail Osborne, a fun and studious teenager who has been looking for love in all the wrong places. E.K. is one of her exes and he’s pretty pissed that he’s no longer a current. When she hooks up with the gorgeous Steve (Scott Colomby from the Porky’s series) E.K. gets pretty indignant. But Gail’s got worse problems. Someone is stuffing creepy notes into her locker and these "love letters" are followed by disturbing phone calls. Gail reaches out in different ways to the principal (Ellen Travolta!), her parents (Tony Bill and Blythe Danner) and even her BFF Allison (Robin Mattson), but they all suggest she simply ignore it. Eventually everyone will come to regret that advice, and Gail’s eventual assault comes with a heavy price for everyone. 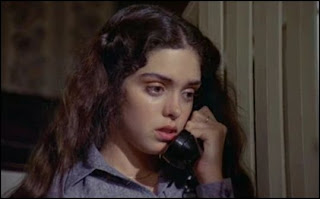 I said a large pizza and please hold the psycho, thanks.


Are You in the House Alone is based on a young adult novel by Richard Peck, and while the adaptation (written by Judith Parker) does indeed have an Afterschool Special tinge to it, the underlying message is rather empowering. Gail’s assault, triumph over adversity and the crafty way which she catches her rapist seem rather fresh, considering the 70s was a decade where women were still being held as accountable in the crime as their attacker (A Case of Rape is a great example of this problem). Things don’t come out exactly as good-beats-down-evil, but it does encourage women to own their lives instead of giving it up to fear. 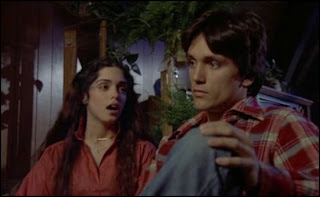 
I don’t know why, but House is often put into the horror genre, and sometimes it’s even narrowed down more into the slasher sub-genre. While what happens to Gail is certainly horrific, there’s not much in the way of true horror here. What we’ve actually got is a solid thriller with lots of build up and a nice payoff thanks to director Walter Grauman's sense of pacing. The cast is amazing, and a young Dennis Quaid really stands out. Between this and Seniors, he was, like, the hottest thing the 70s saw. I’m telling you, he’s got star written all over him! I’ve always adored Scott Colomby and he’s really giggle-worthy here and a great match with Gail. Of course Randy is the perfect sleazeball - I am seriously in love with that guy. The relationships in House are really strong, whether it is Gail and her teachers, Gail and her parents or Gail and her friends. There’s a genuine sense of closeness and safety in her life that makes the attack that much more brutal, and in TV land less has to be more. The only real issue I had was accepting Tony Bill playing a father with a teenage daughter. Seriously, wasn't he the mid 20s-ish studly teaching assistant in The Initiation of Sarah (which also aired in 1978)? Crazy. Oh yeah and that weird photography class where Gail is forced to act sexy in front of the camera is just plain creepy. 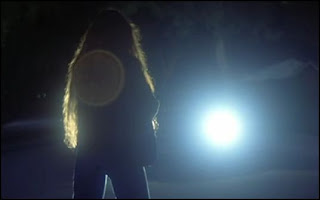 
While I don’t remember seeing the original airing, I did catch House a couple of times on TBS in the early 90s and loved it. I remember really enjoying it when I revisited it in the early 2000s, around the time I was reigniting my love of TV movies. And now, after almost another 10 year time span, I still really appreciate this taut little thriller. It works not just because I love that “Have you checked the children?” scenario but also because it’s really well put together. The story is intriguing and I really like the way it all plays out. Beller made a few good TV movies, including No Place to Hide (1981) and Deadly Messages (1985), before she walked away from films to raise her children with her husband Thomas Dolby! How cool is that? Anyway, she is greatly missed. She was always instantly likable and had a true girl next door appeal. Kathleen is perfectly cast here in a movie that has actually been making the rounds online and even on television. Currently, it’s part of Netflix’s Instant Streaming section and it’s also been streaming on Hulu for what seems like forever. And it's shown up on This TV and Encore on Demand. If you love TV movies, and you haven’t seen this, there is really no excuse not to visit it, so let’s get going, K?

And one more plea: Come back Randy. Do it for the ladies... 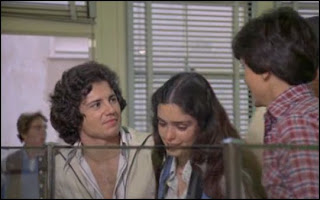 Email ThisBlogThis!Share to TwitterShare to FacebookShare to Pinterest
Labels: made for tv, must see streaming tv, revenge, stud, suspense, thriller

right now on the Sleuth channel Charlie's Angels with Shelly Hack are on the Love Boat, The Love Boat and with Bert Convy as a thief and object of the investigation

I love how my love of Bert Convy has spread across the net! :) I wish we got Sleuth!

Sorry for the late response, but thanks so much for commenting!

I put this in my Queue! Thanks for the review. It has sparked my interest. These thrillers are cool.

I think you will like it Ginger. It's solid and well made and despite the subject matter, it's a fun film... I know, how'd they do that? ;)