Must See Streaming Movie of the Week: Jealousy (1983) 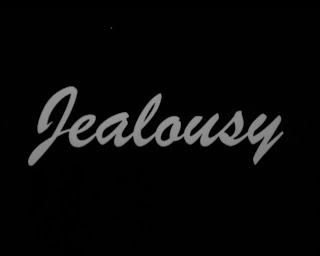 While Netflix is surrounded by controversy for changing their layout and raising prices, it’s hard for me to tear myself away from them because their TV movie selection can be pretty tasty stuff. Granted, their new setup makes finding these great movies a big fat pain in the ass. Luckily, they seem to want to semi-appease their customers by returning to their regular look. Although when that change takes place is anyone’s guess. They’ve removed the Made for TV movie tag, which I was so in love with, from their streaming selection and re-tagged many of these films simply as TV Shows. WTF, right? If you use the Browse DVD option, you can sort of filter it, but not really. And as proof of that I can tell you that the movie I’m linking to today isn’t there. That’s what those of us stuck in the 80s call seriously lame, dude.

I stumbled upon Jealousy by pure accident. And I was glad I did. I had never heard of this film, which features Angie Dickinson in three different dark romance stories. Each of these women have some serious and deranged issues all dealing with, you guessed it, jealousy! 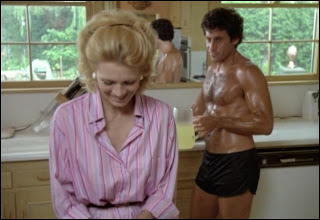 I have to be honest, I forgot this was an anthology and when the segment got to the climax (ha! pun intended!), I couldn’t believe how the story was unfolding so quickly. The twist ending was a total surprise that, in retrospect, worked perfectly. 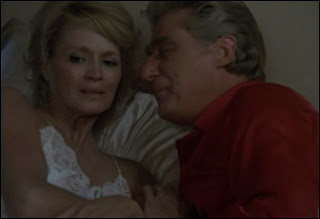 The second episode is a bit silly but even weirder than the first. Angie is Laura and she’s just married a man named Merrill (Richard Mulligan). He’s crazy with the dough and Laura is looking forward to indulging in life’s best at his palatial estate. Laura hasn’t met Melodie yet and Merrill is worried the two will not get along. Melodie is either Merrill’s daughter, mother, friend, assistant or maybe another wife, but it all remains to be seen until Laura moves into his mansion. Melodie’s reveal is slightly predictable, but this segment is still an outrageously unusual little short full of dark humor. 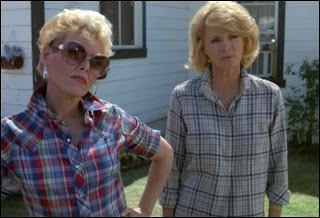 In the third segment Angie is Ginny, a small town bar singer whose biggest fan is Bobby Dee (David Carradine). He’s also her creepiest admirer and he’s decided that if he can’t have her, no one can. I thought this would be the weakest segment, and it surely feels like the longest one, but the build-up is strong and tense, making the last five minutes a knock out! 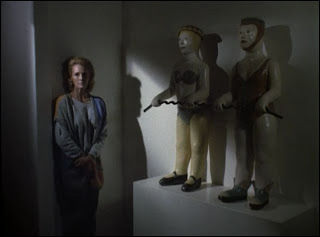 Jealousy feels a lot like Danielle Steel wrote some episodes for The Twilight Zone. The movie was written and directed by Jeffrey Bloom who is probably most famous for directing Flowers in the Attic, but I would remiss if I didn’t mention his work on the cult classic Blood Beach or Darkroom (he wrote the episode Catnip). Cinematographer Gil Hubbs really works the camera, keeping everything soft and romantic while adding just the right amount of tension and darkness to keep the feel a little off-center. Hubbs would go on to work with with Bloom on Starcrossed (1985), The Right of the People (1986) and then Flowers. It's been years since I've seen Starcrossed, but I seem to recall that same dream-like vibe running through the film.

Jealousy is streaming on Netflix, and is definitely worth checking out if you like your love stories laced with with a little acid!
Posted by Amanda By Night at 1:14 PM

Check it out if you have time... it's pretty great.

I just love the whole idea of n anthology romantic-suspence made-for tv-film. (that's alot of dashes) And it's written and directed by the guy who made Flowers in the Attic AND an episode of one of the most depressive anthology shows? Yes please! Thanks for this review

YAY Dylan. I hope you enjoy it. It's really an odd, but pretty great little unknown film.

Didn't you notice during the first segment when Angie Dickinson's on the phone, and she says, "Yeah, 40 is terrific." She was actually over 50 at the time.

Just watched this movie and it was odd. I didn't really like it and it seemed cheesy.