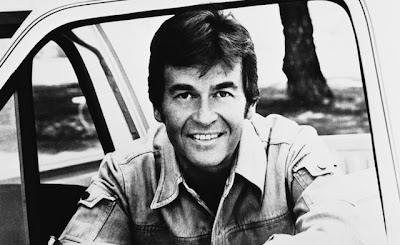 America's Oldest Teenager certainly did seem eternally youthful and boyishly handsome through a good portion of his life. Dick Clark spent most of my childhood on my television screen or closely behind the scenes on such shows as American Bandstand, The $25,000 Pyramid, TV's Bloopers and Practical Jokes and New Year's Rockin' Eve. His company Dick Clark Productions also produced a few TV movies including Murder in Texas (1980) and The Demon Murder Case (1983). He was also responsible for producing the awesomely bizarre special called Men Who Rate a Ten (Holy cow)! And who could forget Valentine Magic on Love Island (1980)? OK, so I have seen it yet, but I will (or mark my words, I will).

I'll be honest, I don't know much about Dick Clark except for what I've seen on camera. He had an affable presence and gave me a lot of wonderful memories. I think American Bandstand must have been on my television ever Saturday from the time I was 10 until I graduated high school. Only recently have I re-watched The $25,000 Pyramid where he gave everyone approximately 15 seconds to shamelessly promote themselves, so he could keep the game rolling. He was an awesome presence, yet it often felt like he wasn't doing much of anything. He had a great smile and that way about him. I never felt like he was forcing himself on the audience and he was the heppest square I ever saw. In short, I adored watching Clark whenever he was on TV. After his stroke in 2004, my heart would always break a little when he appeared on New Year's Rockin' Eve but at the same time it also inspired me to see that he was still proudly putting himself out there. A show business professional all the way, his last appearance was last year on Rockin' Eve. Clark passed away today at the age of 82.

Clark is survived by his wife and three children, as well as Dick Clark Productions, which is probably one of the greatest legacies television could ask for. RIP Mr. Clark, and thank you for the memories. 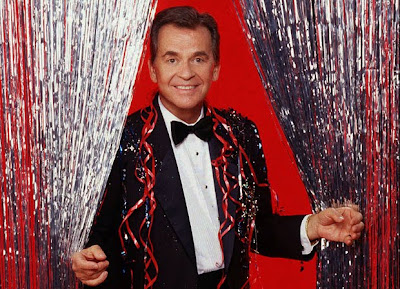 Nice tribute, Amanda. I must admit I couldn't post about him because I never watched American Bandstand--it migrated over to cable at some point and I didn't have cable growing up. But I do remember watching TV's Bloopers and Practical Jokes with him and Ed McMahon. There's no doubt his death truly signifies the end of a bygone era.