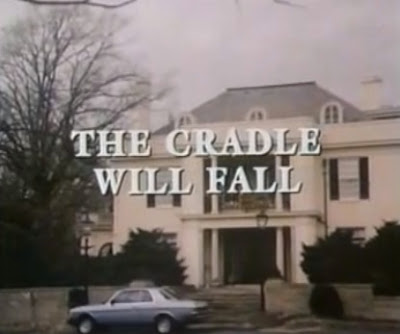 I discovered The Cradle Will Fall at some point in the mid-80s when I was officially in lust with Ben Murphy. I think it came on the afternoon movie and the second I saw his name in the credits I grabbed a bag of microwave popcorn and hit the couch but hard! The other plus was that although I was a gawky teenager, I was already developing a knack for slick thrillers with sophisticated ladies in high-powered positions. It wasn’t that I necessarily wanted to work for the District Attorney's office like the main character in this, but I did want to wear some of those clothes. And of course, I longed for a boyfriend that would be equally as professional, and hopefully as adorable as Mr. Murphy. We’d enjoy a glass of wine in our downtime and the screen would fade to black just before…

Yes, my fantasies were totally PG. 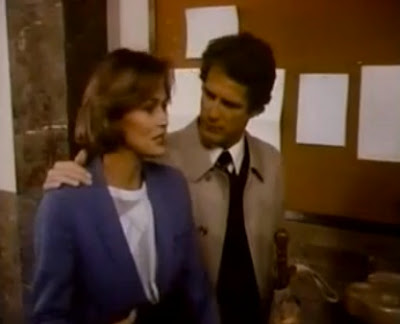 But back to the movie. I was instantly enamored with the premise, which involved an ambitious and chic attorney named Kathy DeMaio (Lauren Hutton). She’s smart, sexy and great with the last word - at least in the courtroom. Her personal life isn’t quite as fruitful. Kathy is a recent widow and hesitant to get too involved with Dr. Richard Carroll (Ben Murphy), a medical examiner who she often works with. Aside from losing her husband, Kathy is also haunted by her father’s death and suffers debilitating nightmares while also harboring a pretty mean dislike of hospitals. This is a problem since she suffers from severe dizziness and blackouts, which, of course, tend to occur at the most inopportune moments - like when she’s driving. She ends up in the dreaded hospital after an accident and dreams of her father’s death. In a trance-like state she sleepwalks to the hospital window just as Dr. Highly (James Farentino) is stuffing a body into the trunk of his car. And the thrills begin. 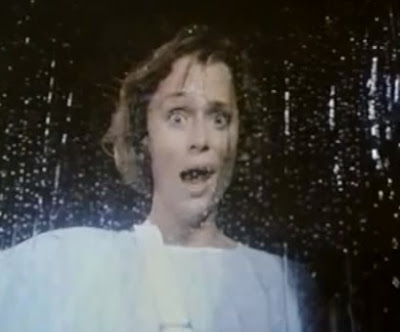 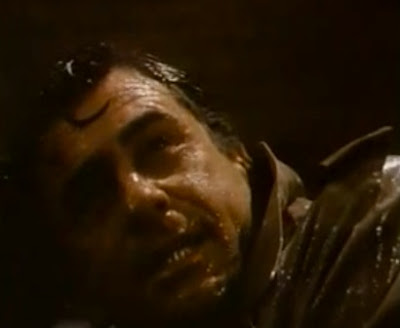 Dr. Highly is an insane jerk with a total God complex, giving depressed older women some kind of serum intended to help the vain maintain their youth. It wreaks havoc on Vangie Lewis (Deborah Mooney), a once stunning 40-something who is now bloated from the serum and unable to conceive the child she so desperately desires. When she threatens to expose Highly he kills her and attempts to make it look like a suicide. Now he thinks he’s been caught in the act by Kathy and the rest of the film is basically a cat and mouse chase, except the mouse has no idea she’s being stalked.

Based on the 1980 bestselling novel b Mary Higgins Clark, Cradle is a good, sophisticated thriller with Hutton putting in yet another strong performance on the small screen. She is probably best known to TV movie fans for her performance in the underrated John Carpenter tele-film Someone’s Watching Me! and she brings that same likable persona to this film. The entire cast is good, but really it’s about the small screen trifecta of Hutton, Murphy and Farentino, all of whom possess great charm. Doris Belack, who plays Highly’s annoying and somewhat drunkard of a secretary, is also a standout as the woman who doesn’t know that she knows too much. You will also see a young William H. Macy (credited as W.H. Macy) in an early role as Richard's sidekick. James Farentino was drawn to his “mad-scientist” character because he felt it went against type for the handsome actor. In an interview to promote Cradle he said he was fit with green contact lenses that let just enough of the natural brown color through and “that gave it an interesting feeling.” Farentino also said he sought to infuse sincerity into his portrayal, and indeed Highly comes across as a charismatic and somewhat professional lunatic. 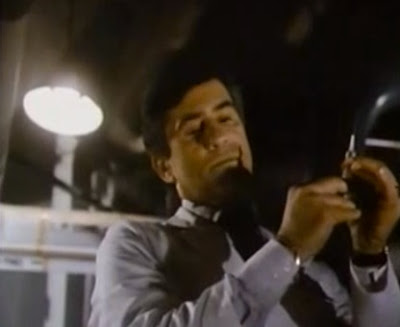 Cradle is a bit of an anomaly because the film features six characters from the daytime drama Guiding Light peppered throughout the film. The six actors reprising their roles were: Charita Bauer, Carolyn Ann Clark, Joe Ponazecki, Elvera Rousell, Peter Simon and Jerry ver Dorn (I would come to love Jerry later when he played Clint Buchanan on One Life to Live from 2005 - 2012). While the film was shot in Nashville, it takes place in GL’s fictional hometown of Springfield, and their hospital is featured prominently. The actual hospital was the Vanderbilt University Medical Center, which was under renovation at the time of shooting, allowing for some of the more creepy locales. To make the crossover even more interesting, Murphy actually did three episodes of Guiding Light as his character from Cradle to promote the movie! Farnetino was also asked to do a little work in the daytime drama but in an interview the actor remarked, “I said I would do it if I could direct one show. I thought that would be a perfect opportunity for me to break in as a director. I had also asked for a lot of money, knowing I could say forget the money and let me direct. They said 'we’ll pay the money but we won’t let you direct.'” Farentino never ended up on Guiding Light and Murphy’s scenes seem lost to us now. I find both of these facts sad. 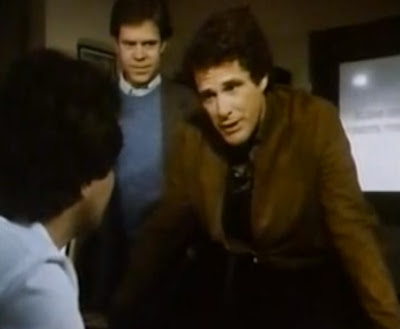 Many tele-films utilized daytime stars to garner viewers, such as with the small screen slasher Fantasies, or the melodramatic TV movie Woman on the Ledge, but this is the only character crossover I’m familiar with. There was a 2004 remake of Cradle which had no soap connections and starred Angie Everhart. It is available on DVD while the original lingers in that unfortunate vhs limbo. 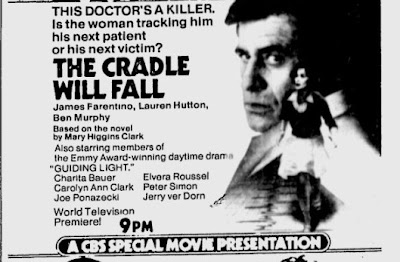 For more images of The Cradle Will Fall, please visits this image gallery, which is featured on Ben Murphy's website.


A promo still of Murphy and Ver Dorn for Guiding Light: 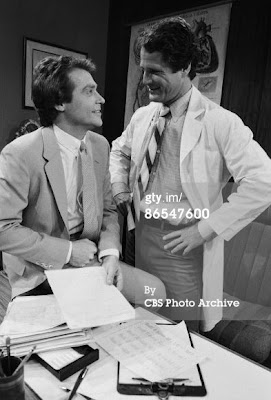 It's my understanding that the 1983 telefilm "The Cradle Will Fall" is in the public domain. Jerry verDorn appeared on the BlogTalkRadio show "Daytime After Dark" last year.

BTW, Amanda, have you seen the 1995 TV movie "Terror in the Shadows"? Genie Francis, Marcy Walker, Leigh McCloskey, and Victoria Wyndham were all in it. When the telefilm premiered on NBC, all four actors had regular roles on daytime soap operas.

Hi Christopher, I have seen Terror and quite enjoyed it although I don't remember much now. But I do have it on DVD and have been wanting to revisit it. I'll have to listen to that Jerry verDorn interview. I adore him. If it is in public domain, maybe Cradle can finally come out on DVD. My vhs is wearing out!