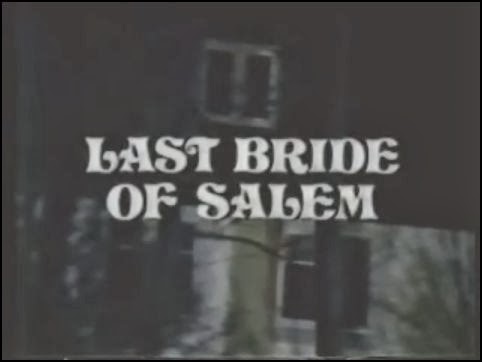 This Toronto lensed shot on video thriller originally aired under the ABC Afternoon Playbreak moniker all the way back in 1974. The Playbreak series, which ran from October 31st, 1973 – February 13th, 1975, was a cycle of 90 minute stand alone episodes that would air once a month, preempting the daytime soap programming, and there were about 4 to 5 episodes per season. The afternoon movie format proved to be popular and many of the Playbreaks won Emmys, including The Last Bride of Salem which garnered an award for TV stalwart Bradford Dillman. 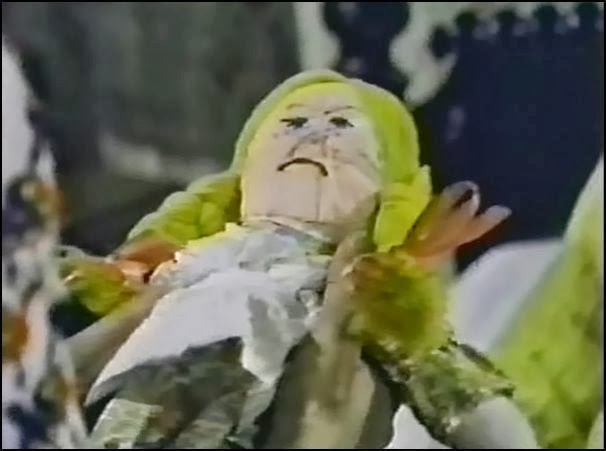 It’s a little sad and strange that Playbreak hasn’t been documented better, it wasn’t until I attempted to research this film that I discovered the series. Luckily, Bride has a bit of cult following and after watching it I can certainly see why. It’s eerie, claustrophobic and well paced. I should also add the score would make any giallo fan's mouth water. There are some decent Goblin-like grooves to be found lurking inside this story of modern witchery!

Bradford Dillman is Matt Clifton, an up and coming artist and doting family man who is offered a chance to stay at a worn-down but large and serene farmhouse so he can create… ahrt! Matt packs up his wife, Jennifer (Lois Nettleton) and daughter Kelly (Joni Bick) and they head out to the serene countryside; only things aren’t quite as tranquil as they had hoped. Jennifer is sure something nefarious is happening to her husband and child, but could it really be an aged old curse taking over their bodies, and preparing Jennifer to become a child bride to Satan? Yikes! 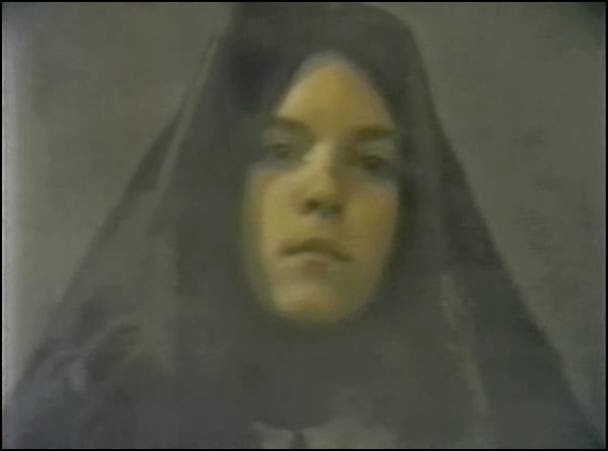 Bride harkens back to the exceptional SOV British series Thriller, which also featured stand alone horror tales. Like Bride, Thriller relied heavily on the less is more tactic of terror. Fairly traditional to the medium during this era, the SOV style really work as far as I’m concerned. Maybe it’s because I’ve been heavily influenced by the look and approach of soaps, but there’s something creepy and effective about straight faced video horror (at least from that period). It works here, because of that particular video polish and because of the strong acting, and just because it’s an eerie story played out just right. In fact, director Tom Donovan and writer Rita Lakin were no strangers to serial world – he directed such shows as Ryan’s Hope and General Hospital and she wrote for the nighttime shows Flamingo Road and Dynasty! Lakin also adapted Death Takes a Holiday into the made for television format and it still remains one of the most haunting and beautiful romance films of that medium. So often this format is considered subpar and certainly the use of video doesn’t help it earn any respect, and that’s a miserable fate for a subgenre so needlessly pushed aside.

And, here’s an oddball piece of trivia: You will spot John Candy as a background character. He appears in a couple of scenes, but the one I remember him in is the ritual scene. I jokingly said, “Hey, it’s John Candy,” and it was! 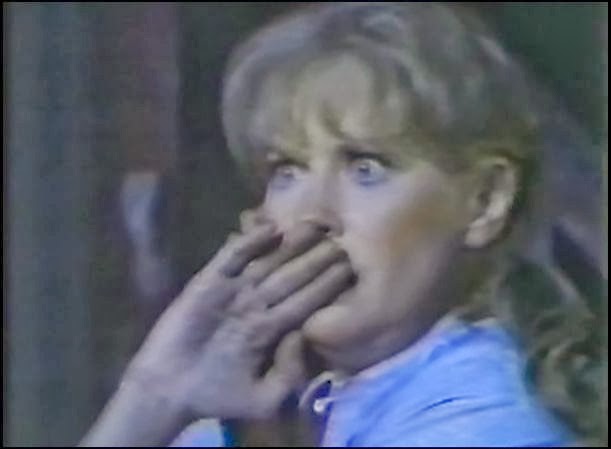