Must See Streaming TV Movie of the Week: Betrayal (1974) 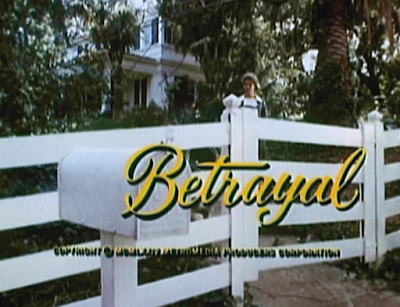 That’s the game Jay (Sam Groom) and Adele (Tisha Sterling) are into. And, while I wouldn’t recommend that lifestyle for everyone, it seems to be paying off for the dangerous couple. 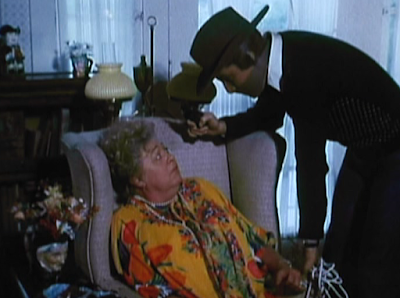 The Scam: Adele (or Gretchen as she is known elsewhere) finds lonely old ladies who need some help around the house, and worms, er, warms her way into their good graces, and then Jay steps in and holds the woman hostage until they pay for their freedom. While this scares the bejeezus out of most of their victims (and leaves them broke), it turns deadly when Eunice (the great Lucille Benson still being accidentally funny in a serious role) realizes that the couple are in cahoots. After they off the old lady, the stakes are raised, and the next payoff is looking rather good when Adele hooks up with Helen Mercer (Amanda Blake), a self-made woman who needs someone to help her handle her business affairs. However, things take yet another turn when Adele comes to look up to, and like, Helen, and now she wants out of the game for good. 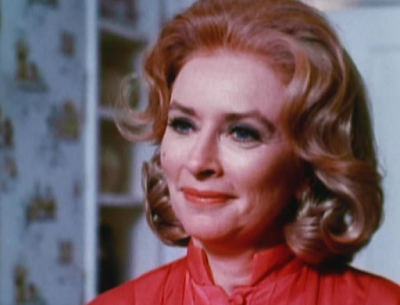 Based on the novel Only Couples Need Apply by Doris Miles Disney (she also wrote the novel that the excellent TVM Do Not Fold, Spindle or Mutilate was based on), Betrayal was just one of four small screen features that Gordon Hessler directed in 1974! It’s not my favorite of this batch, but I thought Betrayal was quite good, with a few truly suspenseful moments and strong acting from both Sterling and Blake. Like a lot of Hessler’s television films, Betrayal is small in almost every sense of the word. Small cast, limited locations, and light on subplots, this telefilm is brisk, if a bit insubstantial, and is a decent way to spend 74 minutes. 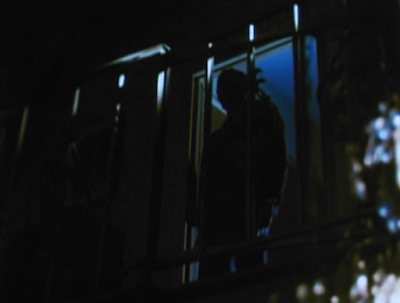 However, what I tend to enjoy most about a Hessler joint is the atmosphere, and that’s largely missing from Betrayal. It certainly would have benefited from a little more mood and perhaps a bit more tension. But, it does its best to keep things ticking, and the story is helped along through the formidable Blake in her TV movie debut. 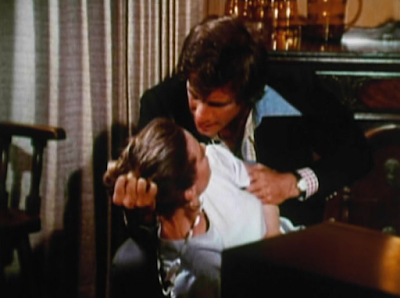 Yessir, after nineteen years as Miss Kitty on the forever-running Gunsmoke, Blake decided it was time to hang up her bar wench gear, but was far from retiring. It took her only three short weeks after leaving the series to sign up for Betrayal. The actress maintains an air of strength and integrity and it’s easy to see why troubled Adele starts to look outside of a life of crime. Helen, who… in an interesting twist… has also killed before, is at a different but somewhat similar crossroads as Adele. So, while she is unaware of their deeper connection, Adele is not and it’s understandable why the two click so quickly. 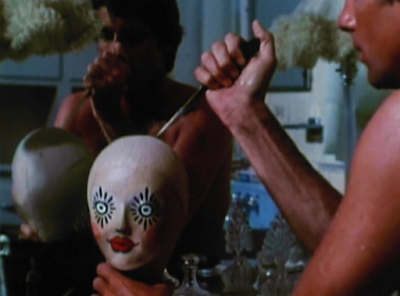 The rest of the cast is great, with Groom putting in an especially sleazy performance as the suave but violent Jay, who, despite his own grave circumstances, has the last, morbid laugh.

Not to be confused with the same titled 1978 TVM starring Sterling lookalike Lesley Ann Warren, Betrayal is currently streaming on Amazon Instant Video and is available on DVD. 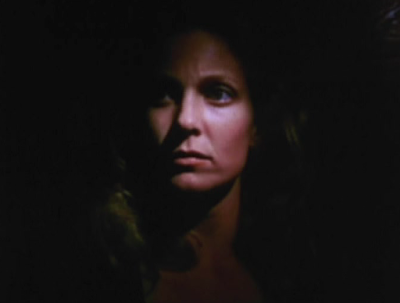