Must See Streaming TV Movie of the Week: The Classic Edition!

Holie Molie! Two incredible early seventies Movie of the Weeks are currently streaming over at Shout Factory TV! You can check out Gargoyles and Born Innocent for free! Of course, I don't have to go into why you should see or revisit these incredible movies, so I'll just throw out a couple of links along with a few words: 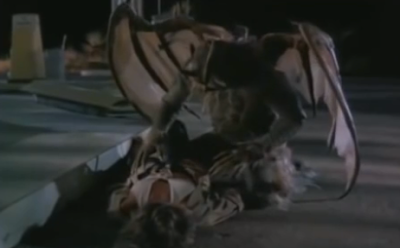 Gargoyles (1972): This ABC Movie of the Week is a spooky monster classic, featuring Bernie Casey as a terrifyingly suave gargoyle who thinks mankind places second in the chain of command! Click on title for my review, and click here to watch Gargoyles! 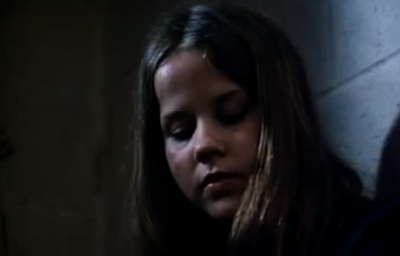 Born Innocent (1974): This brutal classic made its debut under the NBC World Premiere Movie moniker, and was the most popular made for television movie to air in 1974. However, it was followed by controversy and subsequently became the subject of a court case involving the rape of a nine year old girl. Yet, despite the negative attention, Born Innocent remains part of the canon of the small screen thanks to its relatively unflinching look at innocence lost and a corrupt juvenile rehabilitation system. Click here to watch Born Innocent.

And thanks to Kindertrauma for mentioning Shout Factory's streaming site yesterday. They also have some great non-TVM choices, but seriously, who wants that?!? Regardless of what you end up watching, please support legitimate streaming websites and enjoy!

Email ThisBlogThis!Share to TwitterShare to FacebookShare to Pinterest
Labels: ABC Movie of the Week, atmosphere, drama, exciting news, made for tv, monster, must see streaming tv

GARGOYLES is one of my all-time favorite made-for-TV movies. I'm glad that it has earned a cult reputation over the years. I think it was even shown at a movie theater earlier this year.