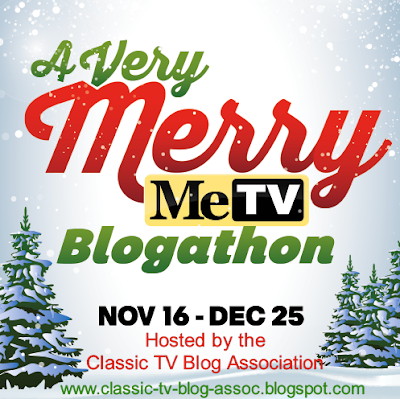 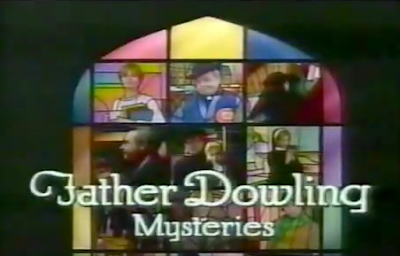 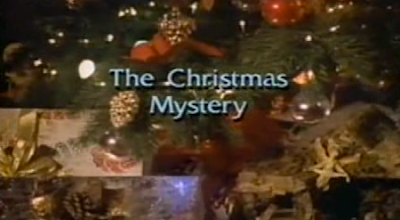 Although it doesn’t capture the milieu to a T, I always considered Father Dowling Mysteries to be a part of the cozy mystery movement of the late 1980s. Of course, Jessica Fletcher of Murder, She Wrote, the rebel and trendsetter that she is, gave America a nice antidote to the glitzier, neon-soaked detective shows of the same era. I’m not saying she’s the first to serve murder with a comforting cup of tea, but she certainly set the tone that would be followed by a lot of fun small screen sleuthing. Matlock and Diagnosis Murder were two other ridiculously popular shows that veered slightly from the formula, but still managed to make murder and mayhem seem like a warm crocheted blanket. Father Dowling also had all of the right ingredients to knock it out of the park (and even featured MSW regular Tom Bosley who exchanged his sheriff’s badge in Cabot Cove for cleric gear in Chicago). With its untroubled tempo, church setting and laid back “Let the Father do the driving” mystery stories, Dowling was an underrated charmer. But because of a galdurn writer’s strike and a network switch, the good Father was lost in the scheduling shuffle and ended after 3 seasons (the first two only half seasons), producing 42 episodes. 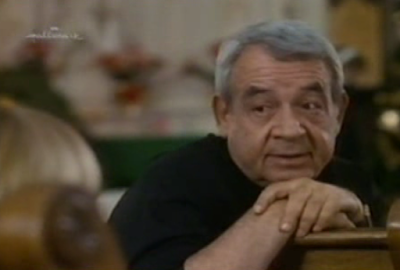 The setting and occupation of the main characters made a Christmas episode either the most obvious idea ever, or the worst thing that could happen (depending on your threshold for murder on the holiest of holy days). Luckily for fans of Father Dowling, it was done just right, with an attempted murder, a couple of pistol packing Santas, and the amiable and capable Nun-named-Steve keeping watch over a trouble little boy. The holiday was in full swing, and it was good times indeed. 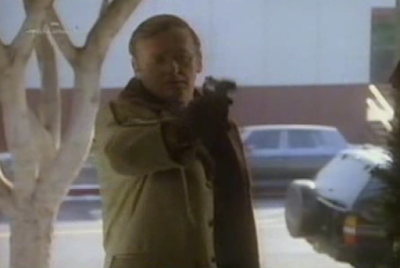 The Christmas Mystery, which originally aired on December 13, 1990 on ABC, opens with the season going strong, and the local department store desperate for holiday help. So fraught in fact, that they will hire you on the spot and put you on the sales floor immediately, or, apparently make you a security guard and hand you a gun! Single mother Wendy (Anne Kerry Ford) is desperate for work and relieved that the store wants her to start straightway, but she’s due to pick up her shy son, Brian (played by twins Christian and Joseph Cousins) from the airport. She asks Father Dowling for some assistance and he sends Steve (the completely adorable Tracy Nelson) on her way to retrieve Brian. However, while Wendy is changing for work, a security guard from the store knocks on her door, insinuates that the two have met somewhere previously, and then shoots her point blank! 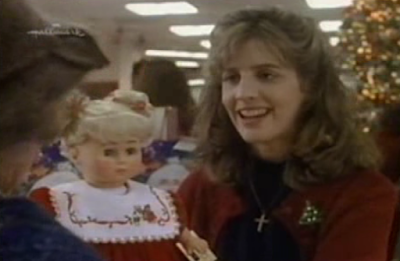 Back at the church, everyone becomes worried about Wendy and through a series of random, only-on-television events, Steve ends up stepping in for Wendy at the store. Steve does two things while she’s there: 1. Fix a doll for a kindly old woman, and 2. Sniffs out a Santa with a gun! This girl is on it, they should hire her full time! Meanwhile, Dowling visits Wendy’s home and finds her sprawled on the floor, possibly at death’s door. But while connecting the pistol-packing Santa to Wendy may seem like a stretch that can only happen with the greatest of faith, Father Dowling and company are on the case, and should have things wrapped up just in time for gift giving! 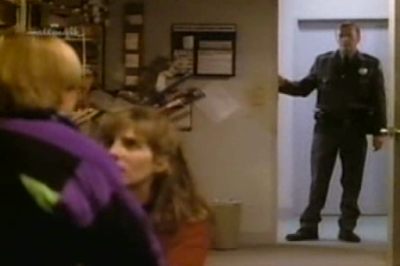 Fast, good-natured and perhaps a little trivial (in a good way), The Christmas Mystery is absolutely delightful, and must be viewed with a cup of eggnog and a cat snuggled at your feet. Strife has never been so fun, easy and overloaded with major shoulder pads! 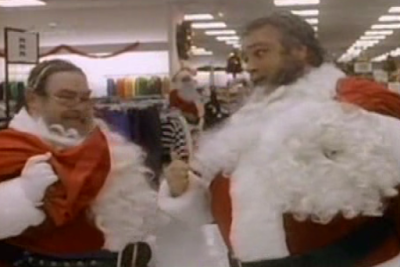 This episode may stand out to small screen connoisseurs for a few different reasons. The Christmas Mystery was written by the great Brian Clemens, who gave us The Avengers, and the excellent British anthology series Thriller (check out my review for Dial a Deadly Number). If anyone can spin a twist, even a mild one, into something substantial, and even menacing, Clemens is the one. When it is revealed how Wendy knows her attacker and how her son is involved, there’s a great “GULP” moment. And even though it’s followed by a mediocre maybe-chase that ends in a storage room, the thrill is still there. 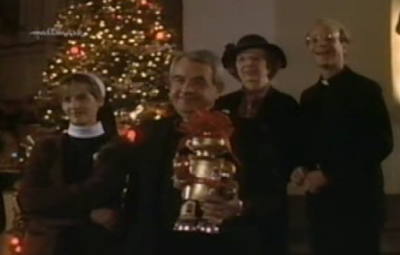 The Christmas Mystery was also directed by TV stalwart James Frawley who is probably best known for directing the bulk of The Monkees brilliant two-season run. There’s no psychedelic chaos here, but it is wonderfully paced and kept light as air with fun performances and a few interesting set pieces. But what kind of retro TV blogger would I be if I didn’t sing the praises of Tom Bosley who was one of the friendliest faces of 1980s television! From Mr. C to Amos Tupper to Father Dowling, Bosley was always a sight for sore eyes and a great treat to watch. Although, I would have to say this is really Nelson’s episode. Steve throws herself into the mix, never loses her cool and although Dowling inevitably saves the day, I’m pretty sure Steve could have done the same.

The Christmas Mystery is airing tonight (December 7th) at 9 PM EST and PST and 8 PM CST and MST on MeTV, so grab your eggnog and favorite kitty, and enjoy!
Posted by Amanda By Night at 8:57 PM

This write-up is Just-In-Time-For-Christmas-Super Swell! Thank you. I’ve never watched Father Dowling but I will watch Mr. C all day long. So, it might be time to get On Board The Dowling Express. (Was there such a thing?) I love the concept of the “Cozy Mystery” movement. Did you just make that up? If you didn't, is there a Cozy message board I can go to? Because that sounds fun, especially at Christmas. I love the title of the episode: “The Christmas Mystery.” There’s no doubt about what the content of the episode is going to be and it almost sounds like it is claiming itself to be THE Definitive Christmas Mystery.

A nun named Steve? What will they think of next?

I love your term: "cozy mystery movement of the late 1980s." That's a perfect description for shows like the ones you mentioned plus THE SNOOP SISTERS and HART TO HART. I didn't watch FATHER DOWLING when it aired originally, but enjoyed this episode and would like see more. About three years ago, I saw Tom Bosley in a stage production of ON GOLDEN POND. He was very good in the Henry Fonda role!

My wife and I watched this series first run and I always liked the Nelson girl. Thanks for the review!

Love your turn of phrase in this write-up. And glad to see this episode airing on MeTV this year. Thanks for the reminder about this fun Christmas episode.