Jacqueline Susann's Valley of the Dolls (1981) 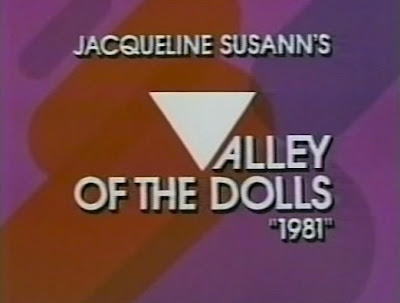 Although Catherine Hicks proclaimed she didn’t want to do anymore television after her well-received performance as Marilyn Monroe in Marilyn: The Untold Story, the actress returned to the small screen just one year later to take on all the soapy goodness of The Valley of the Dolls. In an interview, Catherine revealed that she modeled her version of Anne Welles (originally played by the gorgeous Barbara Parkins) after Dorothy from The Wizard of Oz. You see, Hollywood is a lot like Oz with its color and dreams and drugs… or something like that. 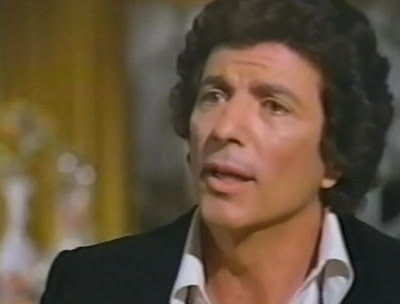 Produced by Jacqueline Susann’s widower, Irving Mansfield, he called this remake a “labor of love,” and it also marked his return as a producer (he’d quit the business to become his wife’s press agent). Mansfield fell under the scrutiny of Reverend Donald Wildmon who ran the Coalition for Better Television and threatened a boycott of the movie. At the time the book had sold more than 27 million copies, and CBS seemed unfazed by dedicating five hours of their time to this objectionable content, er, I mean programming. As far as I know, It aired in its intended form, objectionable content and all. 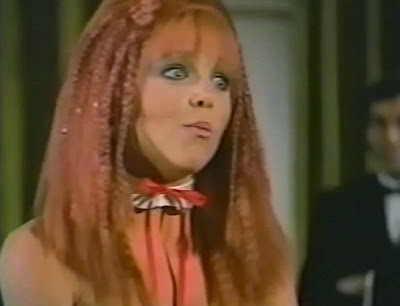 In the remake, Anne is now an entertainment lawyer, young, hungry and well on her way to success. Her roommate is the spunky Neely O’Hara (Lisa Hartman) who’s got the pipes for a singing career but lacks confidence unless it comes out of a bottle of alcohol or pills. And there’s Jennifer North (Veronica Hamel) who was 37 at the time of filming. I only mention this because Sharon Tate, who played Jennifer in the original, was just 25 and much closer to a realistic modeling age. That said, Hamel is amazing in the role, and the best part of the movie. She has a lot of problems, and has to deal with several hefty issues such as abortion and breast cancer. 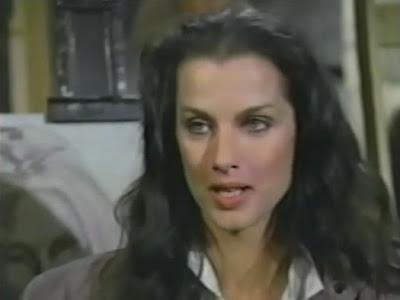 The trio are varied in their connections to each other. Jennifer is more on the outskirts and seems to form her own movie (the part in France is ridiculously awesome), but Neely and Anne are extremely close. And then there’s Lyon Burke (David Birney) who is a successful director and a major seducer. He’s also pretentious as all get out, but since I think Birney is sex-on-a-stick, I let my few quibbles go. I should mention that Bert Convy has a smaller role, but the idea of him and Birney in the same room was enough to make me squeal in delight. Convy is fantastic as Tony Polar the famous crooner who doesn’t know he has a degenerative mental disease. And hunky Gary Collins shows up for awhile as well. However, the true stud of Dolls is James Coburn who plays Henry Bellamy, a big time attorney whom Anne works for. He’s wonderful, charismatic and definitely the best catch in the movie (he would have been second best if Tony didn’t have dementia). 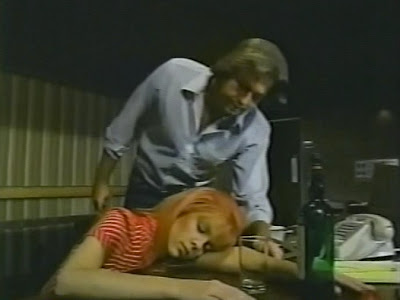 Someone on IMDb called this movie “Valley of the Dulls,” and unfortunately, I would have to agree. While I enjoyed the movie – of course I’d enjoy it, look at the cast – it definitely lacks the camp appeal that made the first film so damn fabulous. Of course, it’s been eons since I’ve seen the original movie, so maybe I’m remembering it wrong, but I recall O’Hara’s big catfight with Helen Lawson as being much more fun (the gorgeous Jean Simmons plays Helen in the remake - with perhaps too much dignity). In the remake that scene just sort of is. Why don’t you watch ‘em and compare for yourself by clicking on this link. 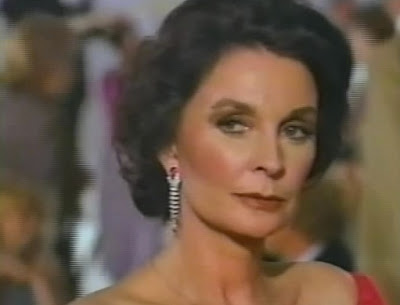 The film is most appealing for its costumes and the game cast who do their best to keep things realistically dramatic. And as I mentioned, Hamel is a knockout as Jennifer. Her story is nothing short of tragic, and the actress did a wonderful job making her ride seem so very painful. She also shares a short scene with the late, great David Hess who plays a French artist. I had to sigh when I saw him, since he passed away just a few months ago. Looking back, my general reaction was to sigh at the loss of so many wonderful actors (Coburn, Convy, Simmons), while also lamenting the missed potential of some grand absurdities. It should also be mentioned that the dolls in the title are a little lacking here as well. Neely indulges big time, but in the just-shy-of-a-four-hour-running-length, it’s simply not enough. 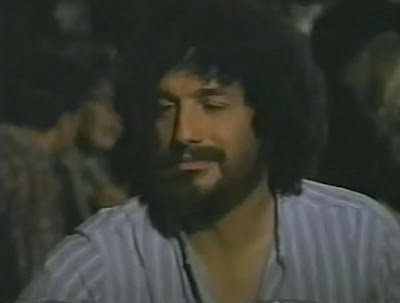 Although Dolls aired it’s second night’s episode against the World Series’ opening game, the mini-series did alright in the ratings, scoring a spot at #6 for the first part (tying with Dukes of Hazzard!) and falling to #20 on the next night. Yes, that’s a big drop, but it did still make the top twenty. And yes, that’s me making excuses. 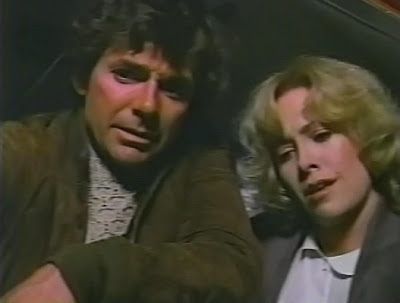