Chain of Passion Part 2: Harlequin Adaptations and the Shades of Love Series 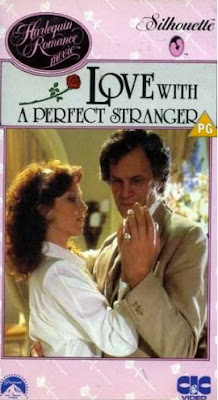 Here is part two of my look at Romance TV movies. If you were curious about part one, you can click on this link , or just keep in mind that the mid 80s were all about the revolution of Romance Theatre on VHS and hot kisses in cool rain. OK, you're set! Enjoy!

Showtime took a shot at bringing the passion and moniker of the Harlequin romance books to the small screen in 1986. The first film, Love with the Perfect Stranger, starred Marilu Henner as an American businesswoman who finds love and adventure in Italy. Such a no-brainer. Sign me up! 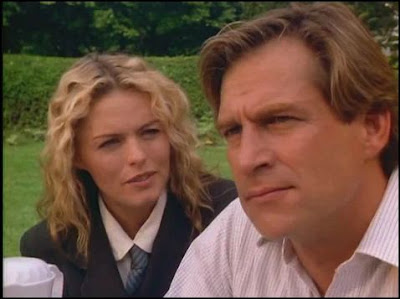 From Harlequin's At the Midnight Hour

The Harlequin films were a co-production between Harlequin Books, Showtime, Video Ventures and Yorkshire Television, Ltd. Harry Chandler, who was in charge of Showtime’s program development remarked that “romance was something the audience wasn’t getting,” and that it was a “good compliment for male orientated programming, like boxing.” And how!

At the time, Harlequin romance novels accounted for 35% of all book sales! What a great market to tap into and in 1987, Showtime also aired Cloud Waltzing and Dreams Lost, Dreams Found. There have been over a dozen Harlequin movies released to date, some of which aired on Showtime, while the rest were televised in the 90s as Sunday afternoon movies on CBS. Lest we forget that the success of these films is often considered the precursor to our favorite television for women, Lifetime. 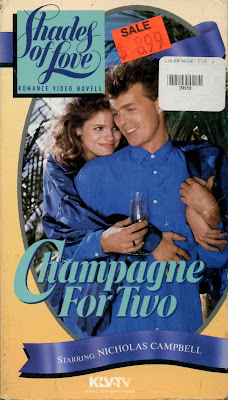 The success of the Romance Theatre distribution and perhaps the release of the Harlequin movies prompted the creation of the Shades of Love Series in 1987. Shades has a somewhat dicey history. Co-producer L/A House, which was run by Kenneth Achity saw great potential in the market. However, every source I checked has a different story on where Shades was originally released. Some say the series was made for television, others say they were produced for the direct to home video market and still there are others who claim some were made for cable TV and also made for video! Geesh! Can anyone clear this up?

I’m a huge Shades of Love fan. This Canadian series of films featured many a hunky and familiar TV face, such as Dack Rambo, Simon MacCorkindale and the swoon-erific Parker Stevenson. The female love interests were lesser-known Canadian actresses. The idea was that the viewers could envision themselves in the female role, and fantasies would ensue! Shades had much higher production values than Romance Theatre, and a bit of nudity which I assume was to entice the boyfriends/husbands who were forced to watch it. Hey, everybody wins, right?

The 80s were a great place to find love in the afternoon, on cable and on video. It’s unfortunate that most of these movies have fallen by the wayside, with the exception of the latter round of Harlequin TV movies, which are mostly available on DVD. Below are my recommendations for the Shades of Love and Harlequin series, should you so desire. And it’s all about desire, right? 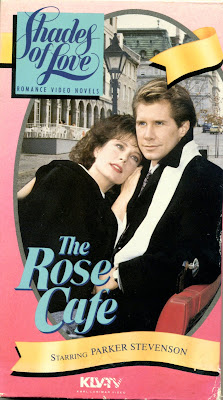 Make Mine Chartreuse: Yes, this is perhaps the worst titled movie ever, but boy, is it ever romantic and fun! Chartreuse converted me into a complete Joseph Bottoms lover. He plays a romance writer who falls for a pretty business executive (played well by Catherine Colvey). Their careers keep getting in the way of the sexy stuff, but by the end, you know these two are destined for long nights of… um, chartreuse, which is the name of a drink in the movie. OK. It’s still romantic and silly and all those things that make me giggle. I love. 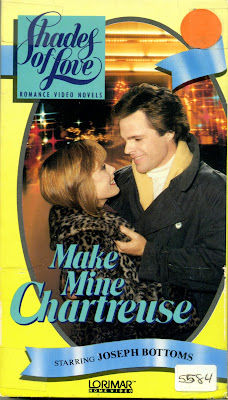 Honorable Mention: I like all of the Shades of Love movies I’ve seen so far, and I’m going to mention two more.

Champagne for Two: This was the first movie in the Shades series I saw and it is just the cutest movie ever (yes, that’s my critical review of it). It’s sweet, the leading lady is great and the love interest (Nicholas Campbell) is pretty damn sexy. See it!

The Rose Café: Full disclosure: It’s really not my favorite in the series, but it does feature Parker Stevenson as the perfect leading man. The lead actress (Linda Smith) is a bit grating, but Parker smoothes the whole thing out with his luscious locks and gorgeous blue eyes. I’ve seen this one probably more than the others in the series because I just can’t get enough of Mr. Stevenson. And I’m thinking I need to give it another spin soon! 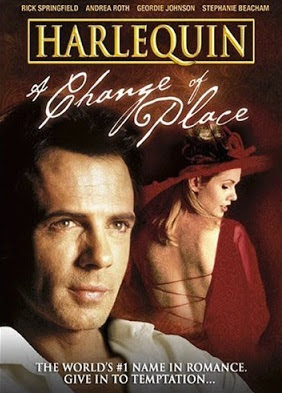 Harlequin: I haven’t seen as many of these, so I’m only able to recommend one, but it’s great.

Change of Place: This piece of fluffy goodness is about a top model that has to go into rehab so she asks her mousey art historian twin sister to replace her! No joke. Rick Springfield owns the fashion house she works for, and love blooms amongst the shoulder pads and stonewashed jeans. I bought this movie on a whim because I adore Rick, and I was happily pleased with it. The lead actress, Andrea Roth is gorgeous and talented and I was rooting for her the whole way. 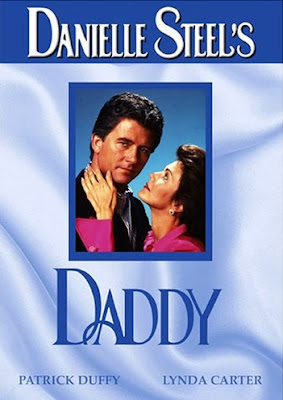 And just cuz it’s my blog, here are some Danielle Steel adaptation recommendations:

Daddy: Yes, I know this is not the fan favorite of Steel’s wonderful tele-films, but it’s the one I watch the most. Patrick Duffy is fantastic as the happy family man who has his life torn apart when his cold-hearted wife (Kate Mulgrew playing one of the most dislikable characters I have ever come across) leaves him. He ends up meeting the gorgeous Lynda Carter, and the story is just so darn engaging and well done. It’s a perfect rainy afternoon movie, and one I love with all my heart.

Secrets: I can’t say enough good things about this one. It’s pretty over the top, featuring a story about a nighttime soap where the actors’ lives are just as melodramatic as their characters. This is a fast and fun flick. And I have to give a nod to Stephanie Beacham who appears in both this and A Change of Place. I so want to be her! 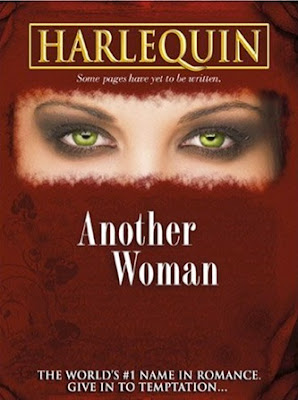 This is a great blast from the past, Amanda. I do remember some of these movies. Wish they were on netflix, I could go for a sweet romance movie right about now.

I know, Netflix needs to get on the ball! Actually, I know you can order some of the Danielle Steel movies, but they aren't streaming (as far as I know). I like instant gratification, you see...