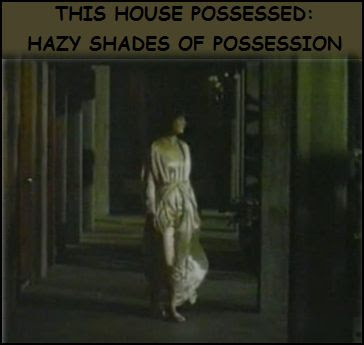 I've know Caelum Vatnsdal under several names through the years. Originally we became buds on a horror movie webgroup where he posted as Kraken and The Mighty Kraken. Then I knew him as the author of the incredible book They Came From Within: A History of Canadian Horror Cinema, which is where I learned his real name (and am hard pressed to pronounce it correctly!). Then, I saw him over at Kindertrauma where he shows up under the name Walter Paisley, and now he tells me I can find him as the "Exclamation Point Provider" on the Hi! It's Burl blog! Whew, from a kraken to punctuation marks, Caelum has always been a good guy, a great writer, and someone who was equally obsessed with This House Possessed (OK, maybe not equally because that would make him deranged)! I was so happy and honored that he was willing to give me a few words in an attempt to separate his convoluted memory from a convoluted film!

And when you are done here, please stop by Burl's blog and check out his This House Possessed review! 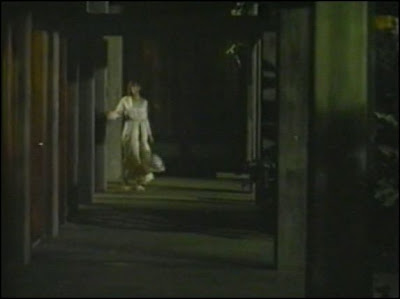 This House Possessed
Memories Brought to You by the Letter C... for Caelum!
How unusual is it to feel a tremendous fondness for a movie you remember almost nothing about? It’s proof, if it were still needed, that movies, even schlocky TV movies, can affect us on a purely emotional level and achieve an importance well beyond what their actual artistic merit can bear.

What I remember best about This House Possessed is the lead-up to it, actually: the excitement created by the promos that no doubt filled the airwaves in advance of its February, 1981 broadcast date. This was the way it was with any Television Event, from the Night of Kings (a double feature of King Kong ’76 and The Curse of King Tut’s Tomb) to the genuine 3D broadcast of Gorilla At Large (glasses available at your local 7-11!) to the sprawling epic that was Ray Bradbury’s The Martian Chronicles. Anything vaguely horror or sci-fi was, for me, a big night of TV, and so This House Possessed qualified in spades. 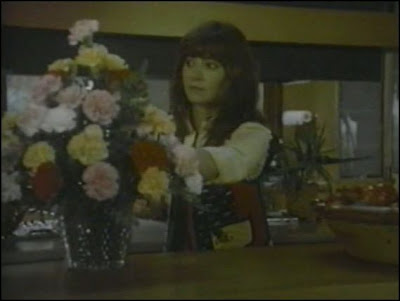 If I make everything pretty the bad will go away, right?
I dutifully sat down and thrilled to the movie on that dark February night, and the next day it was the talk of the schoolyard. I’ve thought about it often in the thirty years since, but my actual hard memories have narrowed to the following: 1) One of the Hardy Boys was in it; 2) The house was of classic California Modern design, rather than the spooky, cobweb-strewn piles that were more typical of the genre; 3) the house liked to watch what was going on inside of it on a closed-circuit TV system; and 4) it featured a scene in which some kind of fire-spitting electrical cable was whipping around a kitchen, shooting sparks at the Hardy Boy and his girlfriend.

And that’s about it. Despite the title, I’d assumed, probably because of the frequent shots of TV monitors, that it was more of a Demon Seed situation involving a computer-run dwelling than a standard possession. Recently I watched the movie again, or at least kind of skimmed through it, and frankly I’m still not sure. Essentially, I think, the house is a creepy pedophile stalker, possessed by little more than its love for seven year-old girls and cringe-inducing yacht rock. It’s not a house that thinks things through: its plot to reclaim the girl of its dreams, now that she’s grown up into cute nurse Lisa Eilbacher, is so ludicrously convoluted as to defy belief, the more so since it depends on the appeal of Parker Stevenson singing some of the most dreadful elevator music ever committed to tape. 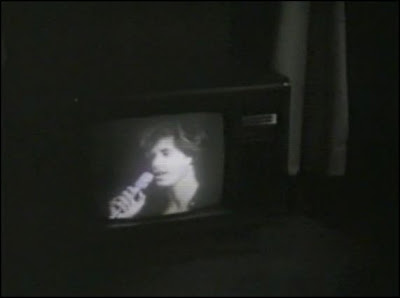 The TV makes a love connection!
But kids don’t care about any of that; and that is why I loved This House Possessed when I was nine; and that is why I love it today. On top of the hazy but pleasant memories, the movie offers some surprisingly gruesome deaths for a TV movie – Slim Pickens, who plays the world’s most unlikely soft-rock manager, gets an especially bloody demise. I was a little disappointed to find that the fire-spitting cable scene I remembered turned out to be an invention, or at least an amalgam of several different scenes, but isn’t that always the way with childhood memories? Even when they’re TV movies starring Parker Stevenson, Lisa Eilbacher and Slim Pickens, they’re never quite as great in real life as they are in your mind.
Posted by Amanda By Night at 10:39 PM

After you talking about This House Possessed so much, I wanted to see it again. I haven't seen it first aired way back in the day.
Someone uploaded on Youtube. It was great to see it again after all these years.

Thanks for stopping by and checking in on the This House Possessed madness! It is indeed a great film, my favorite for sure. I've been really enjoying the guest blogs, who all bring something special to why this film seems to work, even now!