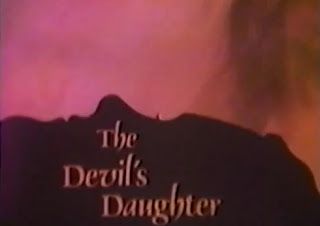 I think it would be safe to say that Shelly Winters was a versatile actress. When she was good, she was good, but when she was bad... well, stand back! Winters made a few forays onto the small screen during the heyday of the Movie of the Week. It was here that she got to be at her most nefarious and she did it with such aplomb, it was almost impossible to take your eyes off the screen. 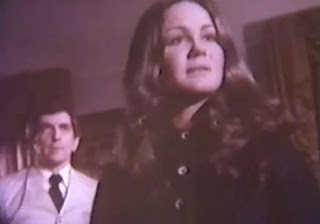 Such is the case with her 1973 TV Movie, The Devil's Daughter, which aired as an ABC Movie of the Week on January 9th, 1973. Shelly is Lilith, a wealthy woman with a mute "companion" (Jonathan Frid in a great performance) who takes in Diane (Belinda Montgomery) after her mother dies (Diane Ladd). The place is quite homey at first, well, except for that picture of Satan hanging over the mantle! Things are almost kind of Stepford-ian and definitely surreal - check out the twin sisters, one of whom is white and the other black! With some encouragement from her local pastor, Diane moves in with a girl her own age, but that won't stop Lilith from leading Diane to her birthright... as Satan's Daughter.

The Devil's Daughter came riding on the heels of such horror films as Rosemary's Baby and The Brotherhood of Satan. Obviously, this minion of Satan could never rival its silver screen counterparts, but pay no mind to that, this is a fun, suspenseful movie that carries a creepy vibe throughout. Belinda Montgomery, one of the prettiest actresses of the 70s, is in fine form here and plays the part fairly quietly, but with an air of strength about her. She finally comes out of her shell when she becomes annoyed by Shelly and she gives the nasty right back! 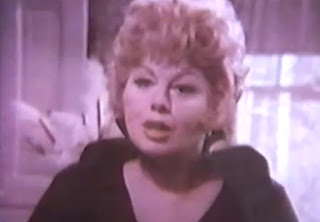 Full of colorful characters, the Poole sisters are probably my favorite, although it's hard to deny Abe Vigoda with a slight British accent! Frid is equally as sublime in a touching and underrated performance. Oh shoot, I love them all! The entire group truly takes on their roles as cult followers with pleasure.

Stylishly directed by Jeannot Szwarc (Jaws 2) and written by cult favorite Colin Higgins (Harold and Maude of all things!), there's nary a moment that isn't entertainment at its best. Well, its TV Movie best, and really can that be beat? 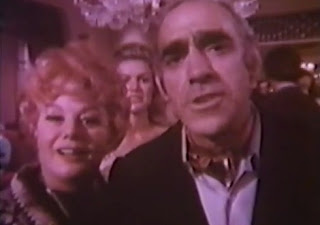 Check out this incredible promo for The Devil's Daughter when it aired as a Tuesday Movie of the Week: