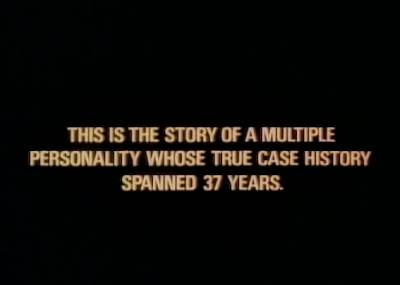 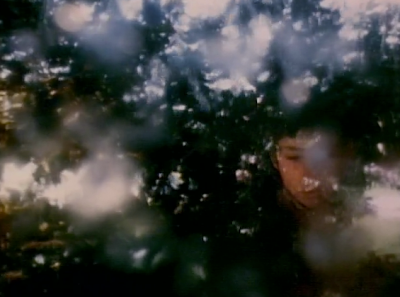 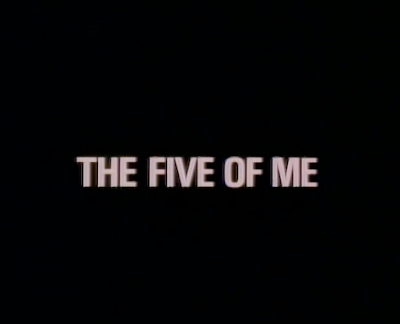 As you may have guessed, I have been extremely pleased with the world of Amazon Instant Video. If you have an Amazon Prime account, you will find it comes with a nifty TV movie selection that is offered at no extra cost! That equals good times my friends! I was beside myself when I noticed that they have added a few new titles since I wrote this article last summer. I am hoping to pull together a similar list soon, but for now I wanted to highlight The Five of Me, a title which seems to be a bit on the rare side. 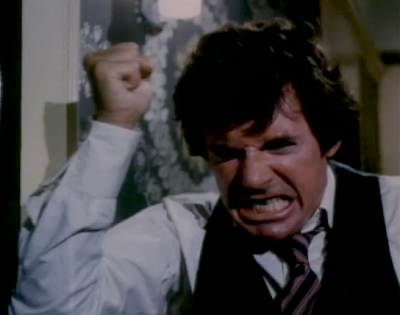 The Five of Me is based on a book by Henry Hawksworth, a man who claims to have five personalities. He is often referred to as the male Sybil and he garnered some attention for himself during the split personality craze of the 1970s. He even appeared (disguised) on The Tomorrow Show! I am not well versed on Dissociative Identity Disorder, but I do know it brings a lot of controversy to the table, and is usually triggered by an extremely traumatic event. In this tele-film, the subject matter is well handled, but it does not flinch from the terror that supposedly caused Mr. Hawksworth to split, or the anguish that followed him throughout his life. 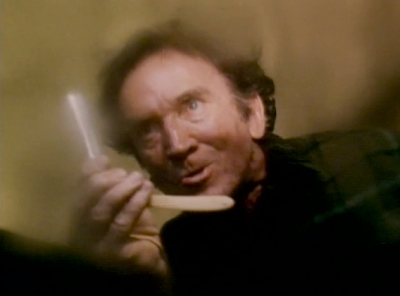 According to David Birney, who plays Hawksworth in the film, Henry went to sleep one day and woke up thirty years later. The Five of Me starts with a harrowing flashback of Hawksworth’s childhood, revealing an abusive father. Then the film moves ahead to Henry as a young man in Korea. After the North Koreans capture him, Henry slips into one of his survival personalities, which he has named Dana. Strangely, the limp he developed is gone and now he needs a good pair of glasses. To the outside world, it would appear that Dana is living a mild, three-piece suit kind of life, but in private he’s either a brash, threatening alcoholic, or a little boy, who keeps his toys locked away in a kitchen cabinet. When his old war buddy Harry (James Whitmore, Jr.) comes to ask Dana to be his best man at his upcoming wedding, the personalities begin to reveal themselves in far more dangerous ways. The hellraising Johnny is ultimately responsible for the Harry’s death in a car accident. Dana then falls in love with Harry’s fiancé, Ann (Dee Wallace) and they are married. Of course, this romance is marked by several scary moments, including one where Dana morphs into Johnny and then tries to strangle his pregnant wife. Eventually, a noted psychiatrist named Dr. Allison (Mitch Ryan) is able to help Dana work through these horrifying problems. 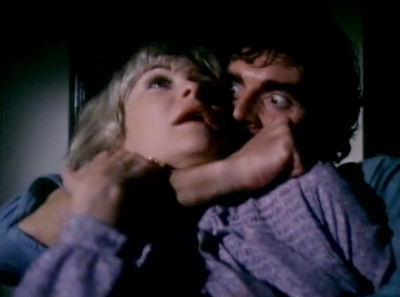 In an interview, David Birney discussed how he prepared for the role, and commented that to capture Henry/Dana as a boy, he spent a lot of time with his daughter. He said, “Your body is so different. There are certain things you can’t do because you lose your flexibility. My daughter can bend over and touch the floor with her head. Kids are active, always moving. They machine-gun their attention.” He also considered what life for Hawksworth must have been like: “For him, he was just a serious of blackouts. It must have been terrifying. Two hundred years ago and they’d have accused him of witchcraft… Certain things would trigger the submersion of one personality and emergence of another. He’d come home as Dana and his mother would mention some toys in the closet. She’d leave the room and he’d revert to a seven year old boy.” 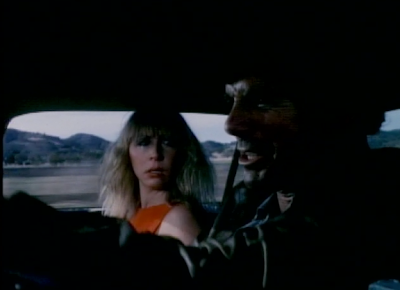 The Five of Me charts several decades of Hawksworth’s life, but seems most interested in capturing the relationship he had with his wife. And it’s not an easy ride. From the potential affair Johnny attempts to have with Ann’s best friend (Judith Chapman) that turns into a violent assault to burning Ann’s hand with a cigarette, it is really difficult to like Hawksworth, but Birney manages to make him both terrifying and sympathetic. I was surprised he was not nominated for an Emmy. The actor moves effortlessly between personalities, and each one is discernable, creating a uniquely heartbreaking journey. It is the stuff that great television is made of. 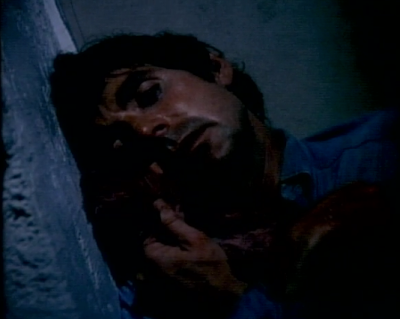 Sounds quite interesting. And what a cast! Dee Wallace, Mitch Ryan and Judith Chapman. Wow!

Wow!!! I just watched this and I was absolutely riveted by David Birney's performance. It is so easy to cross the line into scenery-chewing with a role like this, and yet he makes it incredibly realistic with seemingly effortless transitions between identities. I'm an actor, so I know how hard that must have been. I, too, was flabbergasted that he was not nominated for an Emmy. While researching the movie, I saw that an assistant cameraman was killed by a driverless car during a stunt shot. I wonder if the nominating committee held that against the film because, c'mon...not one single Emmy nomination??? Anyway, this is a must-see.