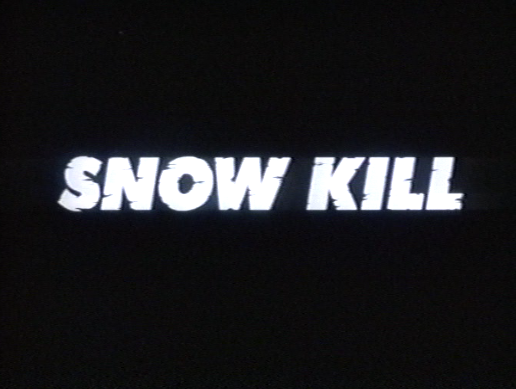 Confession: I bought Snow Kill on VHS many, many years ago because I thought it was the creepy Andy Griffith small screen suspenser Winter Kill. While the cast is clearly identified on the box, I am sure I just grabbed the video and threw down my two dollars without thinking twice. I mean, how can there be another movie with a similar title?

I popped on the movie when I got home (and I have a very clear memory of this, although I can’t even remember what I ate yesterday), and thought, “Hey, this is some new-ish flick,” and then hit Stop and went to bed. I’m no TV movie snob, but it’s frustrating when you think you are getting golden age goodness and see something else instead. I regret not finishing the film the first time out, and I’m even more sorry that I waited so long to finally down with Snow Kill, because it is surprisingly brutal and quite good. 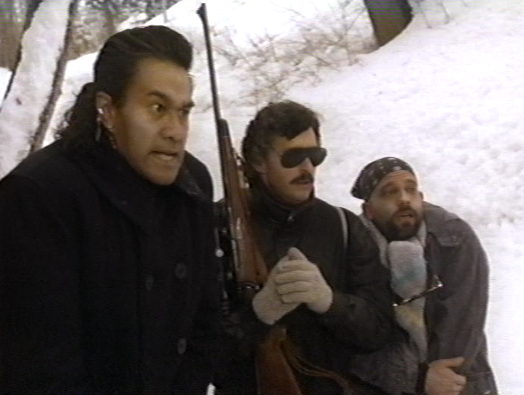 Admittedly, Snow Kill has a lot of story going on: The film revolves around three exceptionally cold-hearted convicts, led by Murdoch (David Dukes). After their arrest, a confidante hid their large and expensive bag of cocaine somewhere in the snowy wilderness. In an effort to retrieve the drugs, the men escape from prison and head into the vast nothingness. These guys means serious business too, and have no problem killing, raping or torturing. While they search for a way off the mountaintop (you know, because they killed the pilot of their helicopter) they encounter a pregnant woman whose hermit-esque hubby (Terence Knox as Clayton) has just gone out into the woods to do some good deed (this guy is a hardcore animal lover). Unfortunately, she becomes the next victim. So, now Clayton is looking for revenge. And while all of this is going on, a bunch of white-collar business folk are on a camping retreat. The boss thinks this will help them learn to work like a team, but naturally, it all goes haywire as everyone eventually reveals their true colors. Somewhere along the way, Clayton and the remaining survivors of corporate America band together to put a little foot to creepy convict ass. Or something like that. 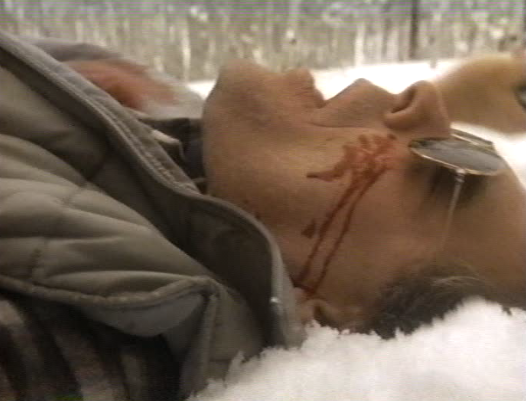 That’s just a mess of plot, but at the core of Snow Kill is a simple mano-a-mano survival flick with a few shocking moments... and a few dumb ones too. What makes the film so watchable is the cast, chiefly David Dukes, who is outrageously menacing as the main bad guy. The late David Dukes had one of those careers that most actors dream of. Extremely prolific, Dukes played everything from nice guy fatherly types to downright psychos. Perhaps most famous as Edith Bunker’s sleazy and utterly contemptible would-be rapist in All in the Family, no one knows how to bring on the slimy the way Dukes does. 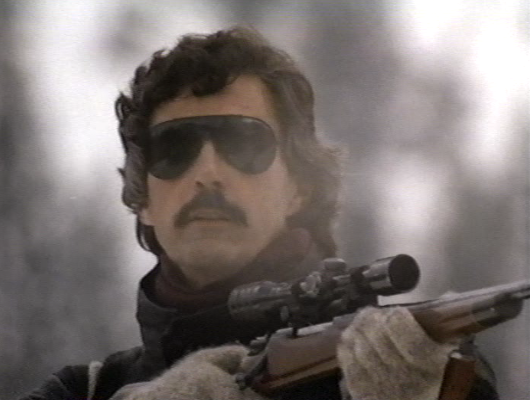 The rest of the cast is in fine form as well, including Patti D’Arbinville, who makes a decent foe against Murdoch And darnnit, Joey Travolta is kind of cute, if ridiculously helpless as well. Clayton Rohner also has a special place in my heart. He’s wonderful. So, there you go… a recipe for awesome is in the mix! 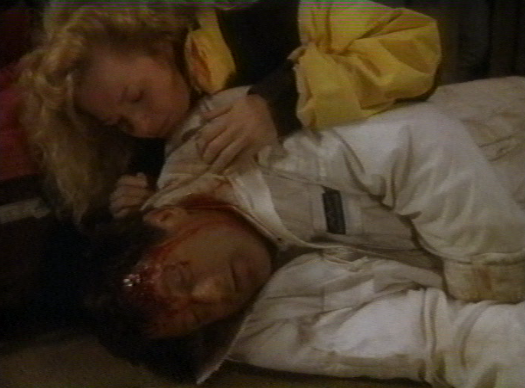 Through Clayton’s revenge obsession, the audience is able to hold on to the humanity of the situation, and that’s a good thing when the crossbows and bear traps come rolling out. Snow Kill originally aired on July 25th, 1990, and can you think of a better way to cool off during a summer heat wave than with a film that has bad guys that are just as cold as its landscape?

Snow Kill is available on VHS. 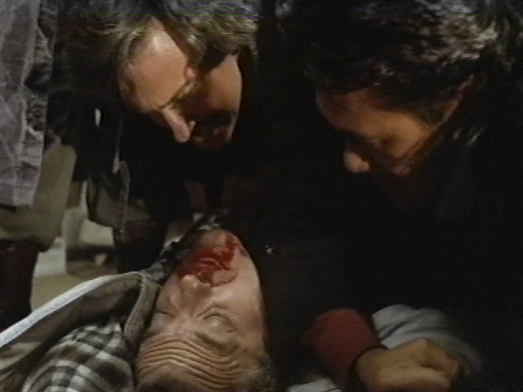