Must See Streaming Movie of the Week: A Twofer! 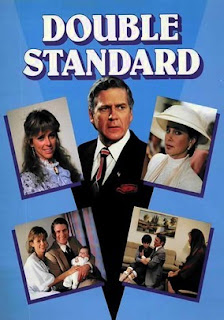 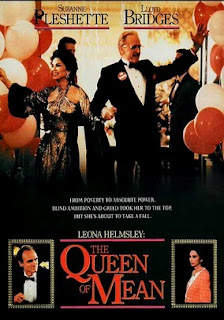 I haven’t really posted anything in the way of what’s streaming lately, most likely because Netflix removed their TV Movie tag from their Instant Watch playlist. I get so frickin’ frustrated trying to find stuff on there and so I sort of dropped off (after I passed along the big middle finger). But since I have a cold… or a flu… who knows, I’m coughing constantly and it sucks, and I'm sleeping only a few hours a night, so I’ve entrusted myself to Netflix’s Instant Stream once again and through some detective work I stumbled across two pretty great tele-films. 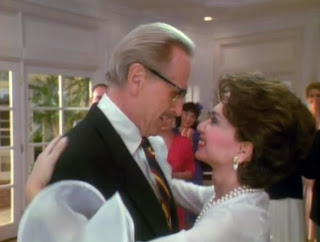 The first is Leona Helmsley: The Queen of Mean, which stars Suzanne Pleshette as our favorite scary real estate mogul. The magnetic magnate made headlines when she was sentenced to four years in prison for tax evasion. While Leona is infamous for how horribly she treated many of her employees, the Queen of Mean also shows a softer side to Leona, one that I was not expecting to see in this film. Her love affair with her third husband Harry (Lloyd Bridges) is wonderfully told, and even heartbreaking. I’m not saying Leona deserves our sympathy but I do like how the filmmakers set out to make her a lot more complex than some gave her credit for. Pleshette was nominated for an Emmy and a Golden Globe and if I didn’t already love her, I would have fallen in love with her. This is simply a knock out performance. 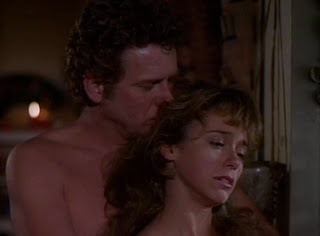 The other movie streaming on Netflix is called Double Standard and it’s based on the life of William Beer, who was a lawyer turned circuit court judge that lead a double life with two wives and a total of 12 children (10 in the movie) living not that far apart! The first wife had no idea the second wife existed, but the second wife was fine with his dual roles as husband and father. While not as good as The Queen of Mean, Robert Foxworth is fantastic in the role. He plays it very calm and collected, but just when you think he’s a total sociopath you see the wonderful relationship he carried with his disabled son from his first marriage. According to the movie, he maintained a close relationship with all of his kids after he was exposed (so to speak).

Double Standard is also of note because I love movies that feature cover versions of current popular songs. I spotted a faux I Want a New Drug and also a fake Karma Chameleon, among others. I don’t know why, but I kind of love these weird, somewhat soulless covers. Plus, the sounds tie in well to the Judge’s insensitive life choices. I’m reading too much into it, but there you go.

Both of these fine films are streaming on Netflix and well worth a look.
Posted by Amanda By Night at 10:43 PM

I found this link recently which has been kind of useful http://instantwatcher.com/

Oh, thanks for that link!