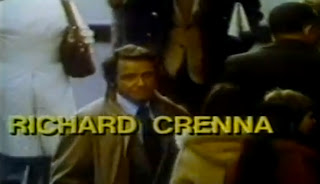 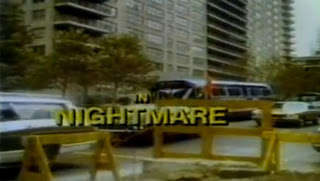 Patty Duke and Richard Crenna might be two of the most friendly faces on television. Many of us grew up watching Patty and who doesn’t like Richard Crenna? Seriously. The two were also an interesting duo on television, appearing in three projects together, one in the 70s (Nightmare), one in the 80s (the sitcom It Takes Two) and finally reuniting one more time in the 90s (another TV movie titled Race Against Time: The Search for Sarah). These two actors certainly shared chemistry and first showed it off in the underrated thriller Nightmare, which pits Crenna and Duke against a sniper! 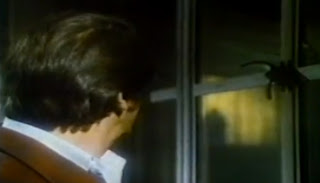 Richard Crenna is the straight-laced Howard, a guy who takes everything a little too seriously. He lives in a comfortable apartment in chic Manhattan and and balances out his priggish nature by dating his kooky neighbor Jan (Duke) who is an actress and someone who takes the world far less seriously than Howard. On the evening of a small dinner party, Howard thinks he hears gunfire from a building across the way. He also sees a flashing light, allowing him to pinpoint the apartment. When he hears news that a sniper has killed two people in his neighborhood, he calls the police and is promptly visited by the no nonsense and utterly humorless Detective Rausch (Vic Morrow) who only takes Howard half-seriously. Undeterred by Rausch’s patronizing shove-off, Howard begins to conduct his own investigation. Unfortunately, as he’s peering through binoculars into the sniper’s apartment he is spied back through the crosshairs of the shooter’s rifle! 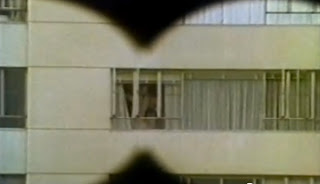 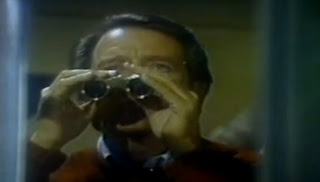 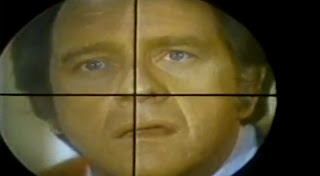 Many tele-films have riffed on Rear Window, including Someone’s Watching Me!, Through Naked Eyes and even a small screen remake of Rear Window, which starred Christopher Reeve. Honestly, the set-up definitely works on the small screen, as many TV movies played well with the claustrophobic setting. Director William Hale does tend to keep the setting confined and sparse, and the short 74-minute running span is somewhat brisk, and thankfully bereft of subplots. Things open up a bit at the end though with a pretty great chase through the streets of New York. There are marquees, lights and people and yet no one will help Howard.

Nightmare is never really pulse pounding, but it has quite a few tense moments. Once we see the killer has spotted Howard, the film concentrates on suspenseful set pieces as Howard and Jan attempt to find any kind of clue that will bust the killer, before he busts them! This film is a welcome and breezy tele-film that features both Henry Winkler and John Travolta in small (and uncredited!) roles. 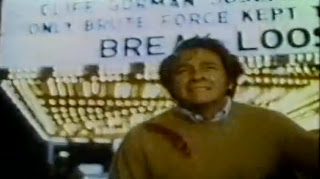