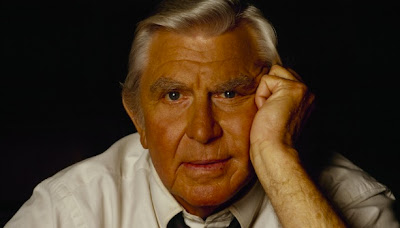 This has been a hard week for retro TV fans. The loss of Andy Griffith has had an effect on different people for different reasons. Some think of Andy Taylor, while others wax poetic about Griffith's cantankerous Ben Matlock (or if you are me, you think about his awesome TV movies). My friend, Marcella Cara Lester who I will lovingly refer to as an uber-Griffith fan, and an especially devout devotee of Matlock had this to say about Griffith's passing:

The news of Andy Griffith's passing was devastating. Watching Matlock with my Mother, even during her 1-month bedridden post-surgery recovery, we would make sure alarms were set in time for the 8am re runs, and with coffee in hand we would sit down and get lost together in the magic. Growing up without knowing my grandfathers, it was very easy to fantasize that Andy Griffith was someone I could see in the capacity of a grandfather role with a mutual love we shared of education, gospel music, singing, acting, etc. Being able to meet Andy Griffith to share my story and thank him was an item on my bucket list I treasured for years. Sharing my story now will not remove the dream from a list of goals, however it does slightly appease the sadness of his passing in knowing that a love of an actor is a unifying factor in keeping a legacy spanned over six decades alive.

I'm not as well versed in Matlock-mania but I wanted to contribute and I found these ten fun factoids about the show:

Brandon Tartikoff, the then-head of NBC programming, liked Griffith’s performance as a lawyer in Fatal Vision so much he recommended that producer Fred Silverman build a show around the actor as a lawyer.

Ben Matlock was a southern gent with a Harvard education.

The series was cancelled by NBC in 1992 and promptly picked up by ABC.

The episode The Hunting Party was shot in Griffith’s hometown, Manteo, NC. He asked some of his friends to be extras.


Jake and the Fatman was a spinoff of Matlock. 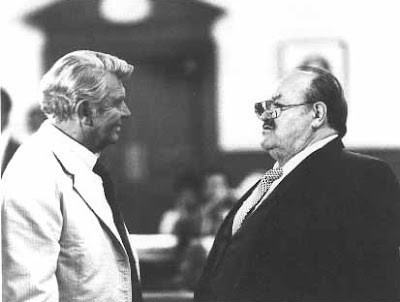 Don Knotts guest starred as Les ‘Ace’ Calhoun in 16 episodes of the series, including the two-parters The Ambassador, The Picture, and The Assassination.

Ben Matlock made his last appearance in 1997 on a two part episode of Diagnosis Murder from season 4 titled Murder Two. Diagnosis Murder was a CBS program, which means the Matlock character has appeared all three major networks, NBC, ABC and CBS. 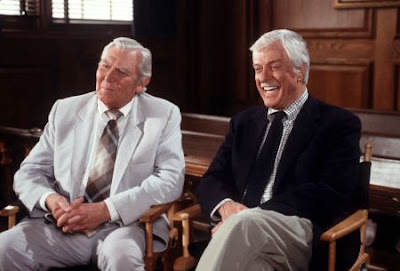 George Peppard made his final TV appearance on Matlock in an episode titled The P.I., which was actually a hopeful pilot for a spin-off. Griffith only appeared briefly and the episode aired on March 3rd, 1994. Peppard died on May 8th, 1994 before any of the series could be filmed.

Griffith had this to say about playing Ben Matlock: “It’s a wonderfully conceived part. You are almost unlimited in what you can do in the part. The courtroom scenes are fun to do because they have a theatrical quality to them… This character can go more directions than any I’ve done before.” 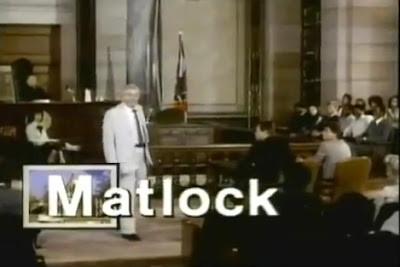 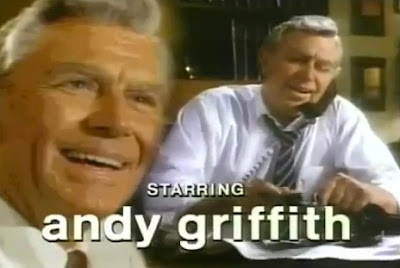 Andy Griffith talks Matlock on The Tonight Show:
Posted by Amanda By Night at 8:53 PM

I loved him as Sheriff Taylor, but I never watched Matlock. Not sure why not, since I am a huge Murder, She Wrote fan and you would think I would have just loved watching this show, as well. I think I need to rectify that and find out just who Ben Matlock is.

Regardless, Griffith will be missed.