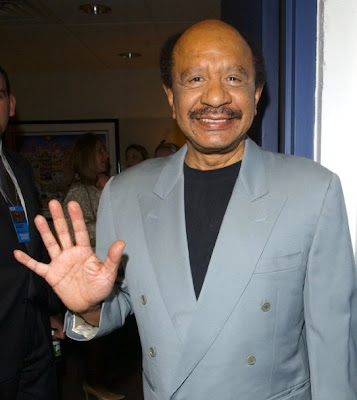 It is with the utmost sadness that I am writing about Sherman Hemsley today, who passed away at the age of 74. Most of us probably grew up with George Jefferson dancing on Bentley’s back, giving Weezy grief or calling Mr. Willis “honkey.” Sherman’s comedic timing and gift for physical humor was impeccable, and by all accounts he was a generous actor and man. I have never had anything but love for him, because he always made my day a little better.

Sherman was born in Philadelphia where his aunt, a Pentecostal preacher raised him and he says the adults in his life found him “destructively creative.” As a young man he worked for the postal service while honing his craft in small theaters. He was discovered by Robert Hooks and worked for the Negro Ensemble for many years. His big break was on Broadway in Purlie, which is a modern take on “a sly, scheming house slave.” It was there that Norman Lear saw Sherman and a few years later asked him to play George Jefferson, the cantankerous and strong black business owner who moves next door to Archie Bunker on All in the Family. 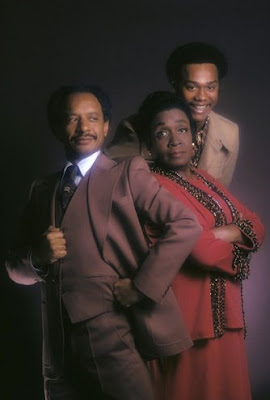 George and his wife, Weezy (the great Isabel Sanford) were a hit and they got their own series, The Jeffersons in 1975. Sherman was uncomfortable with fame and in a great TV Guide article from 1987, it was reported that during this time his shyness was mistakenly considered “aloof” or “rude.” Marla Gibbs was initially worried about how to play off of Sherman but said that when the audience came in, "that child came alive." He was indeed quite unlike his argumentative counterpart, and he was a bold actor to take on such a potentially unlikable character, turning humor onto intense social issues. After eleven wonderful seasons, The Jeffersons was cancelled and he moved on to other projects, although he was told he shouldn’t be surprised if television didn’t come calling again. To the world, he was George Jefferson. 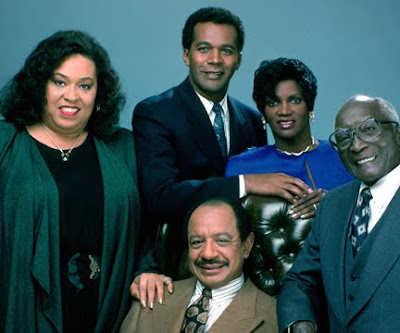 Just a couple of years ago I was able to rediscover Amen, thanks to TV One, who plays it in the morning. I had wanted to see it again because I remembered so little about it. Much to my surprise, although I knew it would be fun, I was floored with how completely hysterical Amen was. Sherman said he enjoyed playing Deacon Frye because “the deacon is more educated, he’s not slamming doors in people’s faces and calling them honkies.” In the same interview with TV Guide his castmates noted how good he was to the cast and crew, making sure everyone was fed and little things like that. And while he was fiercely private about his personal life, he was also a known animal lover (and apparently a huge fan of prog rock, according to this article). 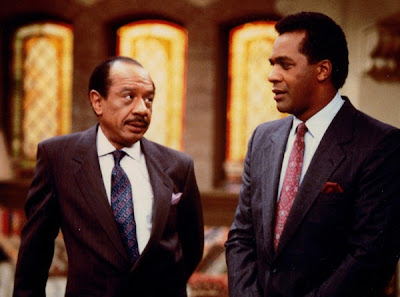 The cast seemed to really enjoy working with Sherman and he told the Archive of American Television that he needed to work on the physical aspects of a scene before he could memorize the dialog. His gift was definitely in movement, and that’s what I loved most about Amen. The series lasted five seasons, and each year it got wackier and more ambitious with the stunts. Some of my favorite episodes included Sherman dancing with a giant snake, Sherman dressing in drag to visit his daughter Thelma (the hysterical Anna Maria Horsford) who had just joined the army, and then eventually getting in an incredible fight with her drill sergeant (played by Richard Roundtree!), or when he had a run in with several cats while hiding in a potential girlfriend’s closet. He had a tremendous ability to make us laugh and Amen was an uplifting show. While I would not consider myself a religious person, I thought the series really spun the most positive aspects of family and community in a church setting. I was won over immediately and watched every episode at least four times. I actually recall watching the show not so long ago and thinking to myself, “I hope Sherman is here for a long time.”

Although he made many appearances on television after Amen (often reprising his Jeffersons role with his onscreen wife Weezy), Sherman relocated to Texas where he lived pretty quietly. He gave the world a look at how shy and reticent he was when he appeared on a season of the Surreal Life in 2006. He was an odd but interesting choice and I remember Marla Gibbs came on the show to do an act with him and he just lit up the room. Sherman was a performer, a comedian, and just a wonderful presence in my life. He often made me laugh when I thought nothing could. I already miss him.

Sherman also had an almost-career as a musician. Watch him cut a rug here:


And here is a fantastic clip of Sherman impersonating James Brown on Amen:

He'll always be B.P. Richfield to me.

The Jeffersons was a staple of my childhood and Amen was my favorite as a college student. I will miss Sherman and his comedic genius. He was an original.

Hi Guys! Thanks for stopping by and commenting.

Billy, I had to look up BP Richfield. I'm ashamed to say I've never seen Dinosaurs. I must now, I must!

I agree with you Shell, he had an amazing knack for comedy and I'm not sure what this world will be like without him. A lot less fun, for sure.