The TV Sidekick Blogathon: A Love Letter to Bosley on Charlie's Angels 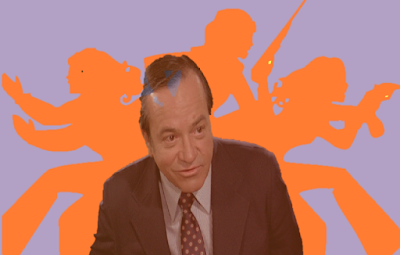 … and a number cruncher named Bosley.

Scratchy voiced David Doyle came up in a family of lawyers, and even attended law school, but found acting was a lot more fun. In 1960 he made his debut on Broadway in a musical titled Beg, Borrow, or Steal, which just happened to coincide with his earliest television appearances (IMDb lists his first credit in 1959 as “Desk Clerk”). He certainly paid his dues, working his way up the ranks, appearing regularly on The Patty Duke Show, and Bridget Loves Bernie among others. And while he was a common small screen face, he didn’t become a household name until an offer to play the (originally) grumpy bookkeeping assistant to a never-seen Charlie on a landmark seventies action series came to his door. Charlie’s Angels would be unvaryingly lambasted by snooty critics, but loved by adoring fans like myself, who found Doyle’s John Bosley (referred to mostly as Bosley or “Boz”) a perfect companion to the lovely trio of detectives who solved mostly glamorous crimes on a weekly basis.

Let’s be honest, the Angels, five in all, were uniformly perfect, and it may have seemed a given that Bosley would possess some form of lascivious middle-aged chauvinism, or come across as someone who was resentful of the power positions of his female co-workers. But in Doyle's confident shoes, Bosley was a lovable pragmatic assistant and friend. While many viewers saw him as a father figure to the women, Doyle thought he was more like the good-natured and goofy Uncle who might be a bit spinster-ish with the books, but whose ultimate desire was to see the Angels succeed.

With all this love for Bosley in the air, I dove into my research by flipping through the normally reliable Prime-Time Life by Aaron Spelling and scanned the chapter all about the Angels for Doyle anecdotes. But wait. Did my eyes just deceive me? Was there really no mention of the fabulous actor who portrayed Bosley and the role he played in making the series so great?

But you know what? Isn’t that par for Bosley’s course? Doyle faced an uphill battle with the series, initially playing Bosley as a curmudgeon number cruncher in the pilot movie (alongside David Ogden Steirs who disappeared by the time the series began). Doyle did indeed have the unglamorous task of making his pencil pushing “secretary” character into someone likeable, and also someone who didn’t mind hanging around the background while his three female co-stars took the spotlight and better on-set stylists.

And there is very little to Bosley, actually. He talks to Charlie, takes phones calls from the Angels, sometimes puts on a costume and/or accent to help his co-workers out, and then often finds himself the butt of the joke during the end call where Charlie wraps the whole affair up. Doyle could have easily leered at the lovely actresses, picked up his check and spent his days snorting coke in Bel Air (I’m just sayin’ for the sake of argument), but he chose to bring intelligence, humor and depth to the character. Also, he simply loved acting, and loved working with his co-stars. He once commented that working alongside three beautiful women or acting with three cigar smoking males was all the same to him, because it was the job that mattered and he saw his castmates as equals who wanted to work just as much as he did. I don’t mean to quote Aretha or anything, but R-E-S-P-E-C-T.

Although he’d get a few love interests (who were usually bad guys in cashmere), and a couple of Bosley-centric episodes, Doyle was fully aware of his place in the series, stating in an interview “I don’t know a show that has three equal leads. So it gets harder and harder to add a further element of equality – me.” And while he publicly wished Bosley was a little more together, I grew up seeing him as quite the hero, probably in part because he readily set aside his ego to let the ladies shine. I also realize that despite that lack of spotlight, I still saw him as less of an assistant, and more a full-fledged partner. I mean, he even had his own silhouette!

What’s so interesting about ol’ Boz is that, while many critics derided the series for it’s jiggly charms and fluffy demeanor, it sometimes served as a space for some interesting gender bending storylines, where Bosley played the “girl” who needed rescuing. Angels in Waiting (OAD 3/21/79) is a prime example of this, featuring Doyle in the first of only a few Bosley-centric episodes, where he is a lovelorn, frustrated “secretary” who attempts to have a little adventure of his own. Of course, he’s fallen for the wrong lady, and inevitably has to be saved by the Angels. Switch the roles, and it would look like an episode of any other detective show, but in this bubblegum wrapper of a series, we’ve just predicted The Heat! Wut? I know. Cool, right?

And further to Boz's charms, despite being mostly a flashback episode, in the very last Charlie's Angels, Let Our Angel Live (OAD 6/24/1981), Bosley got to show off some insanely amazing chops after Kelly is shot by a suspect. I can't even put into words how much he goes into a tour de force of badassery, so I'll just do it in pictures: 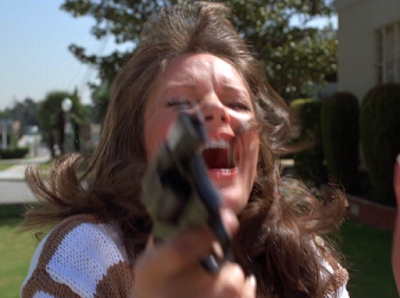 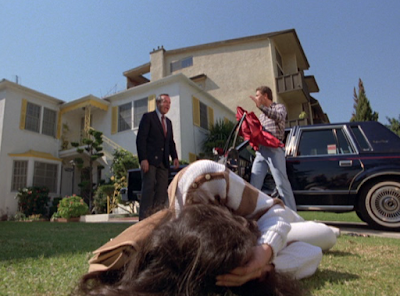 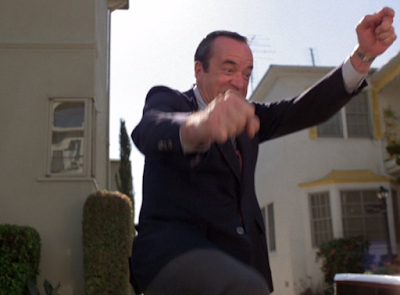 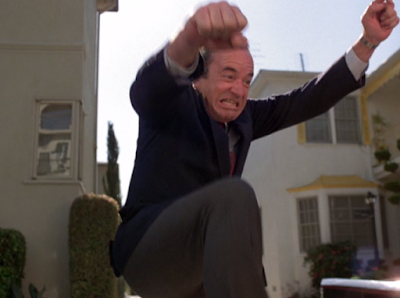 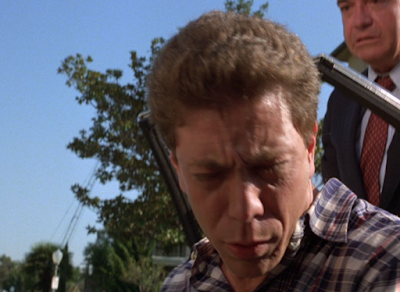 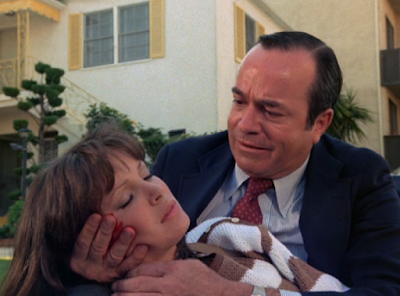 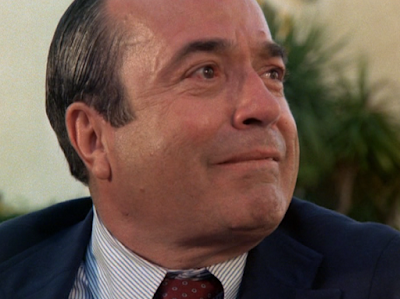 But despite all that male feminism and working for the love acting, David Doyle was the best simply because made me smile. It’s not that the Angels weren’t funny (although they really weren’t, let’s be honest) but Doyle had terrific comic timing, and was never afraid to be the silly odd man out. After Kate Jackson left and the ratings began to dip, one forward thinking television columnist suggested that Bosley was the Angel’s Fonzie, and that his role should be expanded to exploit his character to its fullest potential. Bosley in a bikini with a holster? I’m in.

This post is part of the TV Sidekick Blogathon, which is hosted by the fine folks over at the Classic Film and TV Cafe. Check out the rest of the amazing entries by clicking here.