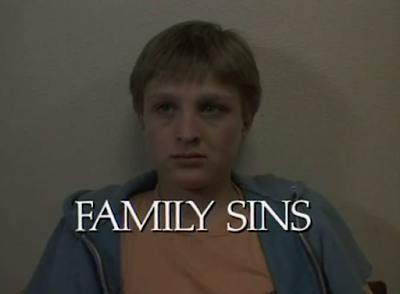 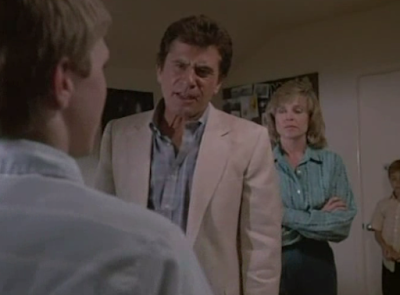 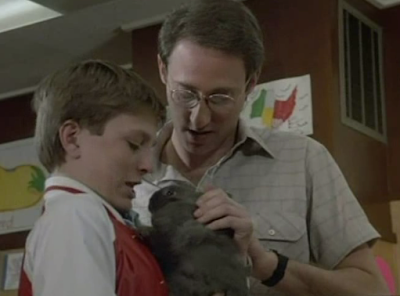 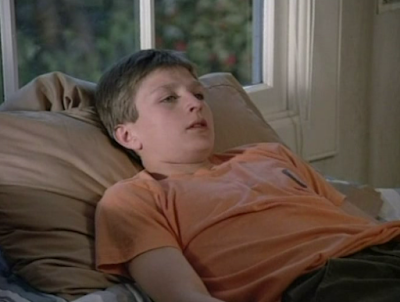 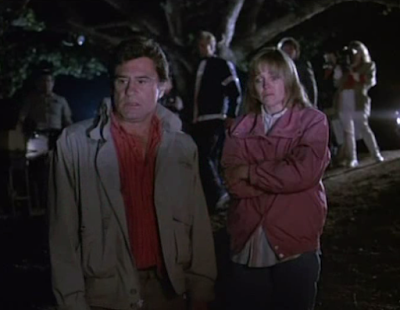 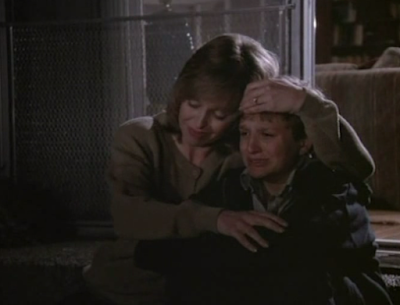 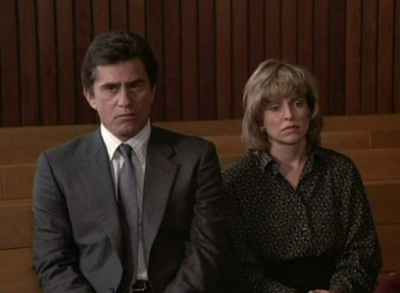 Now that I'm traveling into the more dramatic 80s and 90s domestic-centered TVM output, Jill Eikenberry has been popping up on my radar. She is an excellent actress, always drawing me in immediately by exuding a likable presence. She's fantastic in this film, and is really the everyman, speaking for the audience, demanding answers where there are none. The child actors are also great in their roles, and Spiner shows off some early adorable in a part that I wish was more integral to the film. I recommend Family Sins to those who enjoy these kinds of family dramas. It's quiet and methodical, but it's also a downer so bring your kleenex, and maybe a nice glass of wine. Worth seeing just for Farantino.
Posted by Amanda By Night at 5:58 PM

I can still remember watching (and even taping) this movie back in 1987 (though I don't think I have it on tape anymore). As you said, it's a downer of a movie, but yet for me it was very compelling. I've been a credit-reader since childhood, so I remember this as the first place I ever remember seeing Brent Spiner, long before he was best known as Data. I also remember lines from a psychologist brought in to help the family, especially the dad, talk through the resulting mess. Dad, in describing his 2 sons, said something like "Keith was always pleasing people. Bryan fought me every step of the way.". The psychologist said something back to him that's stuck with me since then: "Children aren't here to please us.". Although I'm not a parent myself, I think that's something parents, and anyone who knows them, should remember.

Amanda, how did you find this film and by what means did you view it? I've been trying to find it for around a month - the first 20 minutes or so are available on YouTube and DailyMotion but I can't find the rest anywhere (I'm based in the UK). It seems the only way I can purchase it is on second-hand VHS from the States. I'm not so desperate as to go to that much trouble, but I would like to see it. If you have it, any chance you could upload it on YouTube or anything, and send me the link?

Thanks so much for reading and commenting!

Jon, that line you singled out is very poignant. I think there's just enough moments like that to keep the film engaging despite all of the sadness.

George, wish I could help you. I was given a copy of Family Sins and I have no idea where it came from. Try iOffer (not sure they ship to the UK). They have a lot of made for tv movie offerings. Good luck!

Could not find this in the UK on dvd,a beautifully made and acted film but boy what a sad one.
Lovely to read about it here