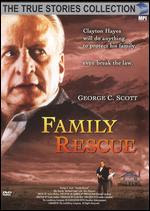 The beauty of being sick (which I have been all week) is that you sometimes, in a ill-stupor, come across movies you never knew were worth seeing. This happened to me last night when I put on Lifetime in the hopes of drifting into a nice “Television for Women” slumber. Of course, slap George C. Scott into anything and chances are I’ll want to see the whole thing anyway, but I was please with just how good Country Justice was.

George C. Scott plays Clayton Hayes, an aging miner who takes care of his loving granddaughter Emma (Rachel Leigh Cook). She begins to long to see her mother Angie (Ally Sheedy) and during one Christmas break she travels alone to her mother’s shabby mobile home in another state. There she meets Ray (Don Diamont, looking hot even with a mullet), Angie’s lover. Smitten with Emma, who looks even younger than 15 years old (creepy!), he wines and dines her and after one hazy night of sex (was it rape? Even Emma doesn’t know…), she becomes pregnant. With the help of her grandfather, Emma has the baby and after some woeful medical bills, decide Clayton should adopt the little boy so he can have medical insurance. Of course, creepy Ray – who’s been prowling around Clayton’s place for some time now - decides better of it and gets custody of a kid he really doesn’t want. Clayton takes off with the baby and with the help of his fellow trucking and mining buddies, goes on the lam. 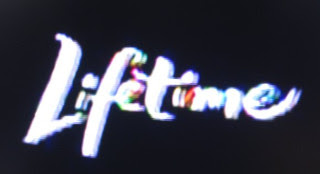 Lifetime is where it's at!

Let’s face it, by 1997 most tele-films were nothing to write home about. Granted a few good ones came out, but the interest in small screen stand alone features was pretty sad, and no wonder, since the 90s was the age of the disease-of-the-week. It's easy to see why this movie came and went under the radar. Well, thank god then for Lifetime who has kept this film alive over the years. I have seen it advertised several times, but never had a chance to catch it until last night. Here I am, over 12 hours later and I’m still thinking about it. I mean, it’s not some incredible study on human existence or anything, but it’s thoughtful, sweet and yeah, a little sentimental – in a good way. This was one of Scott’s last films and I think a nice turn for such a strong actor who often played it a little louder. Here he’s just a grandfather. Kind, caring and oh-so-watchable. Cook is great and lovely in the part. I felt really bad for her and her situation and although I thought Ray was mega-hot, Diamont definitely got the creep vibe working. I couldn’t wait to see him just go away. Sheedy is good, but her part is small and doesn’t really figure in like the other three.

OK, so you hear the words Country Justice and George C. Scott and I know you’re thinking he’s just going to blow off Ray’s head, but he doesn’t and I’m glad this movie wasn’t some crazed hillbilly crime drama. Instead it’s about people taking care of their own and finding hope in the darkest circumstances. In other words, it’s about life. So I guess that makes Lifetime the perfect station to play this underrated drama!

Email ThisBlogThis!Share to TwitterShare to FacebookShare to Pinterest
Labels: drama, made for tv, truckers