I’ve had a copy of Secret Weapons sitting around my apartment for what seems like forever, but is actually more like 3 years. I started to watch it back in the day, but for whatever reason, never made it past the halfway point. Not that it was bad or boring, I think I had to do something like a chore or work or something really stupid. And being the kind of half-assed person I am, I put the movie aside and then it got lost in the shuffle of the TV movie madness known as my life.

Cut to last week and here I am desperately looking for something to pick up the old spirits and this movie somehow surfaced to the top of my pile. I don’t know exactly how it got there except to say that I now believe divine intervention is real. So I popped it on and TV movie heaven commenced.

Secret Weapons is meant to expose the sordid underpinnings of the Russkies and the lengths they would go to ruin anyone from the US of A. Instead, it’s a really campy look at sex for sex’s sake - TV movie style. The Russians are enticing beautiful young school girls who speak good English to basically become high-priced hookers who do a little spying on the side. Once you’ve been selected, you go to a “school” where they teach to pick the locks, have you watch girls in bikinis dance, oh, and also force you to have sex. Once you’ve graduated, you can take those very valuable lessons and seduce various visiting Americans and expose them (literally!) when needed.

See what American TV makes you do: 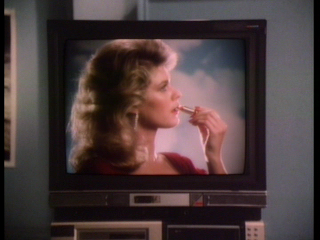 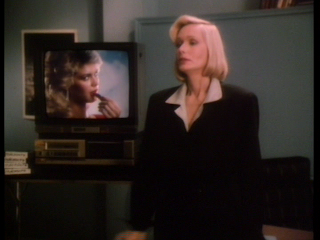 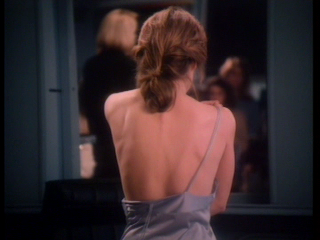 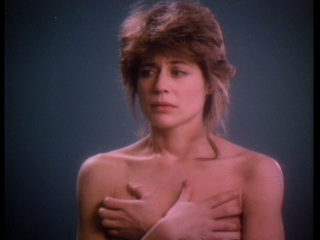 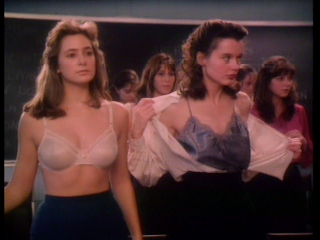 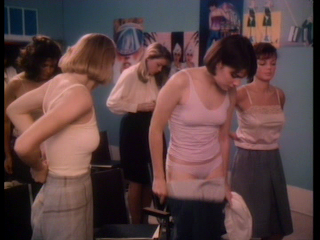 The school is run by Colonel Victor Khudenko (James Franciscus) and the training is conducted by his very serious wife Vera (Sally Kellerman looking fab!). Two of the students are Elana Koslov (Linda Hamilton) & Tamara Reshevsky (Geena Davis). Although both graduate, it’s obvious that Elana is the one the Colonel and Vera are counting on. They need her to be successful to keep their business going. Too bad Elana has this thing called a conscience, which tends to get in the way of her missions. Sure she’s successful at busting a young rich kid (Christopher Atkins), but goes all head over heels when she’s assigned to Jack Spaulding (Hunt Block, who I loved as Lee Ramsey on One Life to Live). What will Elana do? Has watching girls in bikinis dancing turned her into a full blooded American patriot or will she remain loyal to her country and kick her man to the curb? Well, you’ll have to watch to find out…

How you say? Very cute American boy (Hunt Block)
Secret Weapons is a lot of fun. Every subtle element is completely overblown and becomes ridiculous. I mean, is it possible the Russians really thought Americans were like that? Or is it just the Red’s wishful thinking? Or rather was it just the screenwriters' wishful thinking. I mean, the 80s were awesome, but not this awesome. The scene with the bikinis and girls putting on lipstick is worth the price of the DVD.

The actors are all great and manage to keep the ludicrous ideas at bay. Hamilton was something else. Quite beautiful, she always had an air of confidence about her and was prefect for the part. Seriously, the Cold War would have been a lot more fun if this movie were based on any facts. Of course maybe it was, because was there a better decade to have a sexy spy than the 80s. Imagine the hair!

I've always liked Linda Hamilton a lot and I'm tempted lately to marathon Beauty and the Beast…again! Maybe just the best episodes. I feel like she's an actress that didn't get a big chance to shine, because she's very talented. Perhaps her personal issues got in the way over the years as I'v read.

Meow is right when it's James Franciscus!!