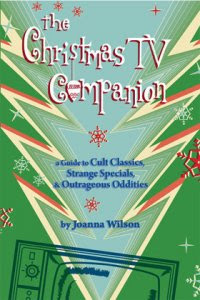 Not too long ago, I wrote a little ditty about the books you should read if you are so totally into made for TV movies that it’s all you can think about. In other words, if you are me. I kid, of course, and I was thrilled with the responses I received regarding that post. Books about pop culture are rad, and they are even cooler when someone takes a piece of that culture and narrows it down to something unique and fun. Joanna Wilson found a really neat little niche for herself when she decided that Christmas TV was where it was at, ya dig? I recently got a copy of her extremely informative and entertaining book, The Christmas TV Companion: a Guide to Cult Classics, Strange Specials & Outrageous Oddities, and well, it was love at first sight!

Let’s deal with the fun stuff first. Christmas is awesome. For those of us, like myself, who grew up with one eye pointed directly at the TV (no wonder why I got so many headaches), the winter season meant lots of wonderful programming. Whether it was Rankin and Bass stop motion animation, fun sitcom specials or sentimental TV movies, the airwaves were alive with yuletide glee. Joanna was obviously heavily influenced by this programming and she noticed things like some shows were taking great liberties with Santa’s image. For instance, did you know Ren and Stimpy celebrated a “gift-bringer named Stinky Weezleteats,” or that in a lot of Mexican holiday specials, Santa’s rival was Satan? Seriously. And that’s just the tip of the North Pole iceberg. 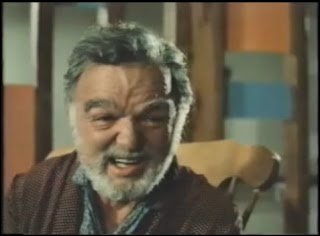 The grandpa in Silent Night, Deadly Night is cah-ree-py, and I adore him!
Joanna’s book is intended to cover the quirkier side of the holiday, and there’s a lot of stuff here that fans of pop culture will want to see, plus there’s a look at some stuff that doesn’t get discussed enough, such as the Star Wars Holiday Special. Please note, I said discussed, none of us need to actually see it again! And of course, when anyone mentions David Bowie and Bing Crosby singing Little Drummer Boy, well, they steal my heart. Oh, and there’s TV movies here too! YAY! 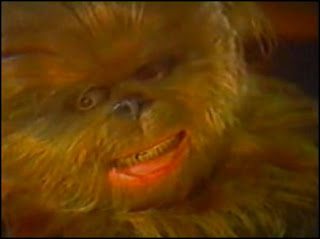 The Star Wars Holiday Special = Weird!
There’s a little bit of everything here (including TV movies!) and Joanna’s book serves a real purpose. I was surprised to see that yuletide TV hasn’t been covered yet, or at least not in this kind of detail. The Christmas TV Companion, which is just a precursor to The Christmas TV Encyclopedia, is something that's been needed for some time. It’s the kind of book you can either skip around or read straight through, and there’s a handy MYOM (Make Your Own Marathon) Guide throughout, so you can program your own fantastic holiday fare. With so many of the older specials airing less and less, this is very fun alternative! I mean, who doesn’t want to watch Silent Night, Deadly Night, The Judy Garland Christmas Special and A Blackadder's Christmas Speical together? Well, maybe that's just me...

Joanna recently did a guest blog for me for The Gathering (with location shots and everything). Click on the link for the review.

Then check out Joanna's awesome blog, The Christmas TV Companion (where you can read my review for Nestor, the Long Eared Donkey!)

And then visit the official website for the book... and then buy the dang thing! 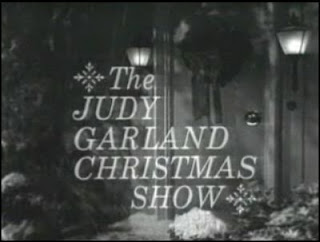 It is a great book, and Joanna is very nice person!

Catching up on my blog rounds....thanks for your comments over the weekend, BTW. Not long ago I found out about the Star Wars Christmas Disaster and I believe you can watch it in its entirety online. Strange that I don't remember watching it as a kid as I was a huge SW fan.

It is all online. Yikes! I remember when it was so rare you made yourself sit through it because you felt like you had to see it before it disappeared again!