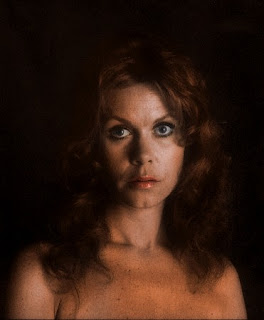 I came across some news on Fangirltastic regarding a new take on The Legend of Lizzie Borden, which is undeniably one of the greatest small screen achievements of the 70s. Chloe Sevigny (Big Love) has been cast as the removed and creepy Lizzie. I have not seen Big Love, but check out this photo: 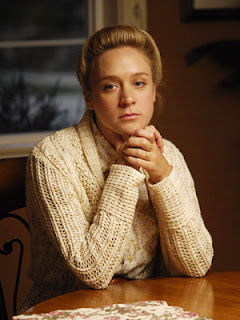 She looks pretty darn perfect for the part! Chloe was amazing in Boys Don't Cry and The Last Days of Disco and I think she's been well cast here. Tom Hanks is one of the producers and the project is being made for HBO. It is still in development but it looks like the expected release date is sometime in 2012 and will be a mini-series.

The Legend of Lizzie Borden captivated a generation with its methodical pacing and an eerie and absolutely brilliant performance by Liz Montgomery. This project looks like it's going to be a good attempt at capturing the story for a new generation. And who knows, maybe it will spark a much-needed DVD release of the original. While I don't think much could compare with the 70s version (which is TV movie royalty as far as I'm concerned), I feel like this project is in great hands and I'm really looking forward to catching it next year!
Posted by Amanda By Night at 2:08 PM