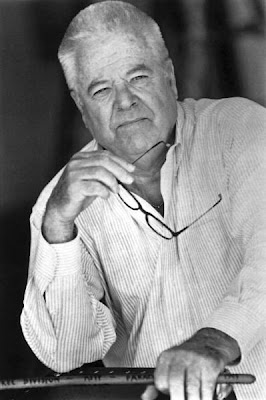 It seems like I've known William Windom my entire life. He was on my television all the time and I always found him to a personable and attractive presence on screen. So, while I never knew Windom in person, there is one thing I feel I can state as a fact.

He was an amazing actor.

He appeared in a gazillion things from Star Trek to Night Gallery to A Taste of Evil to Amen to Boy Meets World. He won an Emmy for his performance in the short-lived series My World and Welcome To It, which was based on James Thurber’s The Secret Life of Walter Mitty. He was everywhere and it was a surefire bet that when Windom was on the screen you were going to be entertained. I’ve thought of all of this and of course, I’m grateful that such a wonderful actor has graced my life for my entire life, but as I sit here reflecting on his prolific career, all I can think about is his turn as Dr. Seth Hazlitt on Murder, She Wrote. 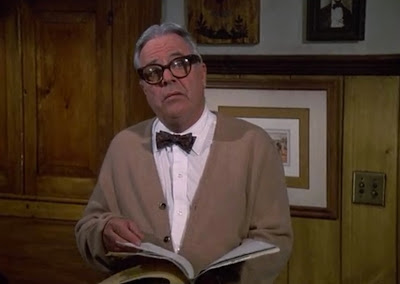 Seth was a bit of a badass. First Appearing in season two, Seth played a warm curmudgeon who, at the beginning, just might be a potential love interest for J.B. Fletcher (and I’m saddened we never saw them as a couple). He had a rather dark past, was accused of murder, hated Christmas because his parents totally spoiled it for him one year and he was also estranged from his brother. Seth was the recurring character who appeared most – over 50 episodes – and his delightfully crusty persona was always welcome on my screen. I adored the Cabot Cove episodes, especially when Seth and Sheriff Metzger (the fantastic Ron Masak) were in heavy demand.

I just discovered Murder, She Wrote this year on a whim. It’s available on Netflix streaming and I was curious to see the pilot. I was instantly drawn to Jessica Fletcher’s charisma, and Lansbury’s obvious command of the screen. Over the next few days I started watching season one, and before I knew it, I was watching them every night before I went to bed. And that tradition has continued to this day (I’m finally on season 11). Just last week I was spending another crazy weekend marathoning the show (I know, I lived on the edge), and I was purposely picking out the older Cabot Cove episodes for my viewing pleasure. If Seth wasn’t it, I wasn’t interested. I even went back to the pre-Metzger days, because I love how frazzled Seth got whenever he had to deal with Sheriff Amos Tupper (Tom Bosley). It was these little quirks on the series that made Cabot Cove a very familiar and welcoming town to me. I know it doesn’t exist, but I am retiring there. I still have a couple of decades to make Cabot Cove real so give me time! 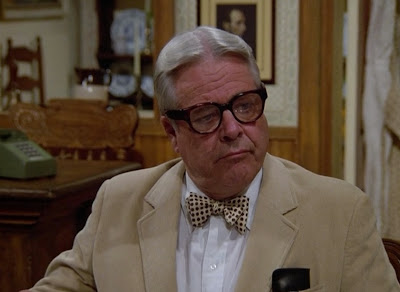 At any rate, William Windom has been a very important part of my life this last year. When I started watching the series, I was gearing up for my first semester at a new college and I got the stomach flu two days before classes began. I remember laying on the couch, achy, tired and in pain and there was Murder, She Wrote, removing me from my stressful real world troubles. I will always be grateful for the MSW crew, and I will always love Windom for giving such wonderful life to Dr. Seth Hazlitt.

RIP William, you were a one of a kind. 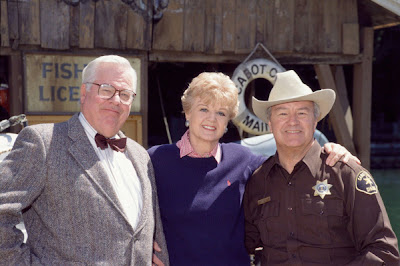 I have watched Murder, She Wrote since it began airing back in the 80s and have loved the character of Seth since then.

I wish there were more Cabot Cove episodes and I, too, wish Jessica and Seth had found their way toward a romance, at least at the end. I was holding out hope for one final reunion movie, set in Cabot Cove, with Jessica, Seth and Mort. Bu that is just something we won't ever see now.

Sad. But we have all these old episodes to go back and enjoy. And I do and always will. Oh, and I will be a neighbor of yours in that Cabot Cove in the future!

I'm so glad I'm not the only one who noticed the sparks between Seth and J.B.!

I'm also glad you will be my Cabot Cove neighbor. Let's just makes sure neither of us get murdered! :)