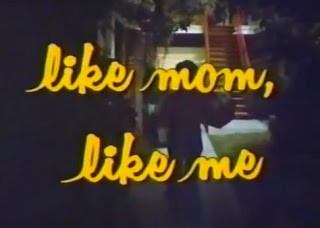 Like Mom, Like Me might seem quaint or even trite by today’s modern Kardashian 15 minute marriage standards, but things were different in the decade of bellbottom madness. Divorce rates were climbing while women attempted to escape the Feminine Mystique, and this film captures a very rocky era of uncertainty with a little heart and thought.

Linda Lavin is Althea, a college professor with a teenage daughter. Her husband has left his family for a younger woman, forcing Althea to reassess her life. She flounders big time, travelling from man to man, while her daughter Jennifer (Kristy McNichol) attempts to adjust to a single family household and her mom’s new sex life. 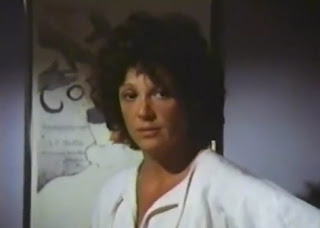 Linda Lavin called the movie “a love story between a mother and a daughter… It’s a very human, powerful story.” However, in some ways, Like Mom, Like Me feels like a racier Afterschool Special. That’s no complaint, I adore my Afterschool Specials, but it’s hard to deny there are some heavy handed moments. Yet, it is so well acted, I didn’t care so much when it tried to hit me over the head with its messages.

As she is in everything, McNichol is amazing as the confused daughter who embarks on her own romances while helping her mother work through her own. There are fights and there is understanding, and while it's a little predictable, McNichol helps to keep everything engaging. Lavin is also great in her role. Confession: she annoyed me a little as Alice, especially when she would tell Mel to “get involved” (insert New Jersey accent here), but now that I’m the age Linda was when she made this movie, I found I truly felt for her situation. The character is lost in a world that has become more swinging and less traditional. She falls on her face many times, and surprisingly turns away the one decent relationship that comes along. Like so many people who have had to deal with a separation or divorce, she doesn’t know what she wants or how to re-engage herself with the single world. In this respect, Jennifer becomes a parental figure, comforting her own mother when she is broken hearted. It’s a good learning lesson for Jennifer, who’s about to embark on her first romantic adventure (with cutie pie Michael LeClair). 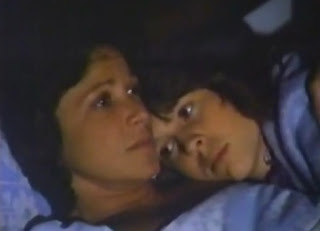 Like Mom, Like Me was adapted from the novel by Sheila Schwartz, who based the book on her own relationship with her daughter Nancy Lynn Schwartz. Nancy, who’d only had one produced film under her belt at the time, wrote the teleplay. She was diagnosed with a brain tumor soon after, and it quickly took a turn for the worse. Sadly, she passed away three weeks before Like Mom, Like Me aired (her third and last movie, Charleston, aired a year later). Knowing this only made the film more poignant and bittersweetly innocent.

Like Mom, Like Me will no longer break new ground, but I would imagine that back in its day it spoke to far too many people. Despite the fact that each woman is going through their own romantic trials, the bond between the two becomes the one saving grace of their lives, and it sensitively portrays a new kind of family that still relies on good old fashion love. 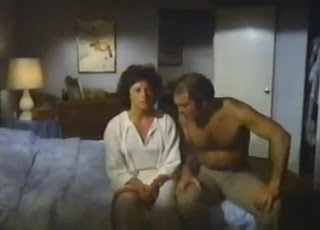 Amanda, I love your work. You r a great writer.

Awwww, thanks Ryhan. Much appreciated! Thanks for reading!