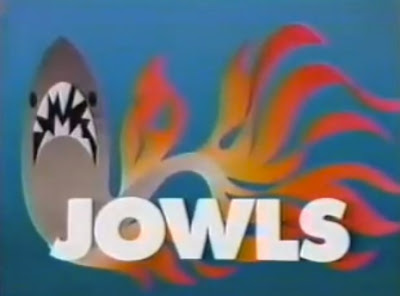 I was practically brought up on Jaws. For whatever reason, I had a deep love of sharks as a child well before I saw the movie (although presumably I could have seen an ad for the film and that triggered something). Everything shark related both fascinated and terrified my little brain. I finally saw Jaws for the first time on November 4th, 1979 on the ABC Sunday Night Movie. It was perhaps the most wonderful experience of my young life... and probably the most harrowing as well. 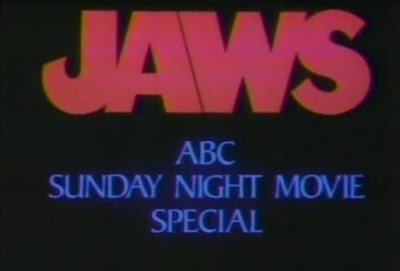 At this stage, I was  an avid swimmer and Jaws put a damper on my love of the deep end of the pool. However, aside from some white-knuckled terror, I was not totally deterred. Strangely enough, it was the bathtub I was most fearful of.

Yes, you read that right. 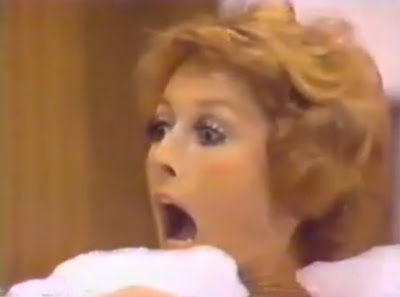 I just knew some kind of man-eating fish was waiting at the other end of the plug. This silly fear goes all the way back to an episode of The Carol Burnett Show that aired on November 15th, 1975. Jowls was a fantastic spoof of Jaws, featuring Harvey Korman doing a pretty damn good Quint impression. The sketch was preposterous and upon a rewatch this past weekend, I can say it’s not scary at all. But that bubble bath woman at the beginning sure had some kind of deep impact on me! And even now, watching the part where Tim Conway goes under the tub elicited a tiny shriek. I know, if blogs can’t be held for these kinds of confessional moments, what good are they?

Someone uploaded Jowls onto YouTube. If you love Jaws, this should give you a few belly laughs.

Email ThisBlogThis!Share to TwitterShare to FacebookShare to Pinterest
Labels: adorable but not scary, comedy, randomness

That was the same way I saw Jaws for the first time! My parents wouldn't let me see it in the theaters, I was only 7 at the time and they thought it would be too scary. Since we lived on an island, I suppose it wasn't an unreasonable position.

I just watched the Jowls sketch on YouTube and it was hilarious! I can't believe I don't remember this one, as my parents and I were faithful viewers of Carol Burnett every week.

Man, that skit just brought me back to being a kid at my grandparents place. They killed that show every night. When I was 6 I thought Tim Conway was the funniest man alive.

JSusskind: OMG! Living on an island and watching Jaws would have ended me for sure! Or made my shark obsession insanely worse.

One or the other.

Pam: We were big Carol Burnett fans at our house too. This particular sketch is just embedded in my brain! At least now I can laugh at it!

Thanks all for stopping by and commenting!

Loved it. "Her lucky ham" - hilarious stuff! Would love TV Land to be airing this show daily!

And I loved the ABC JAWS ad! That announcer's voice brings back memories!

And of course, that announcer, Ernie Anderson, used to work with Tim Conway in local television in Cleveland.