Five Reasons You Should be Watching General Hospital 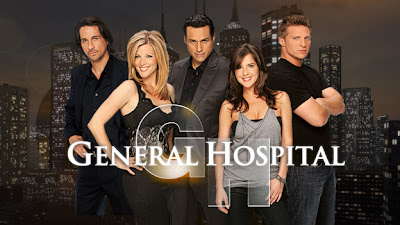 As some of you may know, I was a big One Life to Live fan, but my fandom was cut short when the suits at ABC cancelled my story. I migrated over to General Hospital because it was announced that some of the OLTL crew was heading to Port Charles. I used to watch GH back in the 80s and a little into the 90s, so I was excited to see who had survived and what was left of the actors from their heyday. I’ll be honest, I thought this current mobster ridden version of GH was a mess. When I started watching it earlier this year, the series was dealing with the Woman in White and some guy with a fedora. The pacing and dialog was hackneyed. I know it’s hard getting into a show like GH when it’s been on for years and has a ton of history, but I’m not going to lie - It was bad.

Fast-forward 10 months: Now I am knee deep in romance and suspense and could not be happier with the show. It recently moved to a new time slot, inviting much speculation about its future. Actually, there’s been a lot of gossip going ‘round about the future of daytime dramas in general. It looks dim guys, but let me tell you that there is still plenty of great entertainment to be had. And here are five reasons why you should check out GH: 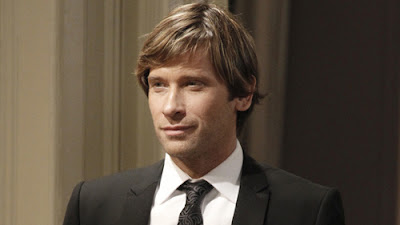 The One Life to Live Characters are awesome!

OK, I’m biased on this one, and it’s actually my number one reason to tune in. However, I am not deaf to the negative reaction the migration has caused among some die-hard GH viewers. In some ways I get it, maybe I’d have my own nose out of joint if the same thing had been done to OLTL. But in the end, I think this addition only makes the show more fun, and it gives us fans a nod that we have not been forgotten. That said, the three main recurring characters from OLTL: Starr, McBain and the delicious Todd Manning have been wonderful additions to Port Chuck. There’s been a backlash regarding McBain cheating on Natalie, but Soaps in Depth recently featured an article on yo-yo relationships and highlighted the couple’s tumultuous history. I think sometimes we want to remember certain couples as perfect - and don’t get me wrong, when Vicki and Clint separated, I was devastated, but soap life goes on. I grew to love every single one of Vicki’s husbands (Sloane, I still miss you). I do like McBain and Sam together and I think it will be nice to watch a new relationship blossom.

That said, Todd is the real standout on the show. Roger Howarth has some insanely wonderful comic timing, and I’m glued to my seat every time he's is on screen. Even though I’m not a huge Carly nut, I have to admit that they make an interesting potential couple. I’ll be tuning in tomorrow for sure! 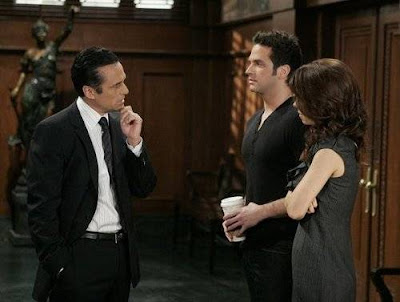 The mobster stuff isn’t as overwhelming as it used to be!

I heard through the sudsy grapevine that GH survived the ax because the ex President of ABC Daytime, Brian Frons had a serious hard-on for mobsters. But GH was never The Sopranos. It has some great hunky bad guys, but a mob war turned some people away. Many of those gangsters remain amongst the locals, but they are more focused on other issues. I’m not quite sure how you rid Port Charles of the mob clans, because characters like Sonny and Johnny remain extremely popular (while also being just as unpopular). Steve Burton who has played Jason Quatermaine/Morgan recently left the show after spending over 20 years as that guy with the anime hair and a black tee shirt. I know he was a very popular character, but this will probably level the mobster stuff a bit more. I think they’ve done well to give Johnny a guilty conscience and in the end this will diffuse a lot of the gunplay. If I could have suggested one thing regarding these changes it would have been to focus on the Quatermaines. And they did! Monica and Tracy are awesome and beloved characters who have been enjoying some well deserved screen time.

On a side note, I was extremely sad to read of John Ingle’s passing. Ingle had played the loveable curmudgeon Edward Quartermaine since 1993. The show wrote in the death of his character and featured a voice over from the late actor, as well as one from Anna Lee, the actress who played his wife Lila. Lee died in 2004, so it was pretty amazing how they worked her into the episode. Kleenex, please! 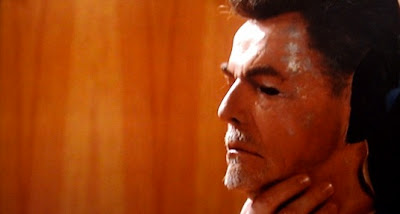 The stories are insane and insanely gripping!

It might be impossible for me to actually tell you everything that’s been going on since February because sooooo much has happened. From Robin’s fake death to Anna and Luke sharing some bed time, to the whole Kate/Connie story to Patrick’s drug abuse to learning the surprising truth about Lisa Niles’ death to Jerry Jacks poisoning the town’s water supply, to the awesome latex Duke mask to the sweet and romantic Ellie/Spinelli/Maxie triangle, most of the stories have kept my head appropriately spinning at the end of every episode. The stories are fantastic and rolled out at lightening speed. The way the Jerry Jacks story unfolded was a work of complete daytime artistry. I don’t have clever words to describe the tremendous leaps and bounds the show has grown, so I'll just say it is fantastic. 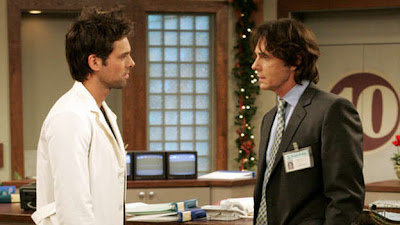 The acting is great!

OK, I know. Soaps are famous for running the continuum of great to horrible acting. Even actors who normally knock it out of the park have bad days, especially now with the new one-take policy that seems so popular on these daytime shows. So I just want to focus on one actor in particular who has done an incredible job with his storyline. Jason Thompson plays Patrick Drake and recently he lost his wife (who isn’t really dead) and then became addicted to drugs (which he beat fairly easily) and has now become a crush for a sweet new character. Since I just stepped into Port Charles only earlier this year, I found that Patrick's story was the one that instantly captivated me. Perhaps some of that is due to the fact that I’m still quite familiar with Robin Scorpio, who was his wife, but I think most of it boils down to Thompson’s performance. Also worth noting is that he plays Noah Drake’s son. Noah was played by Rick Springfield and I do admit, I see a nice resemblance between the two. I love the Drake history on the show and I’m pleased they are rolling out Patrick’s story slowly, so we can feel the process of grief and recovery along with him. That’s what daytime is all about really. If it can’t get to the heart of our deepest emotions (good and bad), then it’s a failed experiment, but Thompson makes the whole thing a success.

And as a sidenote: Todd is hilarious! Wait, I think I already said that. He's also adorable, in case you were wondering.

And they aren’t the only ones heaping praise on the once beleaguered sudser (I loved writing that sentence). The Hufington Post and even Hollywood Reporter have written some very encouraging things about the series, and it continues to rise in the ratings. 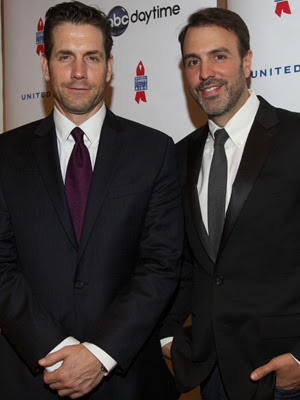 I would be fooling myself if I thought the soap genre had an infinite lifespan. These are dark days. Soaps are expensive and don’t garner the huge numbers they used to. However, that does not mean that we have to go gently into that good night. Indeed, we should be kicking and screaming the entire way. There are still a few million passionate fans out there and this has been an interesting time to have something called the interwebs. I’ve been watching some wild dissension among fans, mostly because we are in a panic. Sometimes the knee jerk reactions from fans are even more dramatic than the soaps themselves! However, aside from those dark bits of negativity, which the net is unfortunately prone to, the internet is also a great way to have your voice heard. I have actually emailed everyone from network execs to advertisers in an effort to let them know how important the genre is to me. If you like soaps, you should take a shot on one of the four remaining shows. We have hit a high with stories, acting and pacing. This is a great time to rediscover love in the afternoon!

Update: And as luck would have it, One Life to Live and All My Children may, like so many characters from their shows, rise from the dead. Check out this breaking news article about the shows going online here!
Posted by Amanda By Night at 10:00 PM