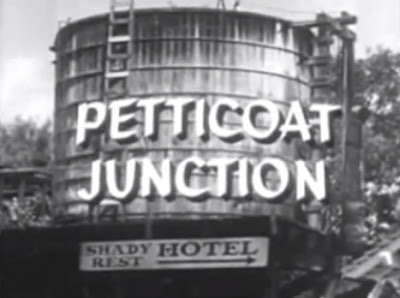 Now that I’m finally on vacation, I have not been able to find a better way to unwind than with episodes of Petticoat Junction. When I was but a wee Amanda By Night I watched the Beverly Hillbillies and was a fairly voracious Green Acres fan, but I had never bothered to sit a spell at the Shady Rest. I am not sure why, but I don’t recall this show rerunning in my neck of the woods. Such a shame too, because I think growing up with the Bradley girls in charge of fashion would have helped me greatly. As it stands, I remain a victim to acid washed jeans and am a newfound fan of Petticoat Junction.

Life at the Junction was syrupy sweet and innocent and made for a nice antidote to the tumultuous 60s with its bright and hopeful stories. Heck, it’s still an antidote. Give me Uncle Joe over Dexter any day (I know, I’ll catch hell for that, but I gotta follow my heart). 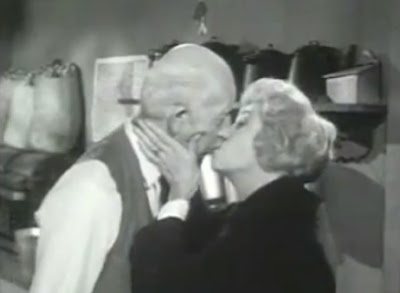 I can’t imagine a better way to celebrate the holidays than with a Christmas episode of my new favorite show, and I made it so. A Cannonball Christmas is from the first season of the series, airing, appropriately enough, on December 24th of 1963. I have only been watching the color episodes from 1965 on and was not familiar with the actresses playing Bobby Joe and Billie Joe. They really don’t have a big part in this episode, so I'm kinda still unfamiliar with them. The main focus falls on the engineer and conductor of the local steam train affectionately called the Cannonball as they go up against a big city Scrooge set on making a name for himself by ruining the little train that could. 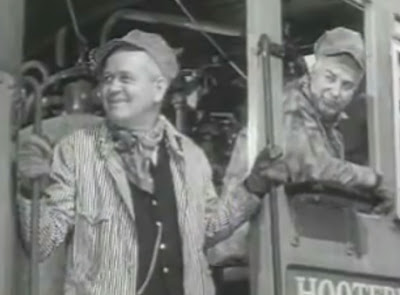 Things are always hopping at the Shady Rest when the holidays hit. This year is no different as Kate (Bea Benaderet) and her girls (Jeannine Riley, Pat Woodell and Linda Kaye) are hustling and bustling in an attempt to get the Cannonball decorated in time to sing carols from their beloved train. However, Homer Bedloe (Charles Lane) is set on ruining the holidays for all of Hooterville. To reinstate himself as VP of C&FW Railroad, he’s going to prove how inept the Cannonball crew is. The Bradleys band together in an attempt to save the day but are ultimately rescued by a Santa Claus whose one gift is to stop Bedloe in his tracks. 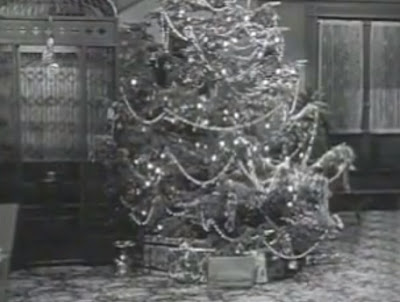 Despite the fact that I have never seen any of the black and white episodes of Petticoat Junction, I have to say this was surprisingly consistent with the later ones. Sam Drucker (Frank Cady) is (not so) secretly in love with Kate, the girls are knockouts who will only use their feminine wiles in the most innocuous ways possible, and Uncle Joe is moving kind of slow. In short, I loved it. Although I do miss the hunky Steve Elliot (Mike Minor) giving guff to his tomboy-turned-Stepford-wife Betty Joe. But I guess that’s for another blog post! 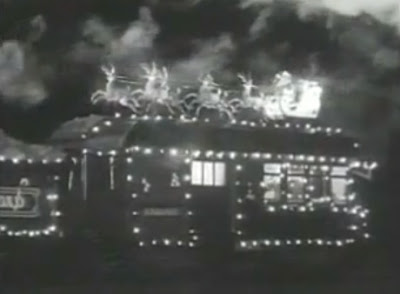 According to my handy Tis the Season guide, this episode was remade in 1968! I might get my Mike Minor Christmas cheer after all! Rawr!

Terror on the 40th Floor
A Mouse, A Mystery and Me
The Gathering (written by guest blogger Joanna Wilson)
Ebbie
Nestor, The Long Eared Christmas Donkey