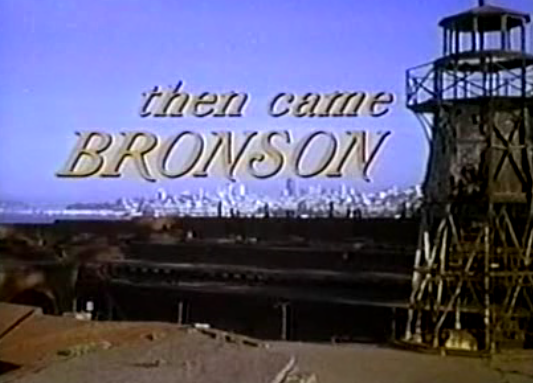 Like the character Jim Bronson, Then Came Bronson's creator, Denne Bart Petitclerc was a newspaperman, and someone who enjoyed observing people. And also like the enigmatic Bronson, Petitclerc was a bit of nomad (although he had a full family in tow), and dropped journalism to work in film. Bronson became Petitclerc’s way of expressing how youthful late 60s America was in a desperate search for itself, and for many the character spoke to young people in ways no other series had (one commenter on IMDb said that the show symbolized what it was like to be free). 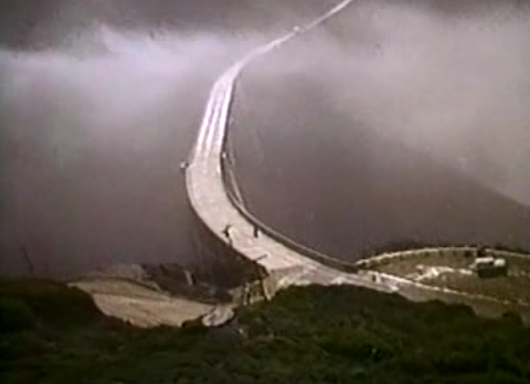 NBC, along with the other two networks, were quickly becoming aware of a new demographic. The audience to attract came between the ages of 10 – 31, and the networks were trying out a variety of shows, including The Mod Squad and The New People in the hopes they could create hip programming that spoke to a generation in the middle of a war, the hippie movement and other late 60s issues that were particularly youth orientated. 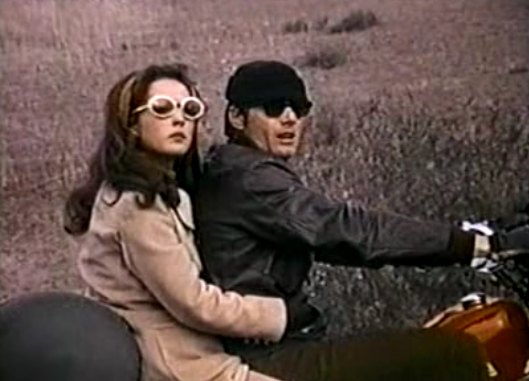 And, not only was this type of with-it prime time scheduling something new, the TV movie pilot was also a fairly novel phenomena (1966’s Fame is the Name of the Game was the first pilot TVM, spawning The Name of the Game in 1968) and, indeed, tele-films in general were still a fairly revolutionary device. Bronson, which originally aired on March 24th, 1969, was unique in other ways too - it was quiet and almost plot-less, featuring a handsome Michael Parks as Bronson, a man ripped apart by his friend's suicide (Martin Sheen in an early role). Bronson realizes that living in a 9-to-5-monkey-suit-world is not for him, and he hits the road with the mysterious young woman who refuses to give her name (Bonnie Bedelia in an intriguing early role). Starting in San Francisco, there are lots of overhead shots of winding roads and roaring oceans. The couple was at home sleeping in the wild and although Bronson had a general destination (New Orleans), the trip seemed to be about getting lost in nowhere and enjoying the ride. At points the TVM even takes on a documentary vibe. 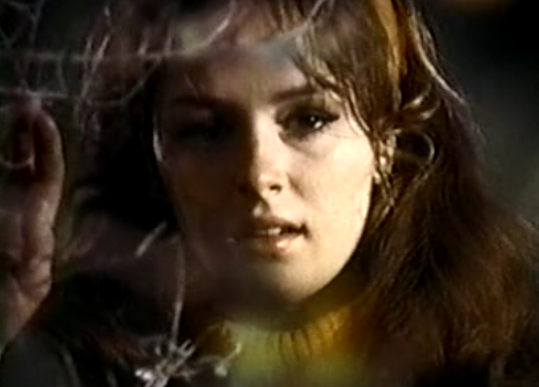 Then Came Bronson was hard to categorize in a pithy synopsis, but critics and audiences loved it, as it marked a departure from the regular programming. To give it a bite-sized promotion, some called it Route 66 for a new generation. Parks, who was already a well-established character actor, also provided some music for the series as well (he was a recording artist, and also did a bit of singing in the 1977 TVM Escape from Bogen County). 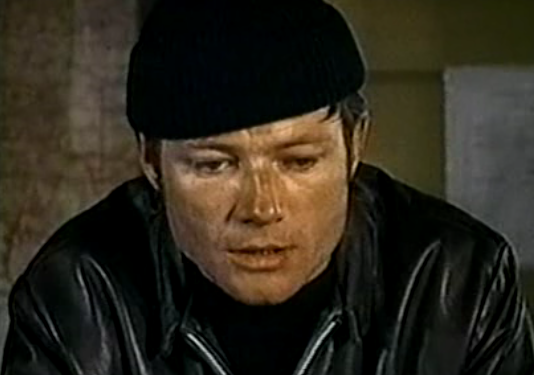 Because the pilot TVM was so well received, NBC dug deep into their pockets with high hopes for the series. They ran an encore performance of the pilot on August 2nd, to remind audiences what they fell in love with earlier that year. Producer Robert Justman (who had previously worked on the more overtly symbol-ridden Star Trek) said that despite the gorgeous camera work, the goal of the series did not have much to do with technical prowess, and commented that it didn’t matter if the sound was off or something didn’t work out. Bronson was about life, and that’s what they were trying to capture. Unfortunately, Bronson could not sustain its audience and was cancelled after one season. Ironically, part of the problem was that the audience they wanted to attract were actually living outdoors, some much like Bronson, and not watching much television. It was considered a disaster for NBC because of the expense of the gorgeous cinematography and on-location shoots. But many still recall the series fondly, and the pilot movie has aged amazingly well (I have yet to see the series). It's definitely worth a watch or re-watch. 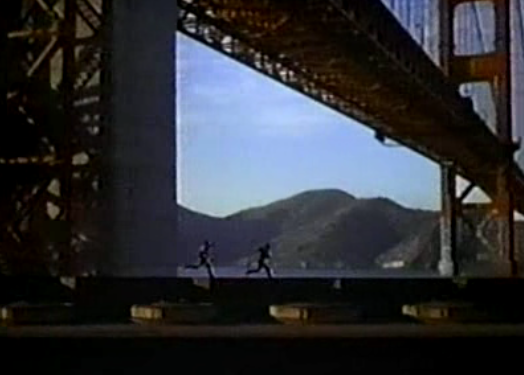 NBC put together this stunning promo for the TVM:

It is also interesting to note that eh original movie had a number of nude scenes with Ms. Bedelia.
Obviously 1969 American television was not ready for nudity, so I wonder if these were shot for a foreign theatrical release.

You hit the nail on the head & showed one of the big problems TV had in playing to the "young and modern" audience. Those kids did not stay home at night and watch television. This is the problem current TV execs have with pushing for the "younger demographic" today. Those people don't watch your shows and you are alienating the ones who do.

I mainly remember this for what seemed near-constant references on MST3K. It was always this or T.H.E. Cat with Robert Loggia.

You're thinking of "The New People" - "The Tomorrow People" was a British SF show in the 1970s (redone twice since).