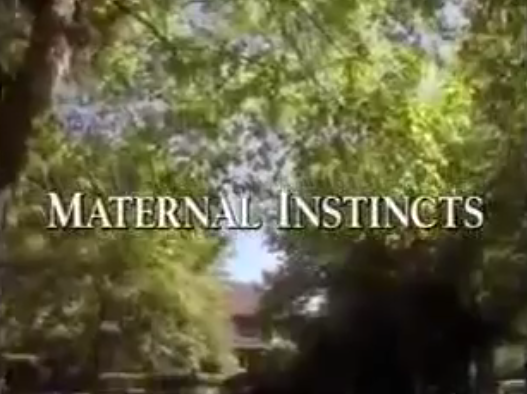 
Maternal Instincts is notable for a couple of reasons. For one, Delta Burke (who also served as Executive Producer) goes for the gold in a fun bad girl turn. But, even cooler, if we can go back to January 17th, 1996 for a minute (or forever… I remember liking it there), Maternal Instincts marks the second night in a row that a new Delta Burke TVM premiered. The first film, A Promise to Carolyn, was a somber CBS production based on a true crime case about two sisters seeking justice for their other sister’s death (at the hands of a wicked stepmother, no less!). For Maternal Instincts, Burke takes a 180 and can be seen moving from abused stepdaughter to a desperate wannabe babymaker whose infertility sparks an interesting but flawed stalking thriller. 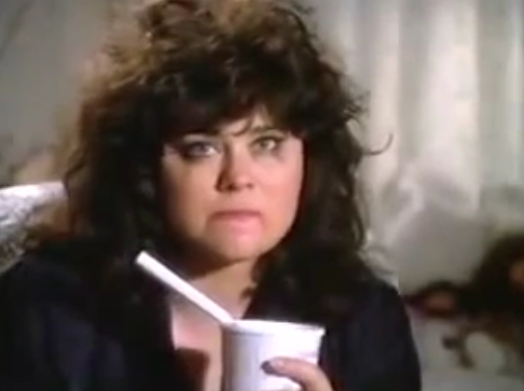 Burke is Tracy Horton, a barely contented housewife who is married to a not horrible but somewhat controlling husband. She spends her days working as a volunteer in the maternity ward of the local hospital, and seeking medical aid in getting pregnant. Her doctor, the serious but caring Dr. Eva Warden (Beth Broderick from Are You Lonesome Tonight) performs a typical procedure to help Tracy, but along the way discovers the patient has ovarian cancer. Tracy’s husband, Stan (Tom Mason) gives Dr. Warden consent to perform a hysterectomy, hoping it will save Tracy’s life. Unfortunately, Tracy goes from hysterectomy to hysteria, and once she finds out she’s been denied a chance to have a baby, her family, friends and the good doctor become targets of vengeance. 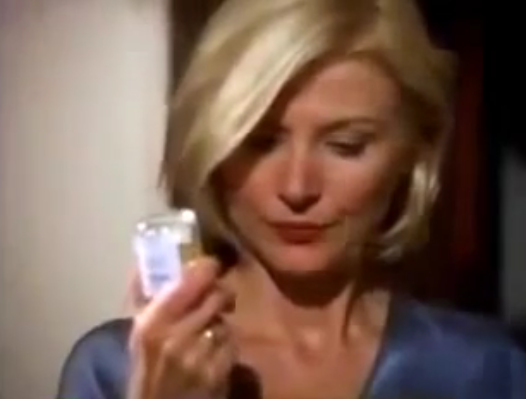 After "accidentally" murdering Stan things go from bad to worse when Tracy finds out Eva is pregnant (Random TV trivia note: Mason was knocked off again just two months later by Jaclyn Smith in My Very Best Friend… this guy had no luck in 1996). The bulk of the film revolves around Tracy’s crazy antics as she anonymously terrorizes the doctor. From filling Eva’s syringes with cooking oil (!) to falsifying her patients’ records, Tracy is set on ruining Eva’s life. But the desired outcome is fuzzy: Does she want Eva to miscarry or does she want the baby for herself? I guess when you are this crazy you don’t really know what you want anyway (at least that’s my pat response to my own question!), but a little guidance on her ultimate motivation would have been nice. 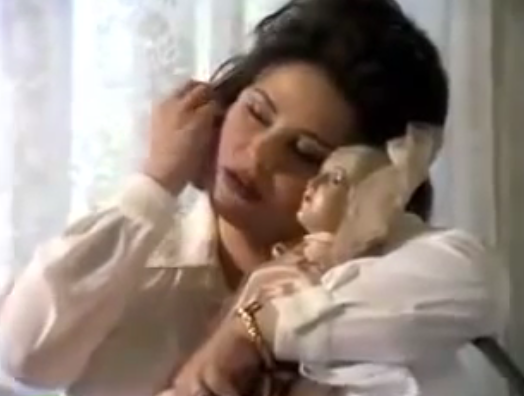 Maternal Instincts was met with mixed reviews when it originally aired. Honestly, it is indeed an inconsistent telefilm that has been made a little better over time, thanks to numerous reruns on Lifetime that have allowed audiences a chance to review Burke’s spirited un-Suzanne-Sugarbaker-like performance (although, if Suzanne had been cheated out of beauty pageant title, it’s not so hard to imagine a similar response). 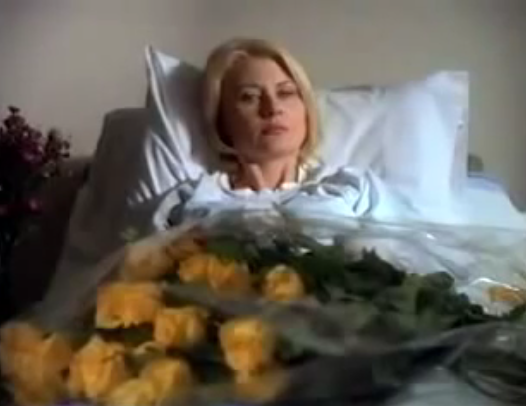 Burke knew she was stepping out of the audience’s comfort zone, and in an interview to promote Maternal Instincts she said, “[W]hen I had this chance to play this fascinating character, of course I had to say yes… We tend to think that a maternal instinct is impelled by love. But here we have a woman whose obsessive need for a child has somehow distorted those instincts and turned her into a hate-filled human being.” 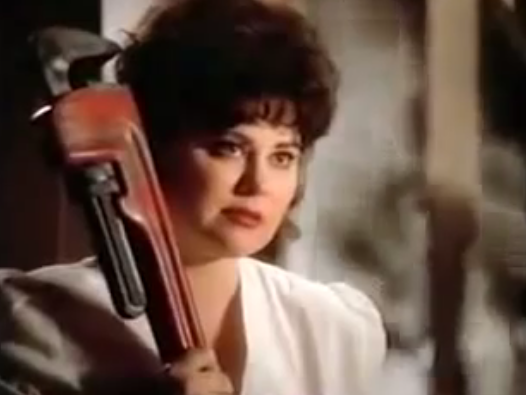 The actress dives in headfirst and keeps the whole project afloat; and, lets face it, it looks like Burke is having the time of her life slinging wrenches, pushing shopping carts into pregnant women and running down good looking architects. However, while I do enjoy watching Burke go bonkers, there is still a much better film somewhere inside of this just waiting to be born (ha! I got a million of 'em).
Posted by Amanda By Night at 9:15 AM