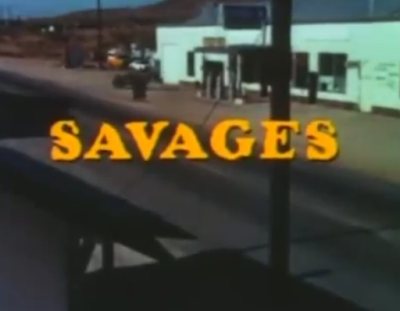 As I’ve written before, Andy Griffith was a badass. He was, without a doubt, one of the most powerful presences of the golden age of the telefilm (and beyond, check out Gramps if you need further proof). Like so many television actors from this era, he used the TV movie format to shed his good guy image and brought in several dark performances along the way. And while I have some personal favorite picks (Winter Kill just might be at the top of my list), it would be hard to deny the pure menace he exudes in Savages, a small and suspenseful desert lensed thriller that positions Griffith as a sociopathic lawyer turned hopeful game hunter, who decides that man just might be the most interesting trophy, indeed. 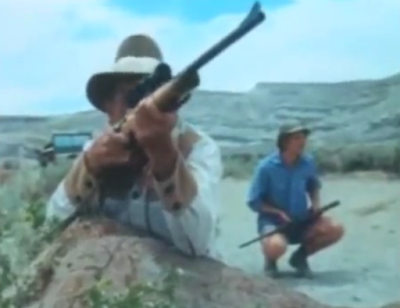 Based on the award winning 1972 young adult novel (!) Deathwatch by Robb White, Savages is about a man named Horton Madec (Griffith), a seemingly amiable attorney looking for a weekend in the wild with nothing but a guide and his guns to keep him company. After his original escort cancels, Madec hires Ben Campbell (Sam Bottoms), a young and handsome geology-student-and-man-of-the-desert and the two head towards parts unknown. Too eager to hit his prey, Madec accidentally kills the local loony miner and asks Ben to help him cover up the crime. But this is Ben’s friend… plus Ben has this thing called a conscience, so Madec has to take matters into his own hands and decides that two murders are just as good as one. 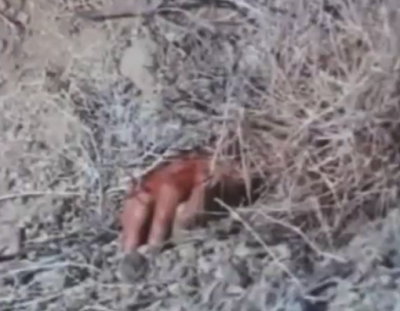 Forcing Ben to remove his shirt, shoes and socks, Madec abandons the student in the middle of nowhere and then follows him at a safe distance to make sure the sun and lack of water gets to Ben before he can get to the main highway. But Ben is a survivor and knows the desert, so it’s only a matter of time before the tables are turned. However, that spinning table turns yet again, and proof of Ben’s innocence may rest solely on a missing slingshot. Only in the movies, my friends. 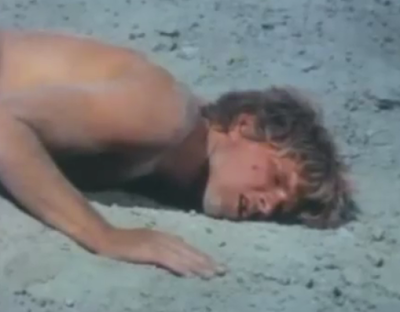 Shot in the Mojave Desert in 120-degree heat (105 in the shade!), Savages was a bit of a struggle to film. In an article that appeared in a few different papers, there is mention of how the Red Rock Canyon, which is a state park, forbid the building of roadways into the mountains, so the trek to get the equipment and talent to the right locations proved to be an arduous task. It was well worth the effort though, because the long shots of sandy nothing generates a tense atmosphere as we watch poor Ben journey through No Man’s Land. 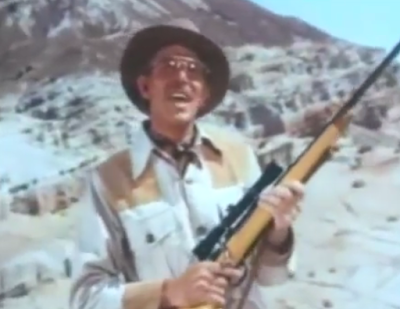 Griffith is at the top of his game here, sporting an evil mustache and a wicked smile. All of that Mayberry goodness is consumed by one of the most narcissistic characters the actor has ever played. And that’s saying something, if you’ve seen his “I’m a hippie with money” performance in Pray for the Wildcats. Bottoms is also quite good, if a bit restrained, and mostly holds his own against the formidable talent around him. 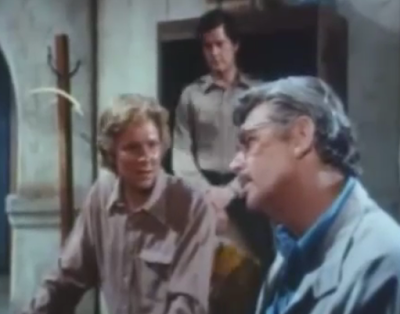 Although there are a few other supporting characters, Savages concentrates on the cat and mouse games, which takes up most of the film. There are a few truly nail-biting moments, so despite the somewhat absurd (and lucky for Ben) ending, it’s still worth a journey into the desert of Savages to catch this entertaining battle of the wills.

I haven't seen it yet, but Michael Douglas played Andy's part in a remake last year with the unfortunate title of BEYOND THE REACH. I've got a copy of White's novel, and SAVAGES is a pretty faithful rendering, except the ending.

Boy, hunter hunting humans was a popular story-line at one time.
I remember a Get Smart, and about three other films at this time.
I think Robert (Brady Bunch) Reed also stared in an adaptation of this story.

Thanks for this version.