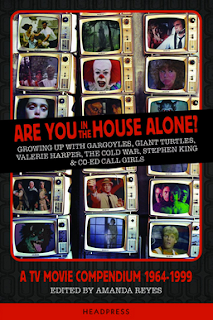 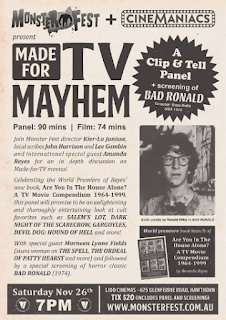 The book will be on sale at the festival and should be available through the publisher's website shortly thereafter. Then it will be widely available in April 2017. I really hope if you are in the area, you can make it. Would love to meet you and discuss all things small screen. Until then, G'day.
Posted by Amanda By Night at 9:22 AM