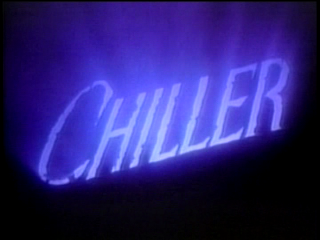 When you hear the name Wes Craven, there are several things you might think of. His theatrical horror filmmography ranges from visceral 70s grindhouse treats like Last House on the Left and The Hills Have Eyes to the 80s supernatural horror classic A Nightmare on Elm Street to the brilliiant post-modern 90s slasher Scream. It's not often you find people talking about his television work, but there was plenty of that too! Aside from his work on the 80s version of The Twilight Zone and then Nightmare Cafe in the 90s, Craven also helmed three entertaining made for television movies - Invitation to Hell, Summer of Fear (aka Stranger in Our House) and the pick of the litter, Chiller.

All three of these films lack the flair of Craven's theatrical releases, but while Invitation to Hell and Summer of Fear are fun popcorn thrillers, Chiller is the closest to Craven's signature big screen work. Definitely hampered by a lower budget, this film still displays a lot of depth and some wonderful acting, especially by Oscar winner Beatrice Straight. 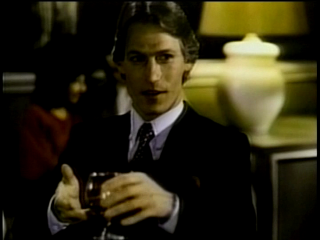 Straight plays a lonely widow named Marion Creighton who had her son Miles (Michael Beck) cryogenically frozen when he passed away. Since his death, she's adopted a child named Stacey (Jill Schoelen) and has continued to oversee the successful corporate business her son left behind. Due to an unfortunate accident, Miles has to be "defrosted" and is brought back to life. Marion is overjoyed with the return of her beloved son, but he's just not quite right. Besides the fact that he's constantly freezing, it seems that when Miles originally died, his soul departed and did not find its way back upon his earthly return, get it? Now, he's cold-blooded in so many ways other than just to the touch, and he gets the most pleasure from causing pain. Lots of pain.

Chiller raises many interesting questions about spirituality, the human spirit and how someone deals with being the one left behind. Is it perfect? No, but it lays the groundwork for many fascinating ideas and raises the questions we all have about the word life and what it means. And if you ain’t in the mood for thinking, Chiller is still a good horror film so you can expect Miles to have great fun torturing those he thinks are getting in his way! The Deadly Combo: Jill is terrified and lovely!

Michael Beck is perfectly cast as Miles, whose good looks and charm remain intact, making it hard for others to see the evil lurking just beneath the surface. My favorite Scream Queen (and yours too, I hope!), Jill Schoelen doesn't have much screen time, but she's adorable as Stacey and ends up playing a big part in finale. Also, Paul Sorvino comes along to shake things up as the priest who is willing to question Miles' motives. Still, I think this movie wouldn't be the same without Straight who is compelling as the grieving mother. It never seems cruel that she's had Miles cryogenically frozen, nor do her actions at the end come into question and it's an interesting battle between a mother's love and being the only person who can stop the ongoing horror, caused by her only child. I just adore that woman!

Chiller got one of those dollar bin DVD releases, which matches the dollar bin vhs release it had some years back. In fact, I'd be willing to say the vhs was of (slightly) better quality. What a shame it is that such an outstanding television film by a name director with famous actors should end up with the el cheapo option. I do hope one day this movie gets the awesome release it deserves. Summer of Fear recieved the royal treatment with a pristine transfer and a great commentary track with Craven and I can't imagine why that wouldn't/shouldn't happen with Chiller. I'm actually begging now, and that's never pretty, so help a girl out, K?
Posted by Amanda By Night at 10:45 PM

Email ThisBlogThis!Share to TwitterShare to FacebookShare to Pinterest
Labels: all star cast, made for tv, smart, the masters, thriller