Christmas in July is contagious! At some point a few months ago, Joanna Wilson from the awesome Christmas TV Companion blog and I talked about doing the guest blog thing (it's so 2010) and how could I resist? Joanna's got crazy keen eyes for detail, she's passionate about Christmas specials and she's a great writer too! And Santa came early this year as you'll see because Joanna brings a first to Made for TV Mayhem: Location photos! Check out what these places looked like then and how they look now. Too cool! Thanks Joanna for taking the time to do this! As for the rest of you, enjoy! And after you stop by her blog, check out her book also called The Christmas TV Companion (and then check back here later this weekend because I'll be posting a review of it!). 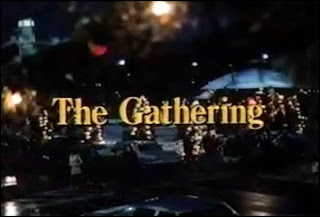 The 1977 TV movie The Gathering directed by Randal Kleiser casts a long shadow. Not only has this movie endeared itself to many of the viewers that saw it when it was originally broadcast but it contains a stellar cast. It won an Emmy for Outstanding Special--Drama or Comedy as well being nominated for four others. For me, it has a personal connection as I live not far from the locations where they shot the film. 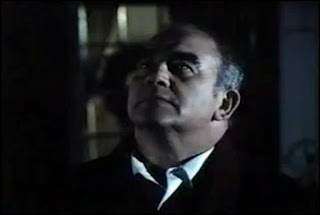 In this story, successful businessman Adam Thornton, played by Edward Asner, learns he has only months to live. In an effort to reconnect with the family he could previously never make time for, Adam organizes an unexpected Christmas reunion. Not wanting anyone’s pity, he doesn’t share his terminal condition or his motivations to redeem himself, although his wife Kate, played by Maureen Stapleton, from whom he is separated and his grown children can sense a change in him. Gathering together his family for the holiday at the last minute is its own struggle as is convincing them to spend it with the father they have mixed feelings for. But Adam needs to spend time with each of his family members to say what he needs to say before it is too late. The greatest reward is when his youngest son, Bud, played by Gregory Harrison, makes the journey from remote Canada. Adam now regrets throwing Bud out of his house over their conflicts about the Vietnam War. This Christmas film has the subtleties and complexity of emotion that some films overwrite or worse yet, force into their scripts. In addition to Asner, Stapleton and Harrison, this ensemble cast includes several other recognizable actors: Stephanie Zimbalist, Gail Strickland, Lawrence Pressman, Veronica Hamel and Bruce Davison among others. 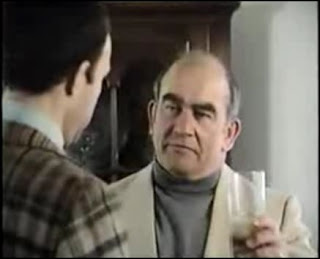 There are two memorable scenes. The first is when the men in the family ask Adam to recite his favorite Christmas poem just as he used to do every Christmas Eve. Introducing the Victorian poem as one written by the popular British author, Rudyard Kipling, he entertains the men drinking in the kitchen. What many viewers may not know is that this poem “Christmas in the Workhouse” is not by Kipling but more accurately by George R. Sims who wrote the dramatic monologue contained in his “Dagonet Ballads” in 1879. The second memorable scene is the one where Adam and his like-minded son Tom decide to set off an entire box of fireworks after midnight early Christmas morning. The two adults shout and cheer as the explosions, lights and whistles fill the darkness of still night that results in neighborhood dogs barking and neighbors complaining. But the scene underscores Adam’s attitude and commitment to spend his last Christmas literally and symbolically as loudly as he wants.

There is also a scene where Adam’s grandchildren awaken their grandfather who is sleeping on the couch on Christmas morning. It’s a small detail, however, some may recognize that the two children use a Yogi Bear plush toy to wake up their grandfather. This toy was most probably chosen because this film was executive produced by Joseph Barbera--the same man as the TV animation giant from Hanna-Barbera Productions. But a children’s movie this is not. 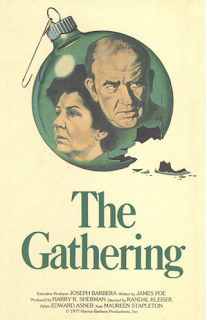 Though this film’s story takes place in a quaint, snowy New England village, it was actually shot in Northeast Ohio. The house they used for the Thornton home is located in Hudson Ohio on the campus of The Western Reserve Academy. The outdoor footage used in the opening scenes of the film when Adam is walking with his doctor discussing the outcome of his terminal diagnosis is located in Chagrin Falls, Ohio. Thornton/Asner stands on a bridge looking over the railing at the river below before he walks along to the edge and down a staircase which leads to a beautiful waterfall. This is a popular destination for couples as well as shoppers right in downtown Chagrin Falls.

This touching holiday film is one that many viewers have missed in previous years. However, I saw it broadcast last Christmas on the Gospel Music Channel, which is a good sign that we can expect to see it again in December 2010. 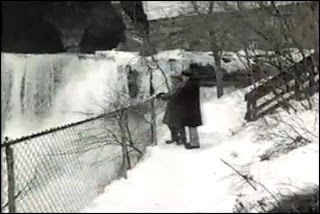 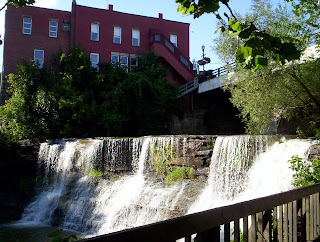 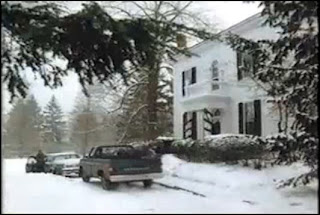 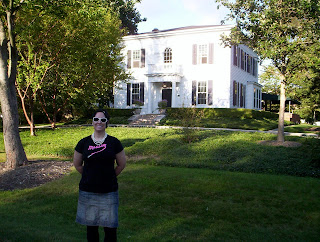 Hey everybody, that's Joanna! Cool sunglasses!
Posted by Amanda By Night at 6:37 PM

Great! Keep in mind that kate thorton knows of adams condition and is the one who comes up with the idea for the gathering of the thorntons.

My wife and cousin watch The Gathering every year. Great movie. As Tom so eloquently puts it "Joyeaux Noel'.

GREAT WONDERFUL STORY - THE GATHERING I JUST PURCHASED IT FINALLY AND ENJOYED IT HAD SEEN IT YEARS AGO ON TV AND COULD NEVER GET IT OUT OF MY MIND. TRYING TO FIND WORDS TO THE POEM THAT WERE USED IN THE FILM

can anyone tell me where i can purchase a copy of the "the gathering" many thanks.

I am a softy for Christmas movies.I have a tape for"Scrooge",as well as a tape with George C Scot playing Scrooge.But My favorite Christmas movie is "The Gathering".Perhaps it's because it is all about family
which is very importabt to me.

My husband and I watch this film every year. We are lucky enough to live in northeast Ohio and visit the house and chagrin falls ever few years.

Your post could have been written by our family in Georgia--Scott's Christmas Carol was last night, The Gathering tonight, Scrooge tomorrow! Really!!!

This is my favorite Christmas movie without question. I have a copy of it on video (VHS) but I wish I could find a copy on DVD. If anyone has a good clean copy on any format I would love to have a copy.

Go to Turner Classic Movies on-line. You can purchase the DVD of this movie there. You get this and The Gathering 2 together for one price.

I remember when this film was originally broadcast in 1977. I was in the 7th grade then but because my family and I were, and are, big Ed Asner fans from all the time we used to watch him on the MTM Show, we saw it mostly for that reason. Sadly, I did not see it again for many years afterwards - most TV stations don't show it sadly - but I also purchased it a few years ago and now it's become part of our Christmas tradition as watching A Christmas Carol is. I suppose its natural as we get older to idealize our childhood but watching now, it seems the world was a much more simpler - and perhaps better - place then.

I loved this film from the first time it was shown on TV. For years I could not find it on TV when I think it should be considered a Christmas Classic just like "White Christmas". My wife finally bought it on video and then dvd. We watch it every year and I cry every time Bud shows up. The cast is made up of great stars, many alive today in good roles. I love the scenery and many of the customs, like caroling through the town, I experience growing up in my hometown of Bethlehem, Pa. Needless to say, I cherish this film.

You can purchase this film from Amazon
http://www.amazon.com/Gathering-Remastered-Various/dp/B00DNR0DPO/ref=sr_1_2?s=movies-tv&ie=UTF8&qid=1427385335&sr=1-2&keywords=the+gathering

I grew up 20 minutes from the filming location of the Gathering and went to school with the boy who delivered the Christmas tree. This movie makes me homesick for Ohio and for the 70s. This is a far superior Christmas movie than the "schmaltzy" saccherine sweet productions on Lifetime channel today.

Great movie watch it every year. We were up in the Chagrin Falls last week. Beautiful little town.