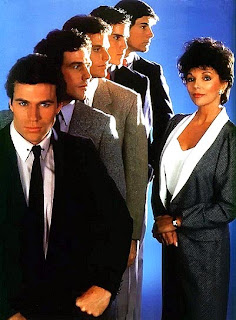 Some friends of mine who are the go-to-girls for all things Jon-Erik Hexum put together a ridiculously incredible tribute site called Tenafly Guy. I suggest you stop by and click on the Making of a Male Model page, where you'll see some quotes from a review I did! Thanks ladies!

In other news (well, not really news...), a couple of weeks ago I went to the Chiller Theater con in New Jersey and got to rub elbows with the likes of Linda Gray, Larry Hagman and Roy Thinnes (Norliss Tapes, Horror at 37,000 Feet)! Of course meeting Sue Ellen has probably been the greatest achievement of my life, and I have to say, she was completely wonderful! We had a very nice chat and I said a lot of stuff like, "I love you," and "I admire you," and she managed to make it an interesting conversation anyway! I did ask her about the makeup job for The Two Worlds of Jenny Logan and she told me they had to shoot her "old lady" scenes in one day and the makeup itself took four hours! Stan Winston was brought in to do this and Linda said they put the mold on her face and did that straw in the nostril trick and she got extremely claustrophobic! I was so pleased she gave me so much info about it.

I just watched the movie and am hoping to review it soon. By the way, The Two Worlds of Jennie Logan is on DVD, so go get it now! 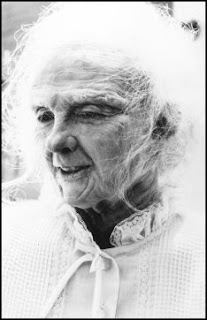 Fangirltastic posted some early stills from the Woman in Black remake, featuring Daniel Radcliffe looking all growed up! I'm actually pretty excited about this movie. According to the article, it's going to be fairly faithful and of course, it's produced by the revamped Hammer Studios! All of this spells rockin'! 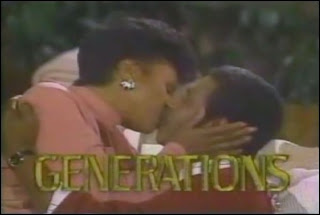 And just because it's on my mind, does anyone else here remeber the short lived NBC soap opera called Generations? It ran from 1989 - 1991 and featurned a predominantly African American cast. I aquired six random episodes at Chiller (yes, I bought a bootleg of a soap opera at a horror con... I'm complex, you know) and just adored the pilot. The first few minutes are set up to be some of the most over-the-top antics on daytime and then we see it's really just a soap within a soap! Clever, kiddos! I wonder why this show only lasted two years? It was pretty groundbreaking stuff, and actually probably would be today as well.
Posted by Amanda By Night at 9:19 PM

Thank you for the comments on Tenafly Guy. KC is doing a fine job running it and a bunch of us are helping her get it all together. So there's a lot going on! We all love your MM blog! :D

Ooh, you went to Chiller! That's one of the things I miss most about living "back East." Were Jerry and Doyle from the Misfits walking around in full makeup, as usual?

Proagatrix, The Misfits were there, but I'm not sure I saw them. There were some neat costumes. One girl was a jelly fish... it was odd and glowed!