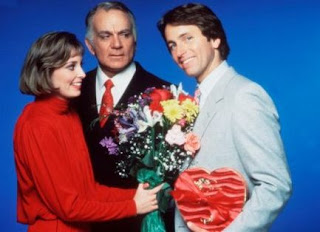 We are legion, guys! I finally hit the 100 Followers mark! For me it's a personal victory because although there are many, many other blogs who have, like, a gazillion followers, I'm so happy to find that the world of TV movie lovers has now reached three digits! I thank everyone who stops by and comments... Believe it or not, it means a lot.

I'm a little behind on the polls, but I want to report that The Night Stalker once again walked away with top honors! This time he won the coveted Favorite ABC Movie of the Week poll! YAY! Darren McGavin was a one of a kind and I'm glad to see how Kolchak has endured. I had hoped for Bad Ronald to walk away the winner, and he came close, losing by only two votes, but I am happy either way!

I decided that for the next month I'll do a poll on 70s small screen scream queens (say that five times fast!) and I got the ten I chose from an article I did on... you guessed it... Small Screen Scream Queens over at Fangirltastic! This site used to be Pretty Scary, and when they changed names they changed website forms, so the article looks a bit wonky, but you can see all the horror/thriller/mystery/suspense movies these ladies starred in. The list I made is based on the number of films each actress made and there are way more women in my article than these ten, so stop by and check it out!

Also, I have a new review up at Smash or Trash for a series called The Adventures of Louanna Lee. This episode is titled Lovin' Fool and is a fun bit of regional filmmaking.

And finally, you should all read the review of Duel that John Kenneth Muir did over at his blog.

Thanks again, to everyone who has stopped by and I hope you enjoy more TV goodness via moi in 2011! 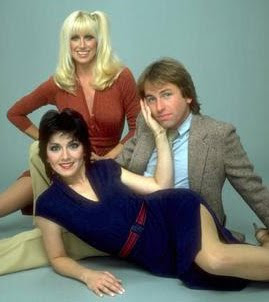 Congrats on your milestone, Amanda! I don't get a chance to comment here as much as I'd like but your blog is one of my favorites. And just so you know - my vote went to Night Stalker. Bad Ronald is great but Night Stalker is just too classic!

Whoo hoo! Congrats! I remember how excited I was, too, to attract my 100th follower. Well deserved!

Thanks so much guys. I'm so honored you both stop by and look at my stuff. Thank you so much!

And have a great holiday! :)

Oh and Jeff, I kind of knew Night Stalker would reign supreme... It's been forever since I've watched the movies or series, I need to fix that.

Congratulations on passing this milestone, and bringing attention to so much forgotten tube grooviness.

I'm stuck at just above a half-C-note of followers after a year in the game, so I hope I can catch up to you sometime soon.

Long live made for TV movies! 100 followers is quite a feat. Congratulations. And yay for Darren McGavin. Quite a rugged stud back in his Kolchack days I must say. :D

Stumbled upon your blog quite by accident! Am so glad I did, it's very cool and has brought back so many memories of trashy tv movies!!! Thanks!

Congrats. Yours is one I follow regularly. You should have a thousand followers--people don't know what they're missing!

Hey everybody, thanks so much for the wonderful comments. I appreciate each and every one!