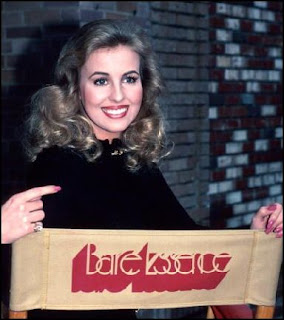 Network: CBS
Original Airdate: October 4th and 5th, 1982
Oh, 1982. It was an era where the women were women and the men were too! In Bare Essence you’ve got a heterosexual fashion stylist, a machismo laden gay photographer and an uber A-sexual heir to a fortune. What a great time for romance! Or maybe I meant confusing…

Genie Francis is Tyger Hayes and her B movie director dad has just bit the big one. Her absentee mom Bobbi Rowan (the fabulous Linda Evans) shows up at the funeral and basically rubs her ferocious glamour in poor (literally) Tyger’s perfectly round face. Bobbi invites no-frills Tyger to come visit her in New York and after some convoluted business regarding her father’s last film, Tyger grabs her best duffle bag and heads to the city that never sleeps. She meets Matt Phillips (the delish Joel Higgins), fashion stylist and all around sexy stud. She assumes he’s gay. I mean, he is a stylist and pretty freakin’ good at it, so it’s like two and two, you know? However, she soon realizes he’s straight and available and very interested and off to bed they go. While attempting to secure some kind of something regarding her father’s film, she is offered a job working under the less sexy but debonair Chase Marshall (hunkadelic Bruce Boxleitner), race car driver turned business magnate. Chase lost his father around the same time Tyger lost hers and now half of his family (most notably Lee Grant who is so bitch-perfect it’s impossible to take your eyes of her) is attempting to set him up for the fall of a lifetime. But he has Tyger as a secret weapon. As Matt transforms her into a lady of style, elegance and grace, her indefatigable gumption and spunk guide her through the treacherous and fabulous world of the perfume industry, making her a faboo force to reckon with. 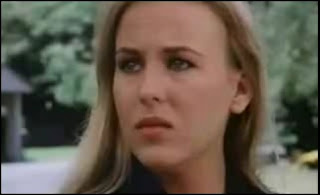 Bare Essence was an extremely popular miniseries that was intended to shoot Genie, i.e. Laura Spencer from General Hospital, into prime time stardom. It had all the trappings of love in the afternoon but with a budget that could have financed several daytime shows. It was the height of glamour and the pinnacle of melodrama and of course, I loved it! It’s interesting how so many successful soaps dance with the world of fashion but don’t focus on it. The shows which did (notably Models, Inc. and Paper Dolls) were big old flops. I wonder why that is? Anyway, there’s a little Vogue-ish glamour here, but it mostly works in the boardrooms and the bedrooms. Joel Higgens is particularly giggle worthy. Who knew the father from Silver Spoons was so dang hot? OK, I've always thought he was gorgeous! Between this and his yummy performance in First Affair, I must admit, it’s love. But he’s not Tyger’s only man. There’s this wimpy French guy who she kind of manipulates and of course Chase, but none of them come close to the sexual charisma of Higgins. He was wonderful in comedies, but I think he should have played more leading men parts in soapy romances. 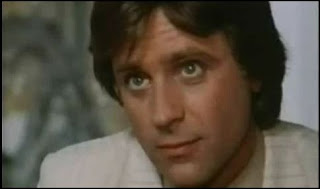 And another word about Lee Grant - As the greedy matriarch of the Marshall clan she is an unstoppable force. Lee only graces a few scenes of the mini-series, but probably deserved a movie of her own! It’s obvious she saw the over-the-top potential of her character and she takes it to the hilt! No Regrets Grant would be her war name.

Bare Essence is a really good mini-series. I had only intended to watch the first half when I started my viewing journey, but had to take it all the way when I got snared by the glamour! I really wish television would go back to these simple, fun and romantic dramas that globetrot the world while engaging the audience with its sexy fun.

The mini-series was popular enough that it spawned a short lived television series which aired the year after. Frakes, who plays the bad boy brother stayed on, I’m assuming partly because of Genie whom he married shortly after they met during the making of the mini-series. Bare Essence, the series didn’t captivate audiences the way the network had intended and it went by the wayside. I’d really love to see the show. I can only imagine what sexy goodness awaits me there. 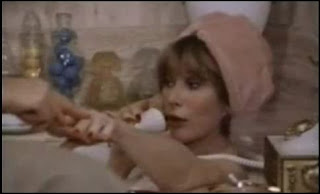 I remember this mini-series. It takes me back. I do wish they bring back these high glam soapy mini-series, they were the best. I always thought Joel Higgins was so cute, too.

What? No pictures of young Bruce Boxleitner? It's bad enough he's TRON and barely in the flicks. LOL. Great post, never saw this, but you just have some fun reads. It makes me feel like i have.

I always knew Joel Higgins was hot! Hubba to the bubba x 10!

Thanks everybody for stopping by. I am SO desperate to see more of these fun little romance movies. They make me giggly and I love being giggly!

Genie Francis is woefully miscast as the sexy driven Tyger. She may be great on daytime soap but here she is easily outclassed by the other performers. Physically she is all wrong too pudgy and plain; she is suppose to drive men to distraction and inspire jealously?