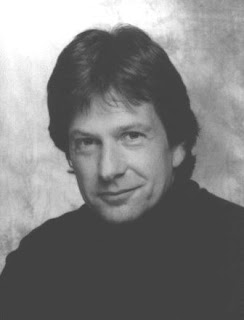 I was just surfing the net and came across Michael Brandon's great website. I decided to read his bio and saw this quote:

My first television movie; The Impatient Heart, written by Alvin Sargent, (Spiderman ll) and directed by John Badham, (Saturday Night Fever). TV movies really were movies made for television then. Quality writers, directors and actors were making films in twenty-eight days instead of the months or years a feature would normally take.

He also talks a little bit about A Vacation in Hell, working with Dario Argento and other tidbits. I have to admit, I had no idea he had been married to Lindsay Wagner or that he is now married to his Dempsey and Makepeace co-star! Anyway, he mentions dating Kim Novak, drops some great TV movie titles and overall, tells a really interesting story about his life.

I've always liked Michael, but my favorite role will always be his part in Vacation as the feckless but extremely likable machismo in suspenders! Hey, I just call 'em like I see 'em!