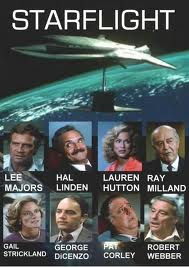 Since I missed adding Horror at 37,000 Feet in last month's Shat-tastic poll, I thought I'd find a way to squeeze it into the next one. Lo and behold, I thought, why not have a poll on TV movies that feature airplanes? I mean, what's better than cramming several familiar faces into a tiny area and letting them freak out on each other? Oh, the drama! There were just enough of these movies to make me feel smart, so I went with it. OK, so I bent the rules a bit with Columbo: Swan Song, but it's a fantastic episode starring Johnny Cash, where a plane figures prominently... and like I said, it stars Johnny Cash!

I am pretty sure Seven in Darkness is going to get my vote because it's not only one of the first made for TV movies I saw, my revisit of it recently proved it's just as good as my memory of it! But there are some excellent movies on this list and I hope everyone comments on why they chose the movie they did.

As for last month's poll, The Babysitter walked away with it! I should say, it left all the other titles in the dust. I thought for sure Pray for the Wildcats was going to give that sexy babysitting nymph a good run for her money, but it actually came in a far third, after The Tenth Level! Whodathunkit?

And finally, I am sorry I've been so MIA, and I probably will continue to be that way until finals are over, which is only about a week and a half away. I have one half written review waiting to be finished and I am hoping for at least one theme week over the summer. I'm counting the days guys!
Posted by Amanda By Night at 8:34 AM

Email ThisBlogThis!Share to TwitterShare to FacebookShare to Pinterest
Labels: poll

As much as I'd like to, I can't vote any of these. My favorites are And I Alone Survived, Blair Brown's spoiler-in-the-title survival flick, Flight to Holocaust, in which Paul Williams, Sid Caesar, and Desi Arnaz Jr. smack into an office building and dangle off the wall while Patrick Wayne climbs around outside, and Robert Urich's Final Descent, featuring Annette O'Toole and the guy who played Star Trek's "Q" fighting stuck elevators on a jumbo jet.

They're all tough to find, though.

Laffs: Final Descent was followed by Final Run, in which Urich must stop a runaway supertrain after the doofus engineer spills his soda into the master-control computer. I kid you not. And that's not even the silliest thing in the movie!