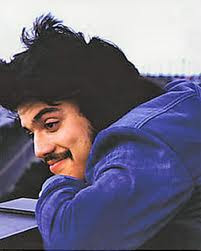 Freddie Prinze was a television staple for anyone who remembers the 70s. A young, vibrant comedian, Prinze stole many hearts as the lovable Chico in the hit sitcom Chico and the Man. By the time he was 19 years old, he was a bona fide superstar, but he burned too brightly and, sadly, burned out by the time he was 22 when he took his own life. Chico and the Man attempted to survive without him, but of course, no one could replace the undeniable charm and instant likability that Prinze held. I don’t remember when I came to know of Prinze’s death, but I think it happened a little after the fact, when the show was in syndication. I was still in my single digit years and I was fairly unaware of the circumstances. I think my parents just mentioned his death in passing while we were watching an episode. I recently picked up his bio, The Freddie Prinze Story which was written by his mother Maria Pruetzel. This biography skips over many of Prinze’s darker qualities and concentrates on his mother’s memory of her beautiful and fun-loving son who couldn’t take the bright lights of Hollywood. Prinze was apparently a tornado of charisma, stealing hearts well before he became a household name.

Pam Grier’s new biography, Foxy: My Life in Three Acts dedicates two short chapters to Prinze, whom she considers to be one of the great loves of her life. She tells a different, slightly darker story and she paints a fuller picture of what Freddie was like when his mother wasn’t around. He was fun and a bit controlling and in the end, Grier walked away from him because of drugs and because she wanted to focus on her career. 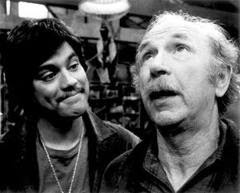 I remember watching the TV movie docudrama about his life, Can You Hear the Laughter and I may have actually seen the original airing. But I had not seen his only TV movie, Million Dollar Ripoff, nor had I seen much of his work on Carson or at the Dean Martin Roasts - he was always Chico to me. After reading Prinze’s bio, I felt like his life and work was worth re-discovering and I thought since his birthday would have been on June 22nd, I’d dedicate the week to him. So here we are at Freddie Prinze week, where I will look at Ripoff, Laughter and Chico and the Man. It’s astonishing to think about all the years that have passed since his untimely death in 1977, yet watching him now, he still remains a vivacious presence. I still laugh at his Hungarican jokes and I came across this rare clip taken from The Dinah Shore Show where it looks like Prinze was either the co-host or a guest-host on August 27th, 1976. You will see Cindy Williams and Geraldo Rivera along with Florence Henderson sitting on the couch as Prinze introduces comedian George Miller. The majority of the clip is of the comic, but check out Prinze who bookends it. He lights up the screen. And he will never be forgotten.

Thanks for giving Love to Freddie Prinze. I have memories of watching Chico and The Man. I loved Freddie and still do. He shined brightly and left too soon.

Hi Shell, thanks for checking out my Prinze tribute! I agree, he was gone way too soon. I am just glad he left behind what he did. I've really enjoyed writing about him.

Thanks so much for commenting!