The Phantom of Hollywood is on DVD! 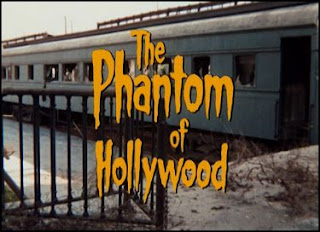 I know I've been MIA lately (thanks college!), but wild horses couldn't prevent me from letting you all know that The Phantom of Hollywood is now available on DVD thanks to Warner Archives! It's been quite a few years since I've seen this odd but fun little TVM, but I can tell you that Peter Haskell is adorable and the bad guy is cah-reepy! Much of the film takes place on a dilapidated back lot which was actually the famous MGM Lot 2 where several classic films were shot, including The Canterbury Ghost, starring Peter Lawford. By the way, he also appears in Phantom! Coinkydink? The lot was in the process of being demolished when someone decided to shoot a horror film amongst its remaining creepy bones, which practically serve as another character. That makes the Phantom a scarily awesome artifact!

The DVD just became available today, and the print looks dandy. So please support your TVM and pick up a copy. Tell 'em Amanda By Night sent ya! 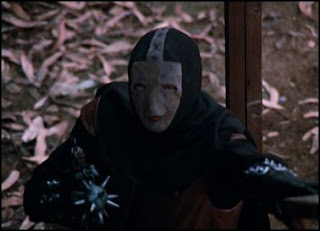 Thank you very much! I've been searching for this info for so long!I have some vague memories about this movie when I was a kid.I just remembered the phantom creepy eyes in an abandoned place.

Yes, the phantom has super creepy eyes. I've been wanting to rewatch this myself, so the release is indeed very good news!