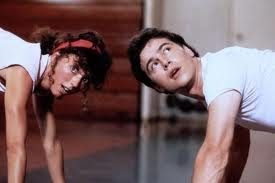 I've been thinking a lot about Wyatt and his family and I just wanted to extended my deepest sympathies to his family and friends. I am so sad he is gone.
Posted by Amanda By Night at 4:13 PM

Geez, that's terrible news. The last thing I saw him in was a brief, brief cameo in ST Next Generation, where he "died" in a holodeck simulation. And Porky's II was the first R-rated movie I managed to bluff my way into at the ripe old age of 13. (Hooray, growth spurt.)

Anyways, the main reason I stopped by was I thought you'd get a kick out of the latest month long marathon over at The Morgue:

Oh my, sorry for the delayed response... I was out of town...

Thanks so much for the link. It looks fab! I'm going to pop on over and really browse probably tonight or this weekend!

Thanks again!
Amanda By Night