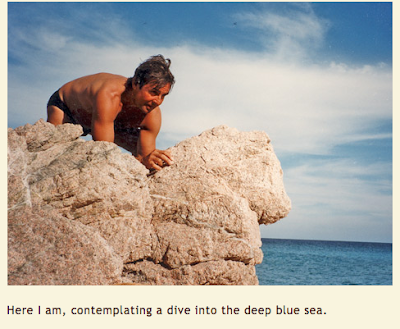 Davy Jones posted the above photo on his blog late last year and his caption "Here I am, contemplating a dive into the deep blue sea," has taken on new, and heartbreaking meaning for me as I write this little tribute to Davy, who tragically passed away yesterday.

I find I am beyond words at this point to really say how I feel about Davy's passing (and I'm sure there are other people saying the same things I would, but better) so I'd just like to post a couple of videos as a tribute.

The first is the music video for the single Heart and Soul which The Monkees released in 1987. I have always loved this song (and the album Pool It!), but had not seen the video until today. I find the theme, which is about transitions and moving forward to be utterly poignant:


And the second video features Davy on an episode of Sledgehammer titled Sledge, Rattle and Roll, which aired on January 15th, 1988 (and was directed by Bill Bixby!). I thought it would be fun to include this because the sense of humor which prevailed on The Monkees makes it a wonderful precursor to Sledgehammer's quirky sensibilities. This is the whole episode:

And if I can go ahead and quote Heart and Soul I'd like to say that Davy put his heart and soul where I can see them shine.

Thank you Davy for a lifetime of laughter, music and memories. 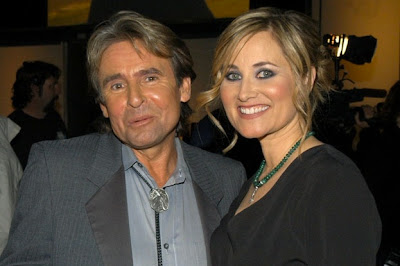 Sad and shocking. I still think of him, and the other Monkees, as young and crazy fun. Hard to think of them as old, much less dead!