TV Spot Twofer! When Michael Calls and The Screaming Woman

Holy cow, are we in for a heavy-duty flashback or what?

Remember when we didn’t have little portable phones with screens that indicated exactly who was calling us? We didn’t even have cordless phones or Star 69 back then either. In fact, we considered ourselves lucky if we didn’t have to rely on rotary dialing! I have to admit that I like texting so I’m not going to say those were the days exactly, but damn, those old telephones allowed for some great horror moments.

When a Stranger Calls, anyone? 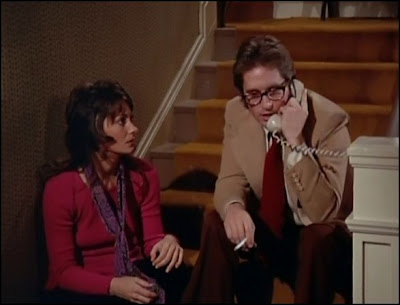 Anyway, the title of When Michael Calls basically gives away that phone part, and if it doesn’t, perhaps these awesome book covers will: 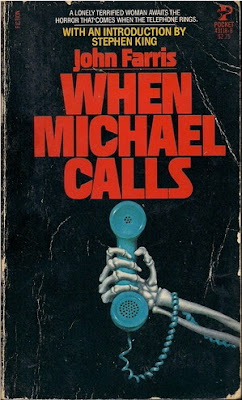 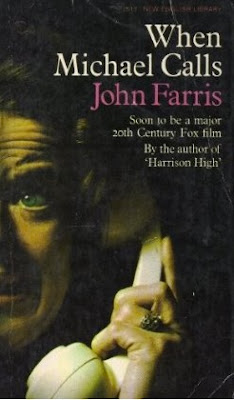 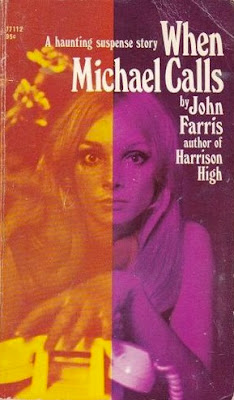 When Michael Calls was a made for TV movie based on the novel by John Farris (who would go on to write the novel The Fury was based on) and it aired on February 5th, 1972 as part of the ABC Movie of the Week collection. It featured a young Elizabeth Ashley sporting a nice shag cut, and Ben Gazzara and Michael Douglas also bring in the cute. The movie was fah-reeky, especially those morbid phone calls, which may or may not be coming from the grave. Zoinks. 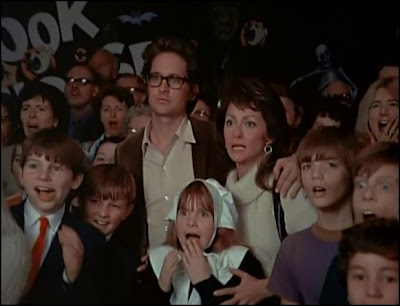 By the time Michael got around to haunting the airwaves, horror was already sweeping the small screen. Just a few weeks before it’s debut on ABC, The Night Stalker had already knocked the classic tele-films Brian’s Song and My Sweet Charlie out of the top spots for highest rated made for TV films. Yes sir, we loved being scared, and many films followed suit. Michael is probably one of the best remembered from that cavalcade of horror, schlock and other fineries. 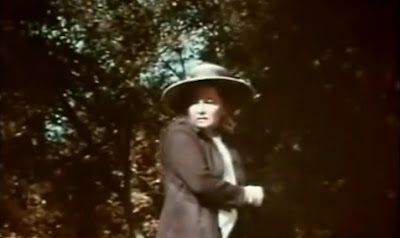 If Michael went for all out creepiness, The Screaming Woman epitomized a more graceful world of early 70s TV movies. Airing just a few days before Michael on January 29th (and also as a Movie of the Week), the story about an older woman, who may or may not be insane, was small and intimate. The film was brisk, coming in at a breakneck speed of 74 minutes, which was a defining feature of most tele-films of this era. But most importantly, it touted some serious actress cache. Olivia de Havilland made her TV movie debut in this fun little potboiler, and she adds a serious sense of class to the production. 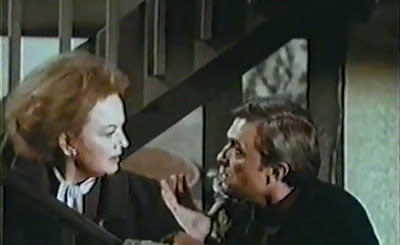 The two time Oscar winner enjoyed playing the protagonist in Woman and in an interview she said, “I’d never played a part exactly like her before. She’s a dowager, in the first place, and a woman of character.” The role called for Ms. de Havilland to gain 15 pounds which said she took off immediately after filming at a spa. Later, in another interview de Havilland would state that she was not interested in making many small screen films. She said, “I’m against TV movies as a substitute for real movies in general.” One of the reasons she took the part was to work with Walter Pidgeon and Joseph Cotton. Both men noted that television movies were becoming the home for older actors, and that they were having a hard time finding other work. In general, the small screen embraced the mature actors, and they certainly made earnest small screen fare seem a lot more inviting!

And yes, my friends, 1972 TV movie history was born! Check out these cool spots that TV Party uploaded. Tons and tons of small screen fun!

Based on the huge (and profoundly dirty) novel by screenwriter Ernest Lehman, the three-part mini changes the novel's proto-militia hijacker squad into a religious cult led by Telly Savalas, and naturally cleans up the X-rated stuff and violence (especially the book's horrifying climax) for TV.

It's supposed to be phenomenally awful, so naturally I can't wait to see it; I've only caught bits and pieces here and there. The titles (which I am told won an award) make it look like a cross between The Love Boat and Dynasty.

Hi Billy! Warner Archives has been releasing some amazing stuff. You've tempted me... I can't wait until I get out of school and get a job. I'm gonna go crazy on DVDs!