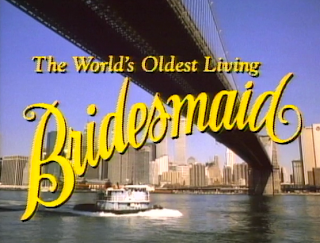 I laugh because Donna is 19 years older than Brian. A little license of fantasy taken there?

Really, Barbara? Mills is incredibly gorgeous -- a younger man would be lucky to have her, and he'd know it. (Especially in 1990)