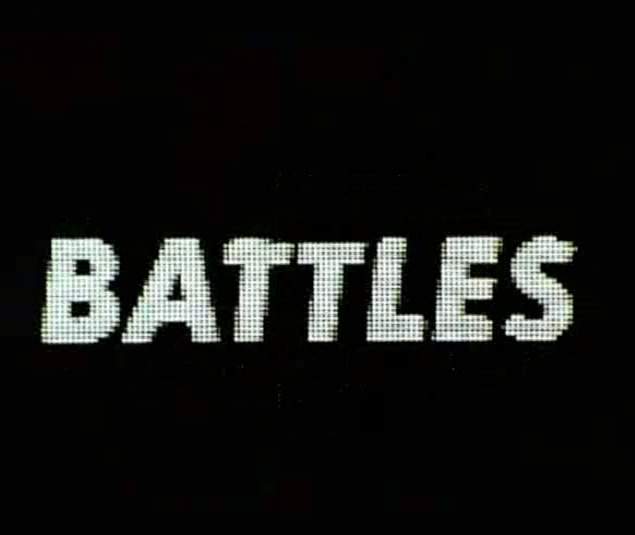 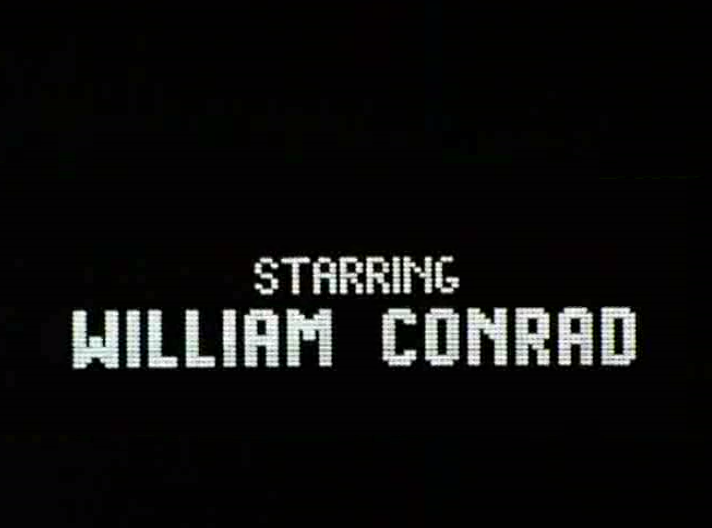 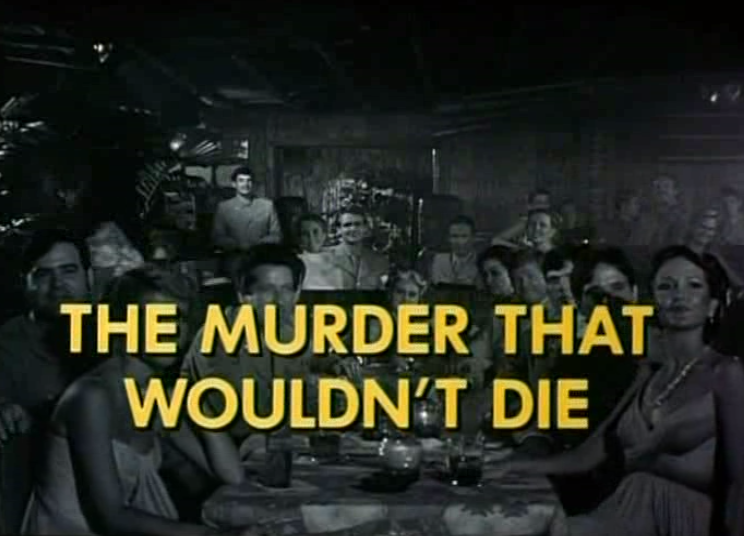 Those were the words swimming through my head as I watched the pilot TVM Battles: The Murder That Wouldn’t Die. After an energetic opening credits montage, Battles settles into a convoluted mystery surrounding an almost 40 year old rape case that left one of the accused dead and a lot of unanswered questions. William Battles (William Conrad, looking positively slender in comparison to his Cannon years) is an ex-Los Angeles detective who has moved to Hawaii to help out his ailing brother Allan (Edward Binns). Battles has taken a post as head of security at Hawaii State University and gets in some overtime as one of the university’s football team coaches (!). Unfortunately, he’s in town for a whole day before his brother is killed in a suspicious car accident. It would seem Allan reopened the 1940s rape case and got just a tad too close to the culprit. Now it’s up to brother Battles to follow in his sibling’s footsteps and solve the crime. 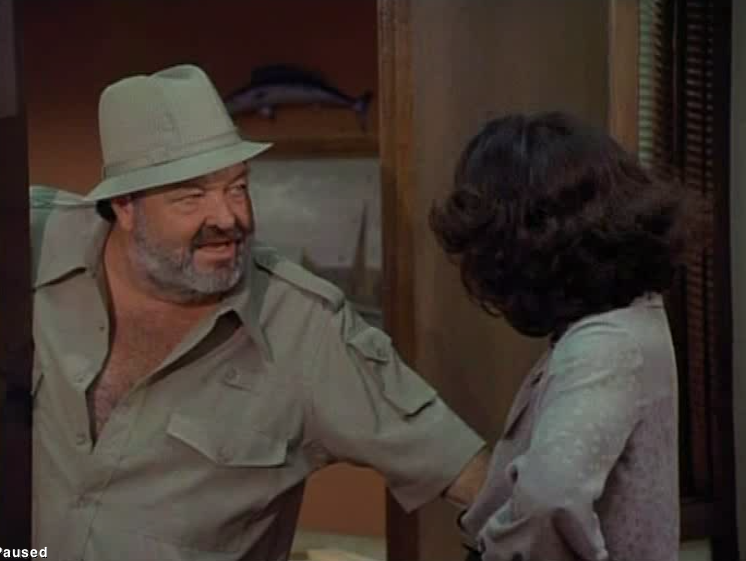 What’s most surprising about this synopsis is that I was able to write it out coherently. Battles is one slapdash, choppy little movie with some misplaced energy and a whole lot of confusion. The cast is great, the locations are gorgeous, and there is definitely a gold nugget of a story somewhere inside this 90-minute mess, but none of it comes together in any real way. Apparently, NBC felt something similar because although six more episodes of Battles were written, they never got the green light. 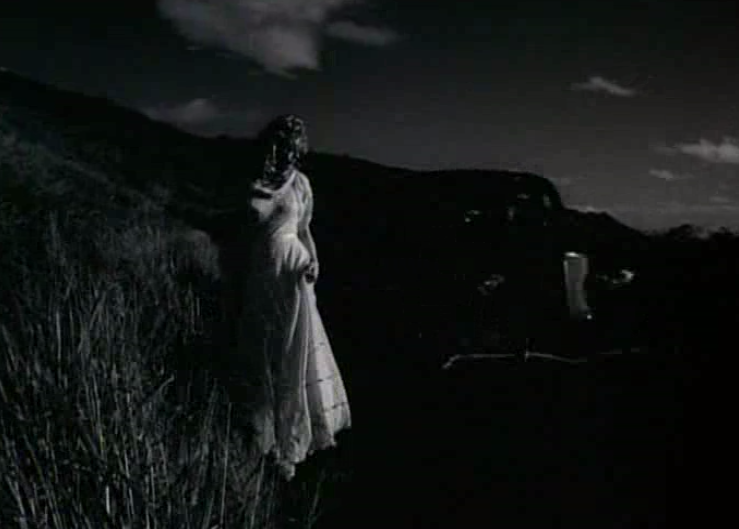 While Conrad is the star, a rag-tag group associated with the university supports him. There is Allan’s daughter Shelby (Robin Mattson), who just knows her dad was murdered (although she cheers up a little too quickly after the fact), and there’s her feathery headed boyfriend Deacon (Lane Caudell), whose creepy aggression disappears by his second scene, and there’s Tuli (Tommy Aguilar), an island native and a con man (and totally adorable), and finally there is Dean Mary Phillips (Marj Dusay), a woman with a murky but intriguing past relationship to Battles. The idea for the series was that this group would get involved with the police on seemingly unsolvable cases. However, they show a general lack of taste in their crime-fighting skills, as noted by their recreation of the events that lead to the original rape! Sheesh. 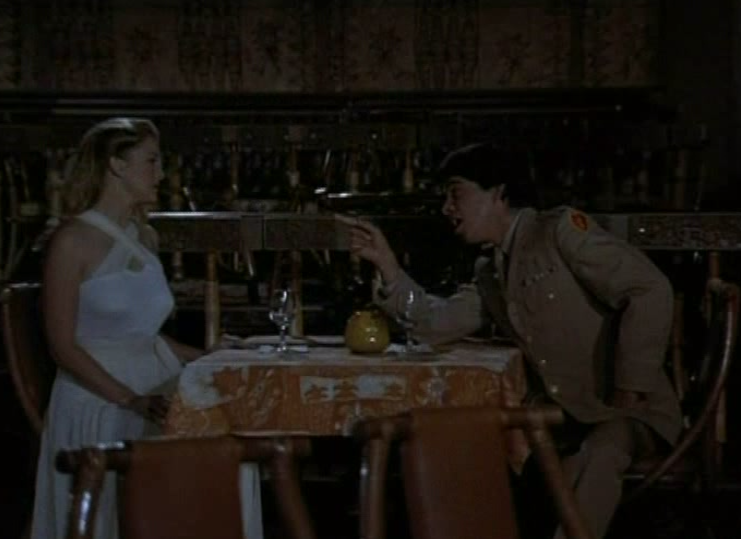 The pilot’s roster of guest stars is fantastic, if misused. Jonathan Hillerman, Jose Ferrer, Mike Kellin and the great Don Porter (aka Gidget’s dad and all around cool actor) make the most of the material, but are only offered one or two moments to look suspicious, and aren’t given a whole heck of a lot else to do otherwise. Produced and co-written by the legendary Glen A. Larson, Battles appeared in the midst of a storm of Larson productions, including another unsold pilot titled Nightside with Doug McClure. But around those two misfires, Larson was also working behind the scenes on The Misadventures of Sheriff Lobo, B.J. and the Bear and the critically derided Galactica 1980 (btw, I kind of liked 1980… screw it!). Also, Larson was the co-creator of Magnum P.I., which also debuted in 1980. Busy man. Perhaps in all this chaos, no one was paying proper attention to Battles, because what is lost is mostly in the details, and a sharper eye may have been able to fix some of the problems. 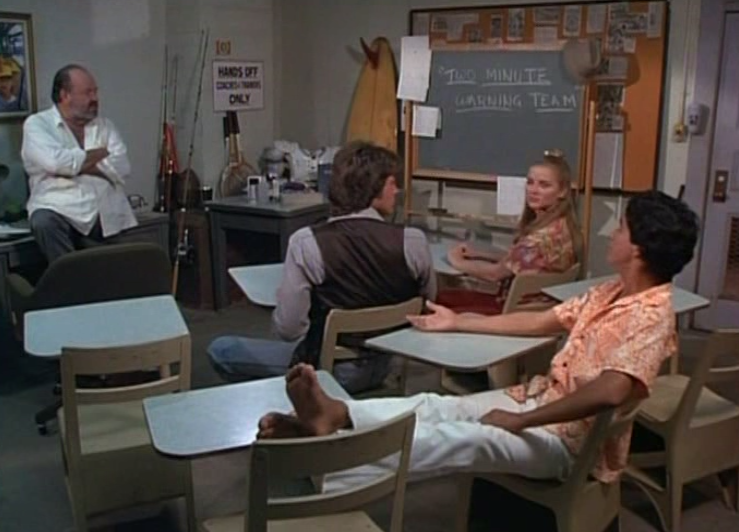 One a positive note (and maybe it’s the Library-Science-graduate-student-to-be in me), I thought the plotline that followed the destruction of archival materials was pretty dang fascinating. Battles used old newspapers to track the original crime (and actually solve it), but found that most of the documentation had either been destroyed in an earlier fire at the newspaper’s headquarters or were recently ruined via a torching of the microfiche records at the college (how could they?!?). To put the pieces together, Battles and crew track the information through old-fashioned footwork, the somewhat guarded spoken history as told by those at the club the night of the rape, and through locating a man so obsessed with the crime that he kept every single newspaper that covered the story. It was research done old-school style, and what can I say, I enjoyed watching the process. 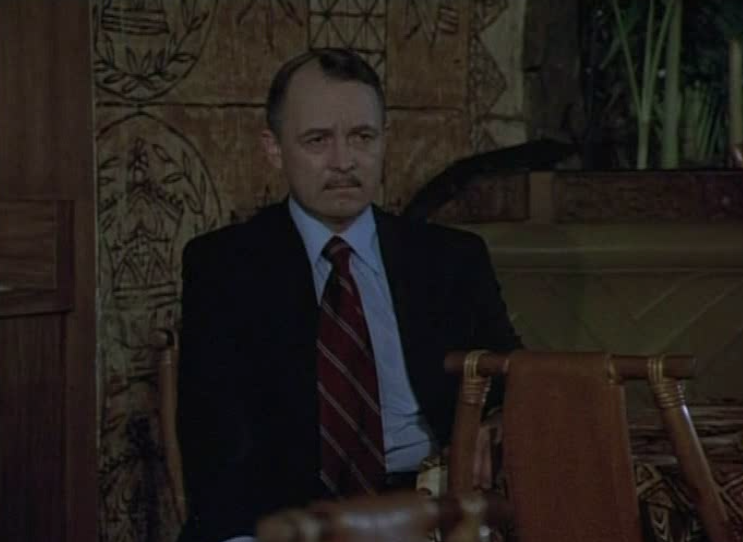 The flashback footage from the 1940s was shot in black and white and clips of the Andrew Sisters performing Boogie Woogie Bugle Boy were inserted into the scene (these scene were lifted from the 1941 film Buck Privates). Turns out, March of 1980 was a big month for the Andrews Sisters because they were also featured in the PBS documentary G.I. Jive, which aired on the 15th. Battles, which ran under NBC’s The Big Event, went directly up against the TV movie premiere of the remake of Amber Waves, starring Dennis Weaver and Kurt Russell. Waves got most of the press and it would seem Battles faded quietly into the background and without much fuss. Conrad came back with a short-lived Nero Wolfe series before landing on his chubby feet with the extremely popular Jake and the Fatman. So, it’s all good, even if Battles is unfortunately not so great.