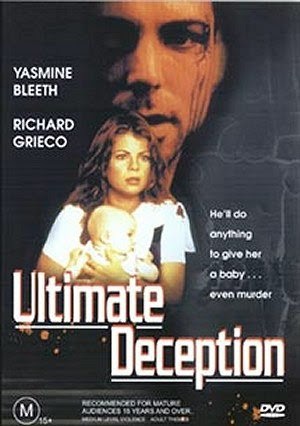 Note: Who knew that a post about a USA Original flick would have a history, but this review was first written for my now defunct Lifetime Kills column, which originally appeared on Planet Fury (I miss you PF). I haven't really changed anything, so you will see some love for LMN throughout. Just a few weeks ago, I mentioned how Lifetime totally made the rep of some of the USA movies through their wise acquisitions, and here we are again! This is pure USA Original baby! Enjoy! 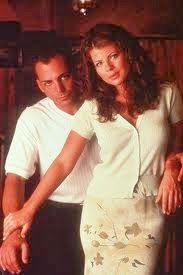 One of my favorite things about the Lifetime Movie Network (and trust me, I love a lot of things about that channel!) is their True Movie Thursdays. Every week they show two movies based on real life events. They can be about anything although most of the films revolve around murder. I've always been fascinated by how filmmakers take these stories and condense them into two hour movies. Ultimate Deception, which originally aired on the USA Network on January 19th, 1999, is an almost a perfect example of how to do it right.

I've never been a huge Richard Grieco fan, but at the same time, I'll pretty much watch anything he's in. I'm not sure why. I think it's because he's kind of terrifies me in the same way Mickey Roarke does - oddly angled features with sinister eyes. Back in his Booker days, he was the be-all-end-all, but I was always slightly creeped out by him. In a film like this, that sleaze quality strongly factors in. And he works it! Grieco is Bobby Woodkin, a low rent con artist who pretends that he works for an ultra secret section of the military. Complete with his pristine white uniform, he appears in and out of Terry Cuff's (Yasmine Bleeth) life. Desperate to please her, he pulls so many capers it would make your head spin like Linda Blair in The Exorcist. Unfortunately, Terry doesn't want anything except a baby. Bobby (who'd gotten a vasectomy years before and not bothered to tell Terry) suggests adoption and tries unsuccessfully to steal a baby. Shortly afterwards, he returns to his hometown to find that his good friend just became a young grandfather.

You see where this is going… 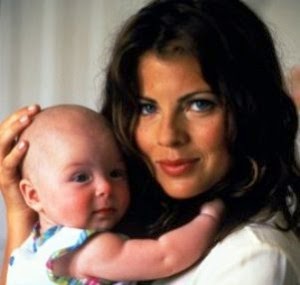 With a plan in action, Bobby takes the new mother out under the guise he's going to buy her and her baby a present and he kills her and absconds with her child. Terry is so overjoyed with having a new infant that she overlooks a lot of little things that Bobby is doing, like when she finds out he's only renting the house he said he bought for her (and he's not even paying the rent anymore!). Eventually Terry wises up and begins to uncover the dark secret of her baby.

Everything up until this point works so well. The story is laid out meticulously for the audience, who will have an uncomfortable time dealing with the facts of the murder. Yasmine Bleeth is great as Terry and although you see her broadly looking past some specific indicators that Bobby has done something horrible, she plays her strong enough that you believe it. And like I said, Grieco is great as her creepy husband who shows little remorse for killing a young mother. This well crafted thriller plugs along splendidly (I even got a little misty eyed) and then in the last 10 minutes, Deception breaks down what it has taken the rest of the film to build up. Terry goes back to her house for "revenge" and the showdown scene borders on hilarious. I don't understand why the filmmaker shifted gears from heartbreaking thriller to "mom on a rampage." But wonders never cease, do they? Luckily, there’s enough good thriller in Ultimate Deception to make it worthwhile. 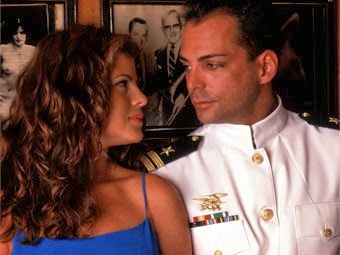