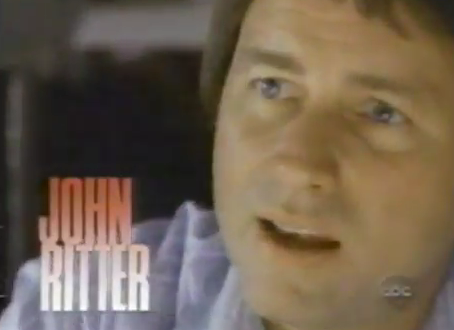 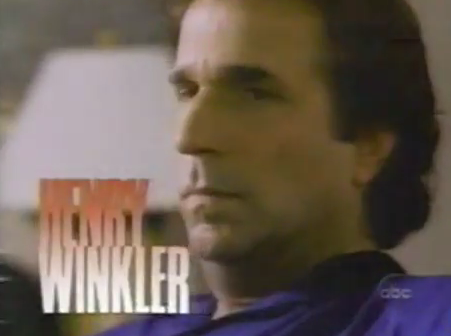 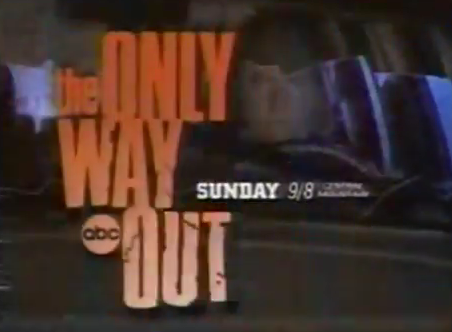 I remember tuning into The Only Way Out when it originally aired in the early 90s. There was no way I was going to pass up a chance to catch John Ritter and Henry Winkler – two of the funniest and nicest men in showbiz – going toe to toe in a surprisingly gripping domestic thriller. The Fonz vs. Jack Tripper?!? That’s front row seat material! I know… I probably needed to get out more. But work with me here, because The Only Way Out is intriguing and suspenseful, and if nothing else, it’s worth catching for Winkler’s excellent portrayal of a manipulative abuser. 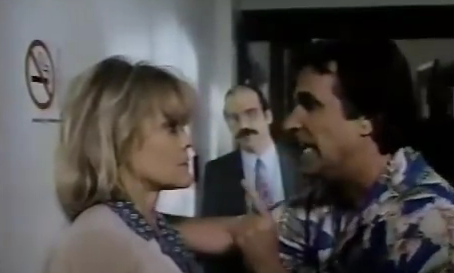 Ritter is Jeremy Carlisle, a nice guy who wants his recent divorce to be as amicable as possible. While the three kids he had with his ex-wife, Lynn (Stephanie Faracy) are mixed on the separation and the couple are obviously lugging around some extra carry on baggage, for the most part things could be much worse. And, the words “much worse” come in the form of a guy named Tony (Henry Winkler), a man who is all goofy on the outside, but a seething cauldron of hot water that is just about to boil over on the inside. His escalation from verbal abuse to violence is quick and terrifying (his groveling regret is just as disturbed), and Lynn isn’t quite sure how to react, so she turns to Jeremy for help. This only serves to aggravate both Jeremy and his new wife Susannah (Julianne Phillips), and it also drags Jeremy into an ugly confrontation where only one will come out alive! 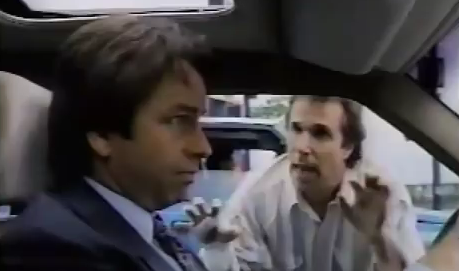 Ritter and Winkler had been searching for a project to do together when the script for The Only Way Out fell into their hands. Originally, the pair was gearing up to work on a comedic TVM titled The Sob Sisters, but the film was scrapped due to script issues. Then they were approached to star in The Boys (a TVM about Columbo's co-creators, Richard Levinson and William Link), but the parts eventually went to John Lithgow and James Woods. Around this time, Ritter had become interested in a British thriller titled One Way Out and his production company, Adam Productions, picked up the adaptation rights. Although Ritter was working on the remake he was surprised that it turned out to be the film that would finally team up the talented comedians. Ritter said, “We didn’t realize that such a heavy, dark piece would give us our first chance to work together, but we’ve wanted to do it for years.” So be it, right? 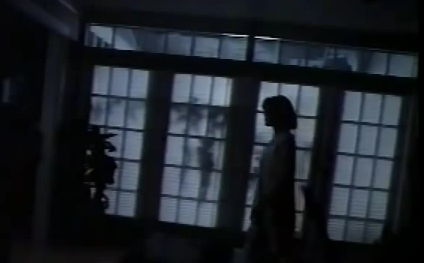 After production, ABC tossed around airdates and the tele-film was originally scheduled to air in November, during sweeps. Ritter believes the creepy thriller was pushed back because some executives were nervous about the heady subject matter and violence. Strangely enough, the network decided to air the TVM during the Christmas season! There's just a touch of irony in there. 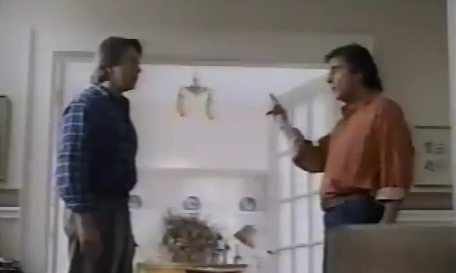 In many ways this top-notch small screen suspenser mimics much of the same frustration of the 1990 theatrical film Pacific Heights, by creating a character that exasperates the bejeezus out of you. Dammit, I wanted to kill off Winkler’s character too. Ritter is maddening as well, because Jeremy cowers more than protects. And yet, I can’t imagine how I’d react to a madman showing up at my house, my work, and every other nook of my life. Critics had mixed opinions on The Only Way Out, but many were fascinated, and ultimately taken in by John Ritter and Henry Winkler’s dramatic turns. Ritter stated that both he and Winkler auditioned for the part of the baddie, but now that I’ve seen the movie (a couple of times), I can’t imagine what it would look like if the roles were reversed because the casting is oh-so-perfect. And, that makes it all the more unfortunate that this engaging thriller has fallen by the wayside.


Check out the promo for The Only Way Out below: