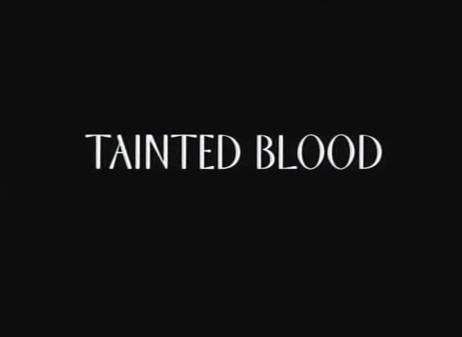 As I mentioned in my review of Running Against Time, I know next to nothing about science. However, even I can detect something hinky in mumbo jumbo, and the scientific shenanigans backing Tainted Blood are questionable at best. The premise banks its foundation on the theory that insanity is inherited. OK, I can run with that, but this small screen thriller takes it one very broad step further by proclaiming that if you are born to a crazy lady who murders her parents, you too will kill your parental unit as well! Yet, despite this (for lack of a better word) insane leap of faith Tainted Blood suggests we take, the film is thoroughly fascinating, and, most importantly, entertaining. Raquel Welch plays a famous journalist named Elizabeth Hays. Elizabeth is known for both her investigation skills as well as her ability to constantly pander to sensationalism. She stumbles across the tragic murder/suicide of a young man and his parents, and explores the possible motives leading to the sad event. This leads her to (hinky) information that suggests the murderous son was adopted and he has a twin sister who may also have a penchant for adopted-parental blood. 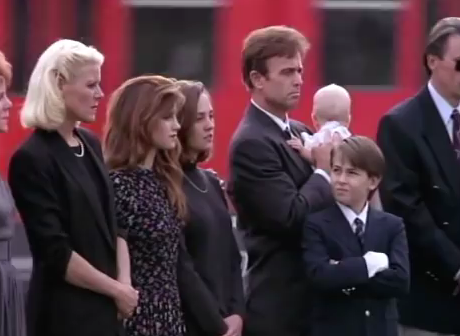 In a town not so far away, two young girls strike up a friendship. Although wildly different, the girls bond over the fact that both have been adopted. Tori (Kerri Green) now belongs to a stable home that is rife with first world problems, such as Tori’s brother’s insistence on reading her diary, but that’s as difficult as things gets in this suburban paradise. Lissa’s (Natasha Gregson Wagner) homelife is another story. Her alcoholic mom (Joan Van Ark) spends most of her days laying bed, drinking and doing her nails (I kid you not) and while she is not physically abusive, there are definitely problems in this crazy household. 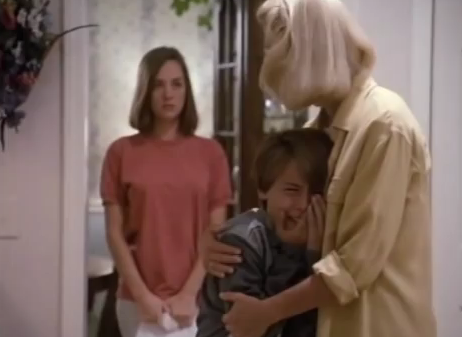 Am I finally at the part where I can talk about Joan Van Ark? Good, because what I wrote above was really only scaffolding for what should be known as the Joan Van Ark Hour (even though the movie is more like two hours, Joan is in about one… so it counts). Joan is absolutely beguiling and delicious in one of the most well played scenery chewing performances in a made for TV movie. No small feat, as we know many divas have taken a shot at over the top material and come out shining. 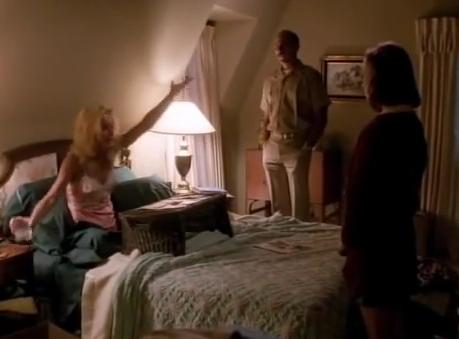 Part of the shock I had watching Van Ark came from my familiarity with her turn as Valene on Knot’s Landing. Valene bugged the heck out of me when she first appeared on Dallas (I swear you could hold a drinking game based on the amount of times she says, “Good ol’ boys"), but I came to love her on the spin-off soap. Even though she was always smack dab in the middle of the save-the-drama-for-your-momma-variety, she came in with subtle and vulnerable performances. I’ve also seen her guest on a few classic shows as well, such as Cannon and Rhoda, and her under-the-radar execution in those parts left me completely unprepared for the dizzying heights she was willing to put her Tainted Blood character through. Color me impressed.

Don’t believe me? Check out Joan in action: 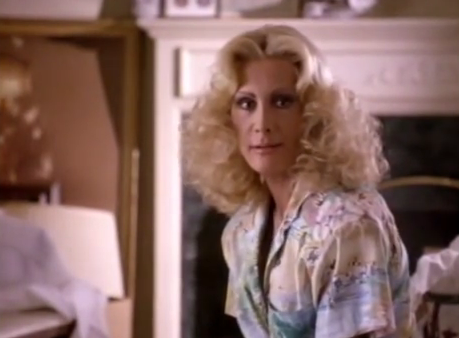 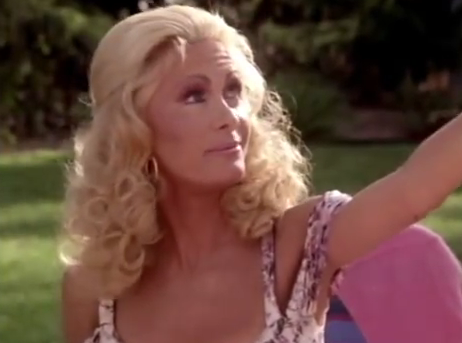 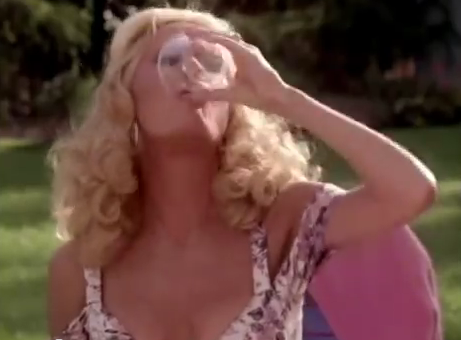 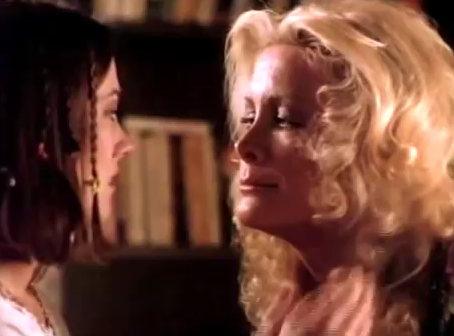 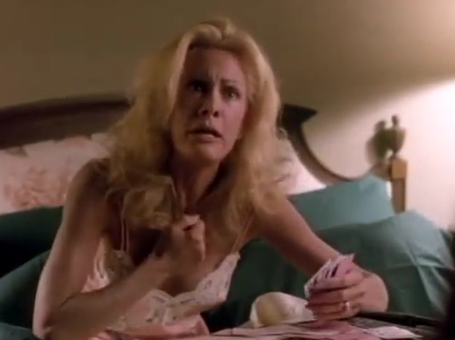 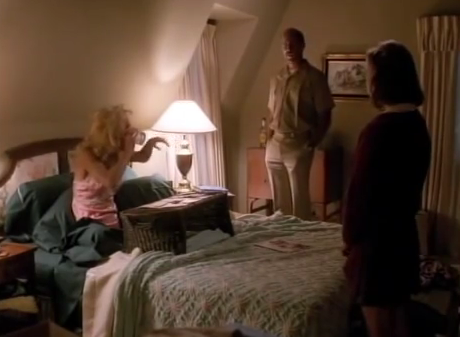 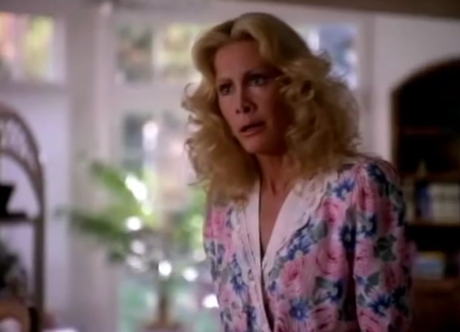 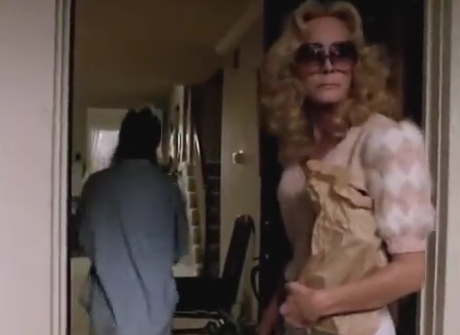 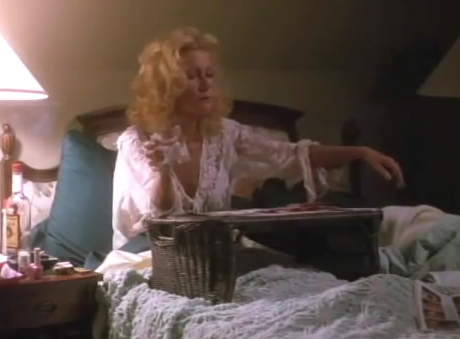 And yet, despite the almost unrestricted boundaries she puts on screen, Van Ark doesn’t seem all that out of place amongst the other far more grounded performances. Tainted Blood, which originally aired on March 3rd, 1993, is all over the map with respect to the character's verisimilitude. And not in a bad way, because this tele-film is all about dubious science that wants to argue about nature vs. nurture, but has to find a way to fly first. The mostly fantastic performances scale the acting meter from realistically sympathetic to WTF, creating an engaging and fun ride. Hinky science, schminky science... give me more of the slender lady with big blonde hair. Whether or not anything proposed in the story could actually happen takes a backseat to setting and style, and Van Ark drew me in, and the film was strong enough to keep me there.

Definitely worth a look, Tainted Blood is on VHS. 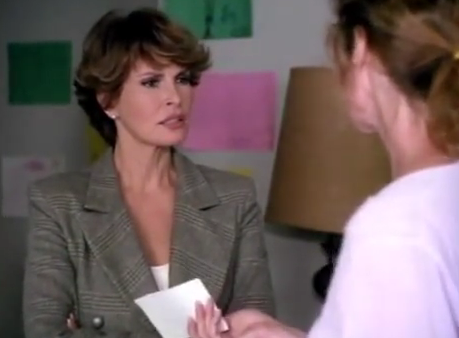